Photo credit: Shyaoman Zhang
Tardigrades have earned the reputation for being one of the most resilient creatures in the animal kingdom, whether it be in the vacuum of space, the depths of a volcano, or even an Antarctic lake nearly a mile underground. A recent study had scientists firing canisters full of tardigrades out of a high-speed gun at various speeds to see if they could survive the pressure of each resulting impact. Read more for a video and additional information.

They discovered that shooting them out at nearly 2,000 miles per hour, the frozen tardigrades could be revived. However, at speeds faster than that, the tardigrades just ended up mushing together and could not be brought back to life. The ultimate goal was to discover if tardigrade-like creatures could survive the conditions required for interplanetary space travel. 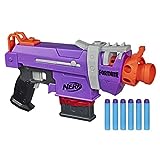