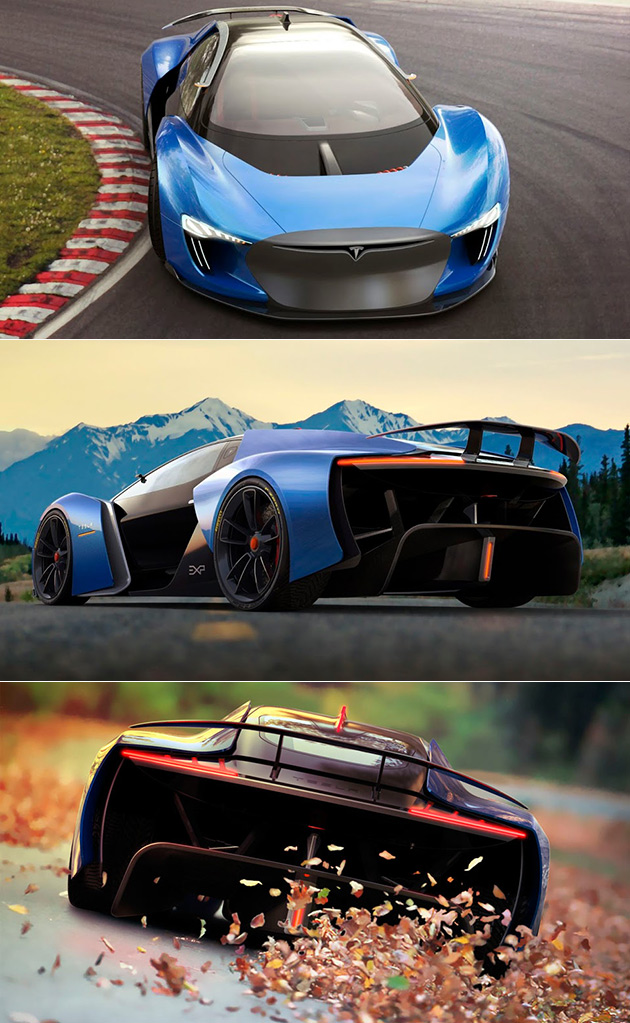 Xabier Albizu, a talented automotive designer from Spain, just couldn’t wait for Tesla to unveil their next sports car. So, he decided to create his own, and named it the “Tesla Model EXP”. This supercar would features four individual electric motors, independent torque vectoring, autonomous driving technologies, and a set of 360° cameras to keep things safe on the road. This model is expected to be slotted above the P100D, which means a price tag north of $140,000. Continue reading for more pictures and information.

“Design wise, the EXP features some familiar Tesla design elements and also takes inspiration from a selection of other supercars. The front of the concept includes a similar face to the Model S and Model X, albeit significantly lower and sportier. At the rear is a horizontal taillight bar that stretches the width of the car and protrudes outward like the Bugatti Chiron. There’s also a deployable spoiler and a bold rear diffuser similar to the Jaguar C-X75,” reports Car Scoops.

2016 USSV Rhino GX is a Street-Legal Armored Vehicle, Has Body Made from 18 Gauge Steel