The halo you see above this mountain isn’t a UFO, but rather a clever photography trick by Reuben Wu. He created this effect by using LEDs mounted to drones to illuminate landscapes at night for his “Lux Noctis” series. The halos are flown above the peaks of mountains in circles during long-exposure photos. Continue reading a video, more pictures and information. 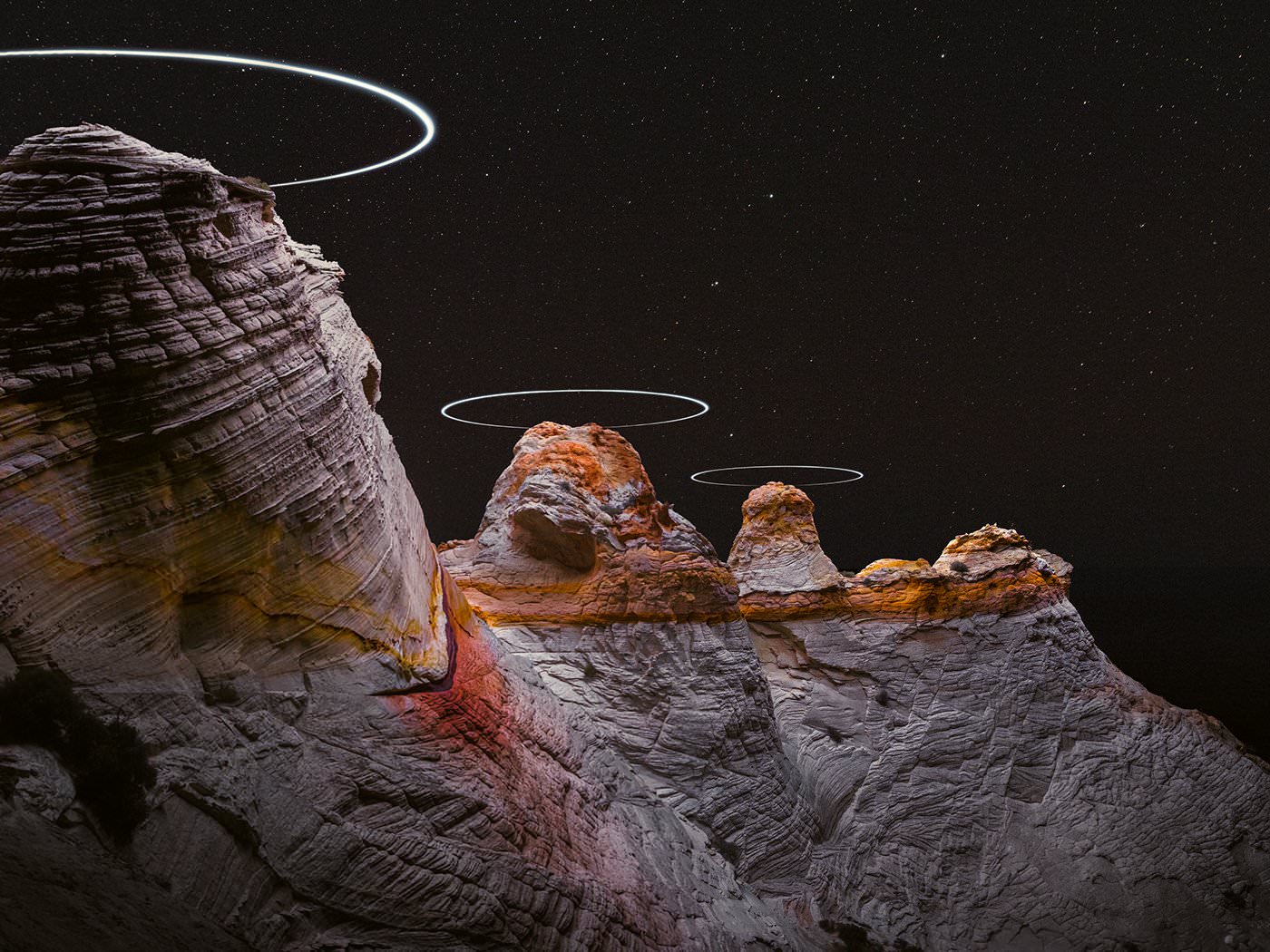 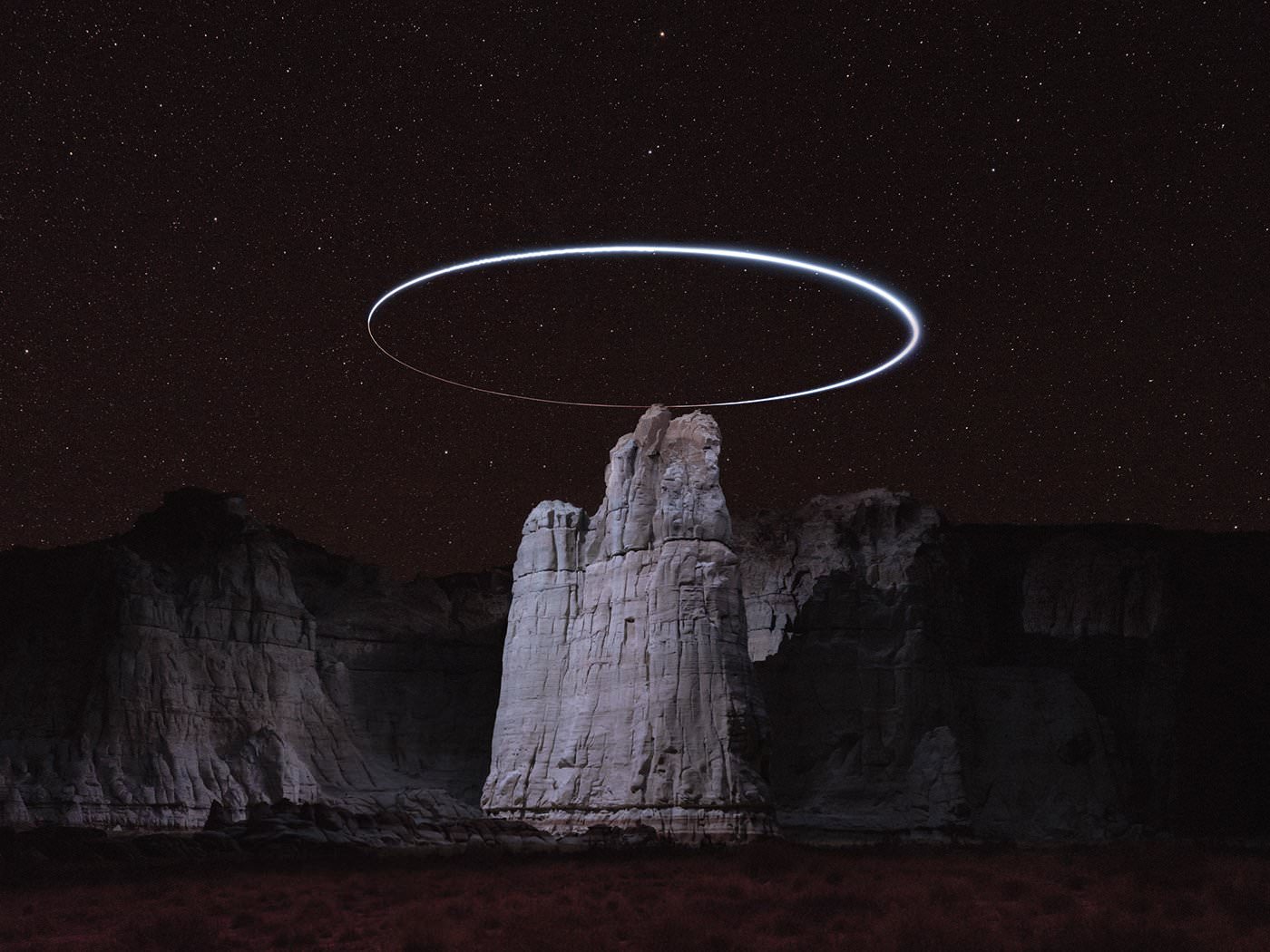 “The circles are actual light paths of the modified drone I used to light the landscapes. In some of these images, I’ve evolved my process of intervention where I show the light source in the form of a light path. I see it as a kind of ‘zero trace’ version of land art where the environment remains untouched by the artist and at the same time is presented in a way which is inspired by 19th-century sublime Romantic painting and science and fictional imagery,” Wu told Peta Pixel.

Goodyear’s Oxygene is the World’s First Living Tire, Has Moss Growing in the Center