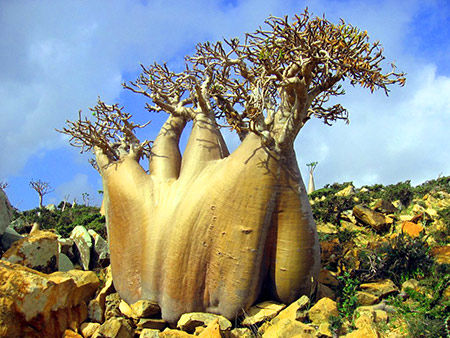 Socotra is a small archipelago of four islands in the Indian Ocean. The largest island, also called Socotra, is about 95% of the landmass of the archipelago. The island is very isolated and a third of its plant life is found nowhere else on the planet. It has been described as “the most alien-looking place on Earth”. One of the most striking of Socotra’s plants is the dragon’s blood tree (Dracaena cinnabari), which is a strange-looking, umbrella-shaped tree. Its red sap was thought to be the dragon’s blood of the ancients, sought after as a dye, and today used as paint and varnish. Continue reading for more.

Interesting Look at the C-5 Galaxy, a Gigantic Plane That Can Transport Tanks, Helicopters and More

This is Not a 3D Model, Just a Real Remote-Controlled Airbus A380