Mail Online gives us a first look at what could possibly be Apple’s upcoming smart ring, based on patents the company filed. This device has its own touchscreen interface, as well as motion sensors that monitor the wearer’s hand movements, a microphone for Siri, and haptic feedback to alert a wearer of notifications. “A user’s hands may be preoccupied with another task, for example, or the user’s hands and/or arms may become fatigued after holding the device in a viewing position for extended periods of time. The light emitted by a touchscreen may be inappropriate in certain social environments or even dangerous if it gives away the position of a threatened use,” said the patent. Continue reading for another picture and more information. 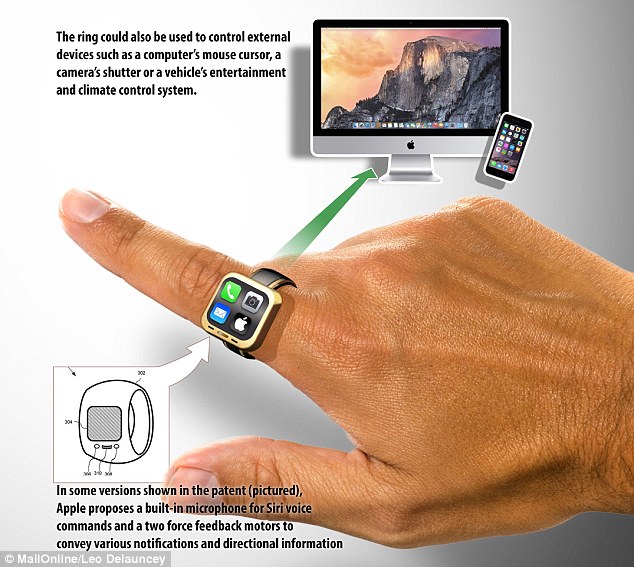 “The Apple patent application was published by the U.S. Patent and Trademark Office on Thursday and is titled ‘Devices and Methods for a Ring Computing Device’. It describes the ring as: ‘A wearable ring device comprising: an annular member defining an aperture there through that is sized for receipt therein of a first finger of a user; a computer processor housed in the annular member; a touchscreen electrically connected to the computer processor and disposed at least partially at an outer peripheral surface of the annular member, wherein the touchscreen is configured to receive input from a second finger of the user,'” according to Mail Online.

When Not in Use, This Surgical-Grade Knife Folds Into a Credit Card, Get One for $3.29 Shipped – Today Only

Supercharge Your Computer with SanDisk’s Internal 240GB SSD Plus, Get One for Under $70 Shipped – Today Only