Shipping yourself in a box definitely isn’t a good idea, and this scenario is one example. Simply put, Hu Seng from Chongqing city in southern China shipped himself in a box to surprise his girlfriend, Li Wang. However, he didn’t think to punch air holes and nearly died after the courier service mis-routed the box. Continue reading for more pictures and information. 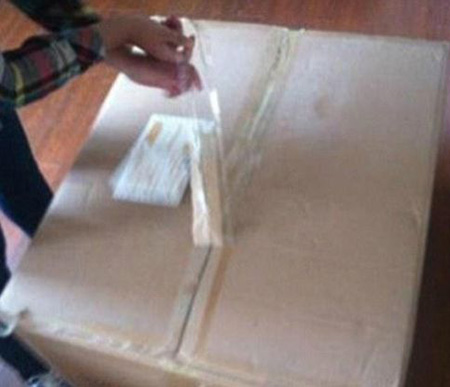 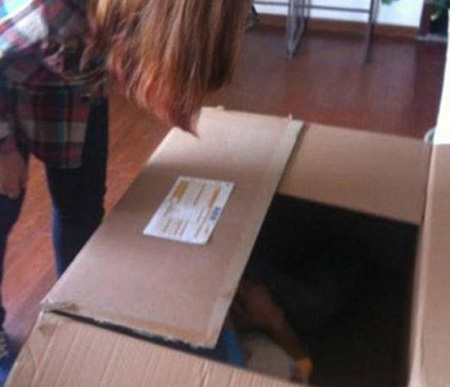 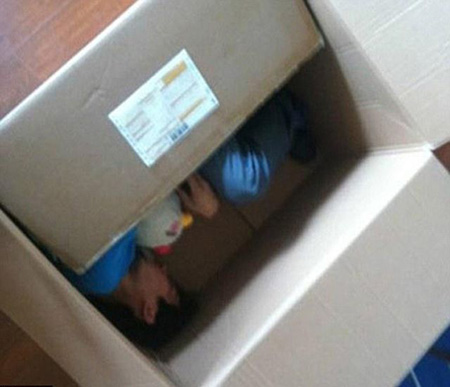 As mentioned above, there was a horrifying twist of fate in which the unsuspecting couriers mixed up the address and instead of spending a mere 30 minutes in the sealed box, Mr. Seng was trapped inside for nearly three hours. The box material was too thick to easily punch air holes without ruining its structural integrity. By the package had arrived at his girlfriend’s office, Seng had passed out and had to be revived by paramedics.