ThrustSSC is a jet-propelled car developed by Richard Noble, Glynne Bowsher, Ron Ayers and Jeremy Bliss. It holds the World Land Speed Record, set on October 15, 1997, when it achieved a speed of 1,228 km/h (763 mph), becoming the first car to officially break the sound barrier. The car was driven by Royal Air Force fighter pilot Wing Commander Andy Green in the Black Rock Desert in the state of Nevada. Continue reading for more cool facts. 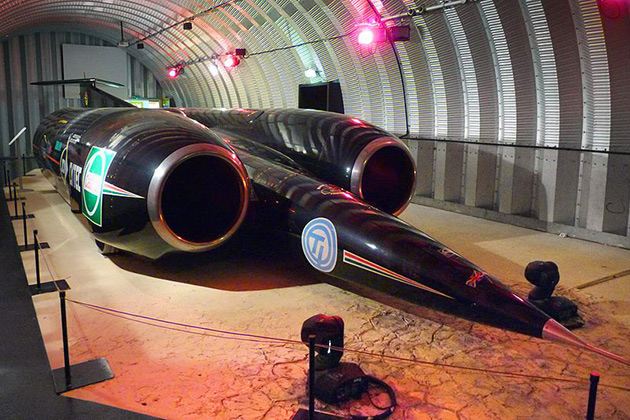 4. Tested in Al Jafr Desert Prior to Record Run 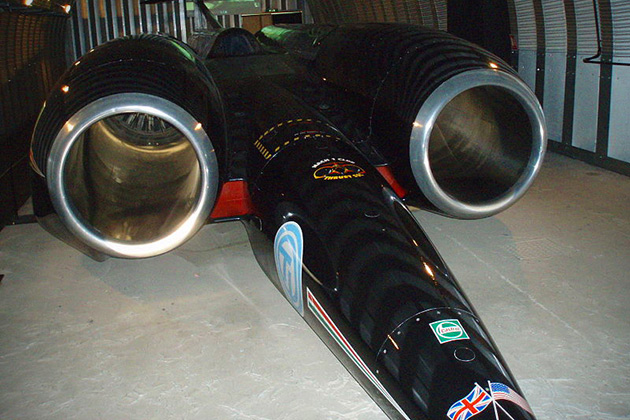 The record run in October 1997 was preceded by extensive test runs of the vehicle in autumn 1996 and spring 1997 in the Al-Jafr desert (located in Ma’an Governorate) in Jordan, a location unknown before for its capabilities as a test range for high speed land vehicles, with numerous advantages compared to the salt deserts of the Western United States. 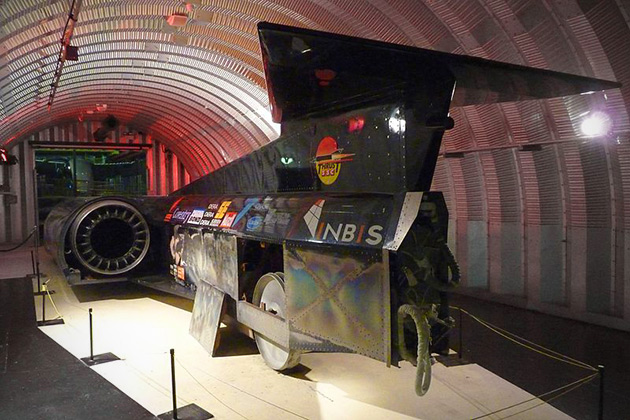 The ThrustSSC is housed in a barrel-roofed hall at the Coventry Transport Museum in Coventry, England. Visitors can board the pit trailer from which ThrustSSC runs were controlled, and can ride a motion simulator depicting a computer-generated animation of the record-breaking run from the perspective of Green.

In 1983 Richard Noble had broken the world land speed record with his earlier car Thrust2, which reached a speed of 1,018 km/h (633 mph). The date of Andy Green’s record came exactly a half century and one day after Chuck Yeager broke the sound barrier in Earth’s atmosphere, with the Bell X-1 research rocket plane on 14 October 1947.

After the record was set, the World Motor Sport Council released the following message: “The World Motor Sport Council homologated the new world land speed records set by the team ThrustSSC of Richard Noble, driver Andy Green, on 15 October 1997 at Black Rock Desert, Nevada (USA). This is the first time in history that a land vehicle has exceeded the speed of sound. The new records are as follows: Flying mile 1227.985 km/h (763.035 mph); Flying kilometre 1223.657 km/h (760.343 mph). In setting the record, the sound barrier was broken in both the north and south runs.”

R2-D2 USB Car Charger Might be the Droid You’re Looking For, Complete with Sound Effects

Credit Card-Sized CardSharp2 Folding Knife Easily Fits in Your Wallet, Get One for $2.12 Shipped – Today Only