These ten modders / geeks take creativity to the next level by giving new life to the Nintendo Game Boy. Sure, not all of them are functional (or practical), but it’s the thought that counts…right? Which ones are your favorites? Continue reading to see them all. 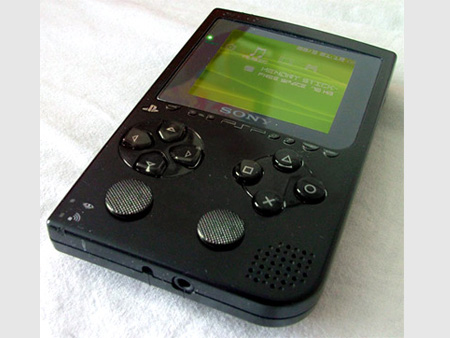 Created by “MOD SOUL”, this PSPBoy mockup gives us a glimpse at what might have been if Sony and Nintendo had partnered to develop a portable gaming system. I’m going to put my Sony and PSP hating aside to just mention how freaking awesome this mod is. I mean come on, a PSP, inside of an older Gameboy, how awesome is that?

What happens when you combine a Nintendo Game Boy, fake white iPhone 4, and HTC Aria into one device? The strange-looking gadget above. In other words, “starting with the HTC Aria, builder Goteking stuck the phone inside a hollowed out GameBoy case, then attached the fake iPhone4 to the back.

Anyone that stood in line for hours in hopes of getting an N64 on launch day might savor at the thought of a portable version that is no larger than a Game Boy Advance. For non-gamers, Hailrazer’s N64Boy Advance is an awesome custom console nonetheless.

You might be thinking, not another song made with random sound bits from video games, but Game Boy Music is not what you think. It consists of sounds made by tapping the Game Boy itself.

Here’s something you don’t see everyday: a Nintendo Game Boy that’s been hacked to play games on an oscilloscope. To be more specific, “a PM3065, a 100MHz dual channel cathode ray scope and apparently a collaboration between Fluke and Phillips.” 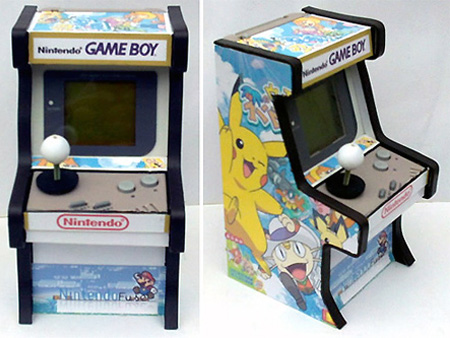 Plenty of arcade cabinets can still be picked up on the cheap, but how many can turn your Nintendo Game Boy into a desk entertainment center? Well, there’s 10 currently. They were created “by removing and angling the handheld’s controls, and swapping out the 4-way directional pad with an actual joystick.”

Nintendo’s Game Boy isn’t exactly synonymous with Victorian-era England, but this custom Steampunk creation wants to change that. It features a “Pro Sound Mod audio output, so you can hear the appropriately cheesy soundtrack that came with most games back in the early ’90s.” 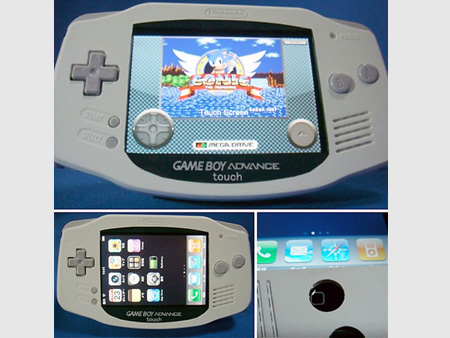 With this clever guise, friends and family alike will be none the wiser when you pull out your iPhone, as it’s concealed in a Game Boy Advance case. Unfortunately, only one button on the console is functional, and that’s the “B” (home button).

So it’s not exactly a giant Game Boy turned costume, but rather a fan-made creation that consists of a laptop running an emulator, with the controls mapped to giant buttons. 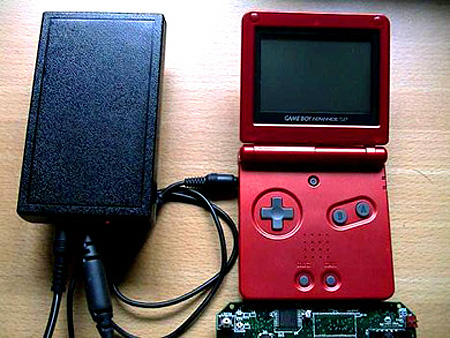 That’s right, Simmunity has created the world’s first tongue-controlled GameBoy Advance SP. This modified console is compatible with most titles, but “games which require multiple simultaneous button closures will require an assistant to help push extra buttons during play.” Here’s how it works: “…we added a new jack for the receiver input. This receiver processes signals from the tongue-touch keypad and, in this case, relays them to a second micro-controller computer chip inside the Game Boy, added by Simmunity, to decode the receiver signals and activate the Game Boy Advance SP buttons.”