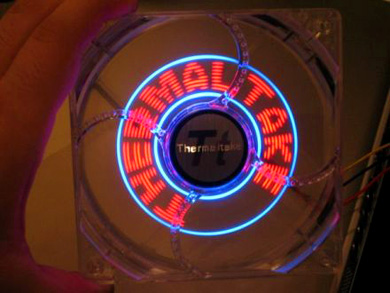 Apple isn’t the only one cashing in on the “i” gadget craze, check out some of the others.

Sergio Trujillo designed this interesting “iCapOpener” accessory for the iPod Shuffle. It basically slips right onto one end of the player and acts as a bottle opener — great for parties.

We praise him for the time it took to make this movie, but the practicality of the thing leaves something to be desired. Plus, we think the iPod Shuffle is getting replaced by a lower-end iPod Nano come WWDC anyway

Similar to Toyota’s i-Unit concept, the i-Swing “has a ‘wearable’ quality, almost like an item of clothing: its low-resistance urethane body is covered in cloth to soften any impact, should it bump into anyone on the street, and an LED panel can be customised to suit the owner’s mood.”

Designed by Hideo Miwa from yes, Toyota, it’s named the i-swing and looks like a chair on wheels, or a jetpac. The designer believes that cars will evolve into more of a wearable design

What happens when a bulletproof iDisk gets shot at by a .500 Magnum? It’s not very pretty to say the least.

Not so with Pretec’s iDisk flash drive, which actually goes so far as to claim that it’s “bulletproof,” spurning a few shooters at a gun club to grab a few pistols, a camcorder, and give it a go. Initially, the battle-tested drive brushed off a 9mm round, .357 shot, and even a .44 slug without too much damage to the enclosure

What sets ThermalTake’s iFlash apart from other computer fans is that it boasts a built-in POV. Here’s the bottom line:

Reviewer Thomas gives the lively air mover a nine out of ten rating, harshing on it only for its curious but rather minor omission of a Fahrenheit mode (i.e. all temps are shown in Celsius)

The George Forman iGrill isn’t just a BBQ grill, it comes complete with a USB port/dock and an integrated 10W speaker system.

The clever folks at ThinkGeek may have beaten him to the punch with their April Fool’s Day edition iGrill, but it seems that George Foreman isn’t one to let a good branding go unused, trotting out his own iGrill that’s very, very real

Similar to Samsung’s K5, the iEgg boasts a built-in speaker for listening on the go. Plus, it sports a 3.5mm headphone jack so “you can plug it into your computer to use it as a standalone speaker.”

Who says portable audio players should easily fit in your pocket? That’s the tyranny of the iPod’s market dominance talking, you sheep. Why don’t you think for yourself for once and open your mind to an audio player that will create an awkward bulge in your pocket and will roll off your desk if you set it down?

The iLamp is not only a functional desk lamp, it boasts an iPod dock and built-in stereo speakers. That’s not all, the iLamp comes in six different designs, each with unique bulbs and wacky names, priced at a reasonable $89USD.

…you can plug in other players, too — anything with a headphone jack, really. There are even versions of the iLamp Collection that include desktop organizers so you have a place for your pens, clips and other small items

The iLane interacts with any Bluetooth-enabled device and can read aloud “in a ‘natural sounding voice’ no less, summaries of email messages.” Plus, it supports multiple languages — including English, French, Spanish, German, Italian, Dutch and Portuguese.

You can send a voice command back to iLane and it will send instructions to the handheld device. The handheld carries out the instructions, such as sending replies, auto-forwarding messages, accepting calendar request and a lot more

Just what we need, another iPod accessory. The iChair does deserve some credit though, it features two speakers, a subwoofer, iPod pocket, and a nice integrated control panel by your right hand. It’s solidly constructed with a wood frame (weighted base) and sleek faux suede trim. [Source]

“People who use pacemakers should never wear this shirt.”