Aquatopia is an attraction you’ll only find at the Tokyo DisneySea theme park in Japan, located in the Port Discovery area of the park. It’s touted as the second of only three attractions in the world to use a new trackless ride system designed by Walt Disney Imagineering. This ride is the successor to both Disneyland’s Motor Boat Cruise and the Autopia, from which Aquatopia received its name as homage. It consists of around three dozen vehicles designed to look like personal hovercrafts which move independently from each other at quick speeds through a large water lagoon. Continue reading for more. 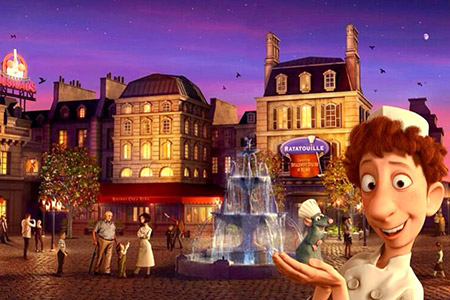 Remy’s Adventure is contained in La Place de Remy, the new mini-land that opened on July 10th, at Walt Disney Studios Park, part of Disneyland Paris. This new area is a multi-sensory experience designed to celebrate both the movie and the nearby city where its story takes place. Tom Staggs, chairman of Walt Disney Parks and Resorts, says: “La Place de Remy celebrates one of ‘Ratatouille’s’ biggest stars, Paris – the culture, the architecture and the food, and it’s extremely fitting that our first attraction based on the award-winning film will call Disneyland Paris its home.” 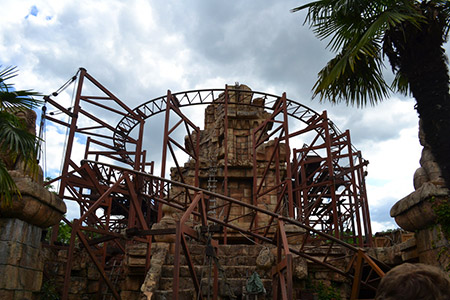 The attraction is designed around the theme of an expedition to the lost Temple of Peril. The queue wanders through an abandoned base camp, meandering toward the temple where guests climb a staircase to the temple entrance. Inside the temple, guests board a mine car. According to Disney Imagineer Tony Baxter, “Temple du Peril is a traditional roller coaster attraction; the roller coaster cars, which are supposed to be mine cars, are going up and down over the surface of the temple, clearing debris or putting back the artifacts and so forth. It’s a very simple little premise. Then the car seems to goes out of control and upside down during its trip around the various temple pieces.” 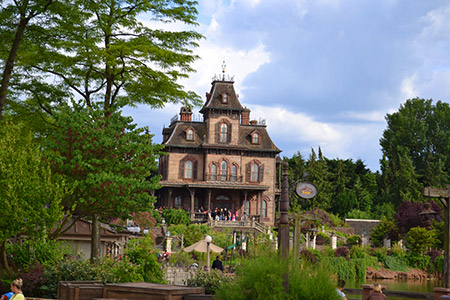 Disneyland Paris is home to Phantom Manor, a “re-imagined” version of the Haunted Mansion. The house is a Western Victorian, in the Second Empire architectural style, based on the look of the Fourth Ward School House in Virginia City, Nevada. Along with the Western architectural style, the attraction uses a Western plot to fit in with the Thunder Mesa and Frontierland backdrop. 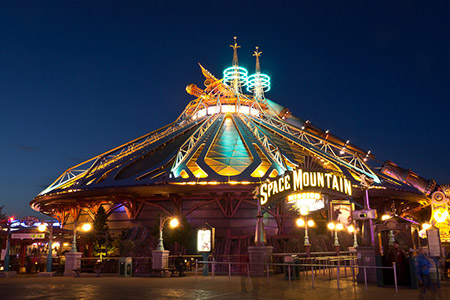 Space Mountain: Mission 2 is an enclosed roller coaster attraction in Discoveryland at Disneyland Paris themed around a journey into outer space. It is the only Space Mountain to feature inversions and a section of the ride outside the mountain, that being the station and cannon. The attraction was also the first roller coaster to feature a Synchronized On-Board Audio Track (SOBAT). The audio track was written by Steven Bramson and was in keeping with the Victorian theme.

1. Journey to the Center of the Earth – Tokyo Disney Sea 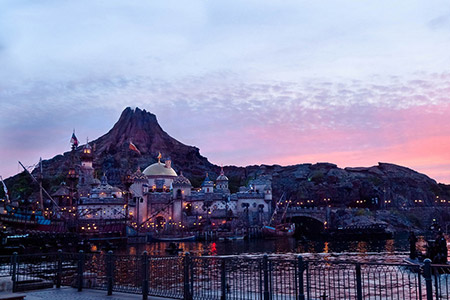 Clock Tower Turned Penthouse Apartment is Fit for a King