When you’re tired of building robots, arcade machines, and music sequencers, it may be time for working LEGO weapons, like a G36 or L85A2. Continue reading to see five of our favorite Jack Streat-made LEGO weapons. 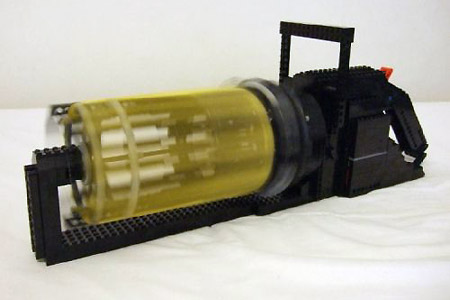 It’s not called the Obliterator just cause it’s big. This incredible yet functional LEGO weapon is “an obliterating rubber band minigun [with] two speeds, 8 barrels, [and] 104 rounds of obliteration.” 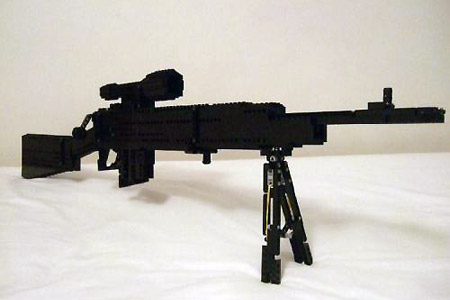 According to Jack Streat, this Lee Enfield Jungle Carbine is based on the real gun. Featuring a smooth bolt-action mechanism, two removable 6-brick magazines, scope, and a folding bi-pod. It was built completely from scratch. 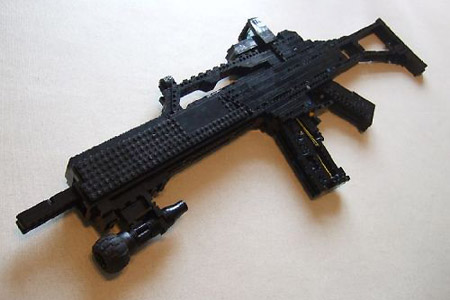 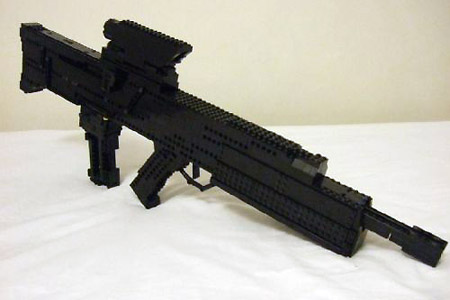 For those unfamiliar with this weapon, the L85A2 “is the British Infantry Rifle, and is the most used variant in the SA80 family.” This particular model “fires bolt action from 11-brick magazines” and features a very dense structure (weight) for added stability. 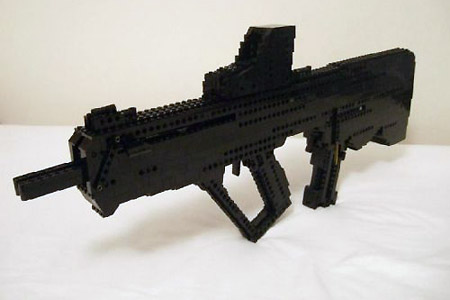 We just had to save the best for last, especially since the Tavor CTAR-21 (Compact Tavor Assault Rifle of the 21st Century) is one of the newest weapons to hit the battlefield. This amazing LEGO version features “a cocking handle that can switch sides and several different sights.”

Brick master Mark Puustinen built an incredible flamethrower that works by winding a little round knob which pulls the string which pulls the lever which pushes the bottle of butane against a holder with a hole from which butane shoots out from. This homemade LEGO flamethrower is completely built with LEGO toy building bricks. Only thing not LEGO is a piece of string and a refill bottle of butane gas which is commonly used in butane lighters and can be bought in almost any supermarket or grocery store.

Cybermonday Deals – Inside One of Amazon’s Largest Warehouses