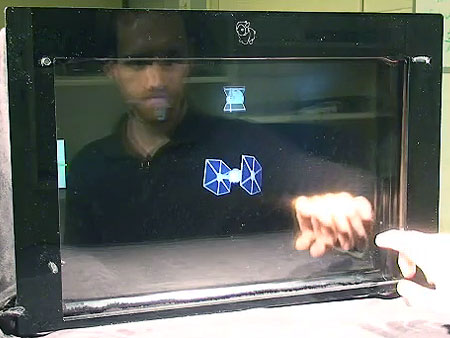 MIT, or the Massachusetts Institute of Technology, is known for its strong emphasis on scientific and technological education as well as research. So, it’s no surprise that many of the school’s students have created some cool projects over the years. Continue reading to see five of the coolest.

MIT Media Lab researchers have created a new imaging system that can acquire visual data at a rate of one trillion frames per second. That’s fast enough to produce a slow-motion video of light traveling through objects.

The City Car. A concept proposed for dense urban areas, the City Car is a stackable car for two passengers. By placing stacks at key points of convergence, such as bus and subway lines, the system offers travelers the flexibility to combine mass transit with individualized mobility. Each stack receives incoming vehicles and electrically charges them, then users simply remove a fully-charged vehicle from the front of the stack just as they’d pick up a luggage cart at the airport.

Siftables aims to enable people to interact with information and media in physical, natural ways that approach interactions with physical objects in our everyday lives. As an interaction platform, Siftables applies technology and methodology from wireless sensor networks to tangible user interfaces. Siftables are independent, compact devices with sensing, graphical display, and wireless communication capabilities. They can be physically manipulated as a group to interact with digital information and media. Siftables can be used to implement any number of gestural interaction languages and HCI applications.

Mouseless is an invisible computer mouse. It provides the familiarity of interaction of a physical mouse without actually needing a real hardware mouse. Mouseless consists of an Infrared (IR) laser beam and an Infrared camera. Both IR laser and IR camera are embedded in the computer. The IR camera detects those bright IR blobs using computer vision. The change in the position and arrangements of these blobs are interpreted as mouse cursor movement and mouse clicks. As the user moves their hand the cursor on screen moves accordingly. When the user taps their index finger, the size of the blob changes and the camera recognizes the intended mouse click.

The BiDi Screen is an example of a new type of I/O device that possesses the ability to both capture images and display them. This thin, bidirectional screen extends the latest trend in LCD devices, which has seen the incorporation of photo-diodes into every display pixel. Using a novel optical masking technique developed at the Media Lab, the BiDi Screen can capture lightfield-like quantities, unlocking a wide array of applications from 3-D gesture interaction with CE devices, to seamless video communication.