Sleek and stylish, the McLaren P1 is a limited production plug-in hybrid sports car by British automotive manufacturer McLaren Automotive. The concept first debuted at the 2012 Paris Motor Show and deliveries to retail customers began in October 2013. Believe it or not, the entire P1 production of 375 units was sold out by November 2013, despite retailing at over £1-million. Continue reading for five cool things you may not have known about the hypercar. 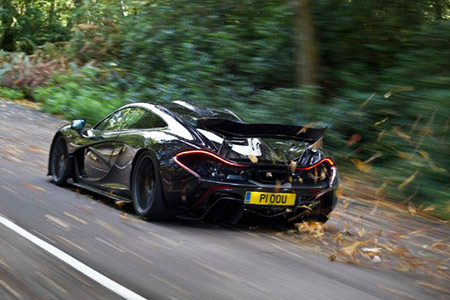 The P1 features a 3.8L twin-turbocharged V8 engine delivers 727bhp and 531 lb-ft of torque at 7500 rpm, combined with an in-house developed electric motor producing 176bhp and 192 lb-ft of torque. With both motors, the P1 will have a total power and torque output of 903bhp and 722 lb-ft of torque respectively. Power for the electric motor is stored in a 324-cell lithium-ion high density battery pack located behind the cabin, developed by Johnson Matthey Battery Systems. The battery can be charged by the engine or through a plug-in equipment and can be fully charged in two hours. The car can be operated using either the petrol engine, the electric motor or with a combination of the two. The P1 has an all-electric range of at least 10 km (6.2 mi) on the combined European drive cycle with a limited max speed of 217 mph (349 km/h). 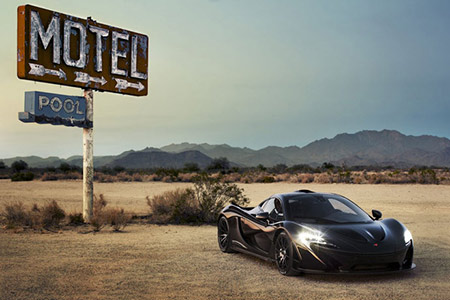 The P1 comes with Formula 1 derived features such as the Instant Power Assist System (IPAS), which will give an instant boost in acceleration via the electric motor, a Drag Reduction System (DRS) which operates the car’s rear wing, thereby increasing straight line speed, and a KERS. Both of these features (IPAS, DRS) are operated via two buttons on the steering wheel. 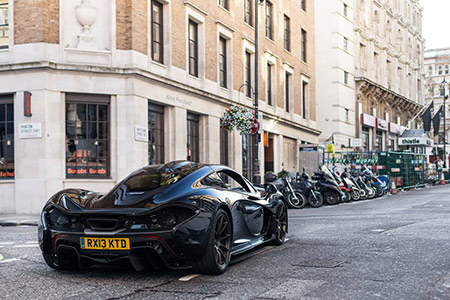 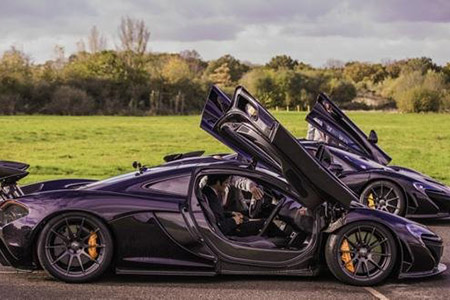 Hand-assembled by a select team of 61 engineers, at a production rate of 1 car per day McLaren expected to build 50 P1s by the end of 2013. The first delivery to a retail customer took place at the company’s headquarters in Woking, England, in October 2013, with 12 units manufactured by mid November 2013. 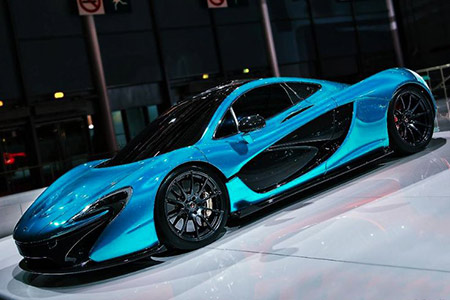 The car makes an appearance as a re-bodied version in the film Need for Speed, and in the twenty-first series of Top Gear, in which Jeremy Clarkson describes the speed of the P1 as unbelievable. The P1 starred in the announcement trailer for the Xbox One racing game Forza Motorsport 5. The P1 also appears as a playable racer vehicle in Need for Speed: Rivals, and is added to Real Racing 3 along with the December 2013 update.