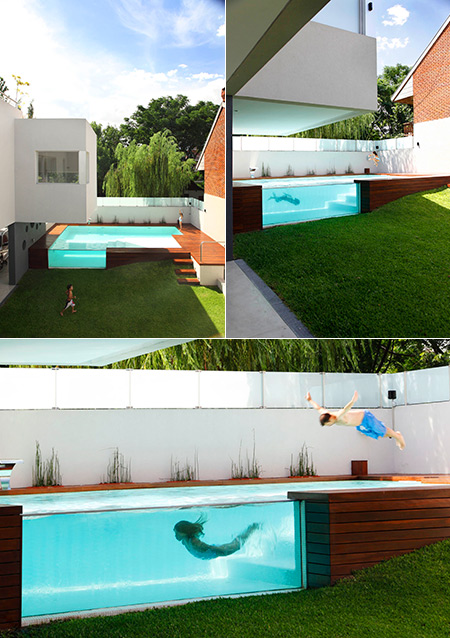 The amazing pool you see above – part of a home in Villa Devoto, Argentina – was designed by Andres Remy Arquitectos. What sets this one apart from others is that it is elevated from the ground, creating a glass wall that allows views from within, and outside, from different points in the house. We’ve rounded up five more cool and creative backyards that geeks would love. Continue reading to see them all. 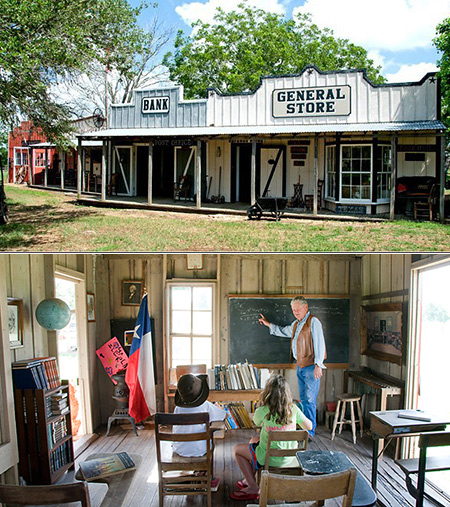 Believe it or not, Jimmy Helms, a retired dentist, spent approximately 14-years transforming his backyard in Texas into a town you’d see in the Wild West, complete with a general store, saloon, functional schoolhouse, and small church. None of the buildings are facades. 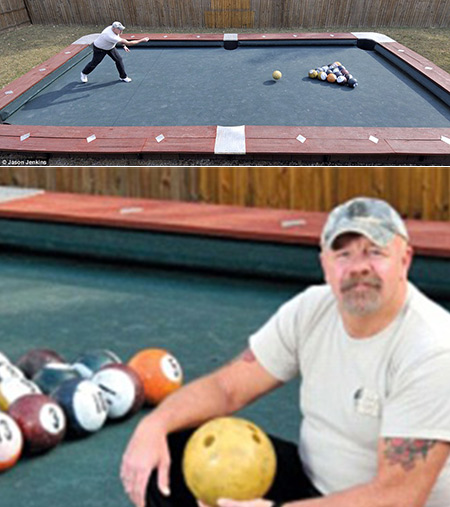 Most people dream of simply having a swimming pool in their backyard, but this enormous billiards table, believed to be the largest in world, was a dream come true for former cage fighter Steve Wienecke. He used five truck loads of gravel and spent 250 hours to build the one-and-a-half feet high felt-covered pool table. 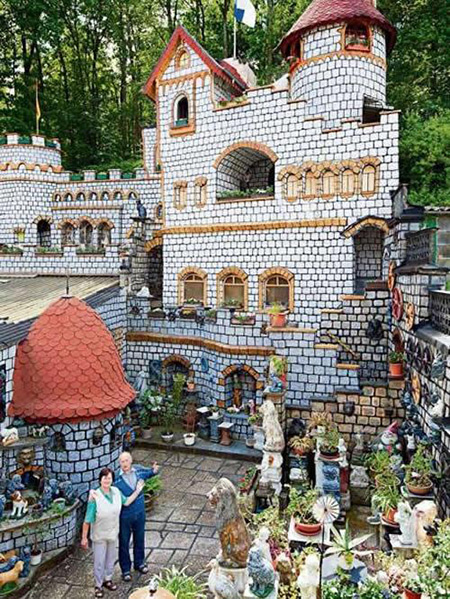 Heinz and Hildegard Schenewolf, from Dudweiler, Germany, spent the last 37-years building a 350 square-foot fairy tale castle, right in their own backyard. The 76-year-old castle enthusiast spent nearly the last 4-decades building his masterpiece out of stones, bricks and thousands of bags of cement. 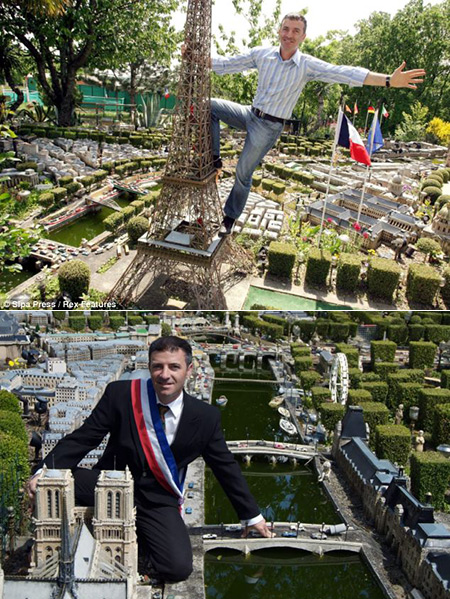 Paris is known the world over as the city of love, and one Frenchman has taken l’amour a step further, albeit in a slightly in-Seine way. Gerard Brion spent 15-years and more than 20,000 hours hand-crafting a miniature version of the French capital in his backyard using recycled materials. He used soup cans, baby food jars and other bits of waste that would otherwise be destined for landfills. 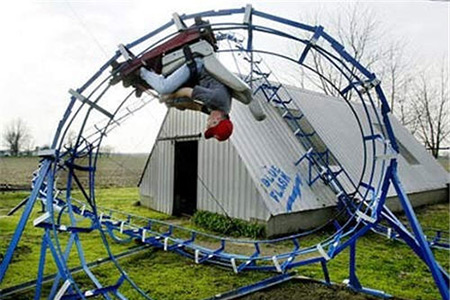 John Ivers, creator of Blue Flash, says: “I just thought one day, ‘Man, a roller coaster coming down the side of that shed would be pretty neat.’ Something fun in the backyard for the kids.” Even more amazing, John is not a trained engineer or architect. While the Blue Flash ride may only last for ten seconds, it’s enough, as you’re immediately wrenched sideways — like getting slammed in a demolition derby car — then thrown into a 360 degree corkscrew loop, wrenched in the opposite direction through a helix, and lastly rolled back to the chain lift to start all over again.

Beekeeper Pretends to Sell Honey, Covers Entire Body with Half a Million Bees