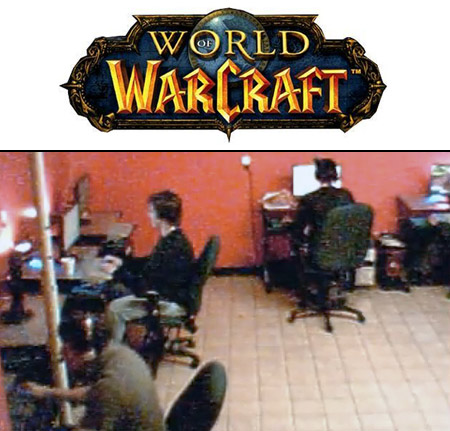 World of Warcraft is great for passing time, making friends, and even making some extra money (selling items and characters), but these five players show how not to react when something goes wrong. Continue reading to see them all — language is not work safe.

If another player somehow steals your leather belt in World of Warcraft, be sure to watch the video above for what not to do: absolutely obliterating your computer.

Whatever you do, don’t cancel a World of Warcraft players account, as they may just freakout on video and then get 100,000-plus views on YouTube. They may also need an exorcism as well and you’ll see why in the video.

One thing’s for sure, never tell an angry World of Warcraft player to calm down, even if he is your friend. This particular incident happened at an Intel Extreme Masters competition.

When is a game not just a game? When a person on your own team betrays you. We’re not exactly sure what betraying entails in WoW, but it’s definitely not serious enough to tracking down that player in real-life.

5. Time to Go Outside

If you’re as serious about World of Warcraft as this player, make sure you’ve got some great Antivirus software installed on your computer. His account got hacked, despite having an authenticator.