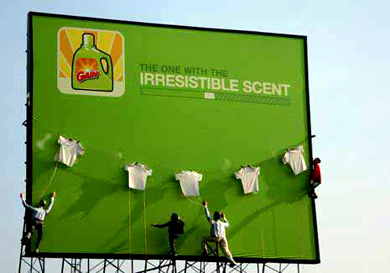 Billboards are a great way for companies to gain lots of publicity, especially if they put some creative thought into them, like these five examples. Which one is your favorite? [via Saynotocrack] 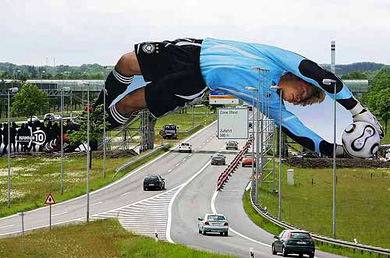 Larger-than-life is the way to go as this Adidas billboard proves. It was created specifically for the 2006 World Cup and located at the Munich airport. 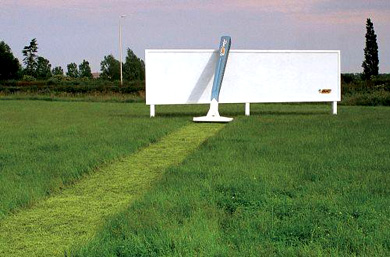 If this razor did such a good job mowing the field, just imagine what it’d do for your face.

What sets this billboard apart from the others is its 3-dimensional aspect. It almost looks as if people are climbing up to get a whiff of the fresh scent on those shirts. 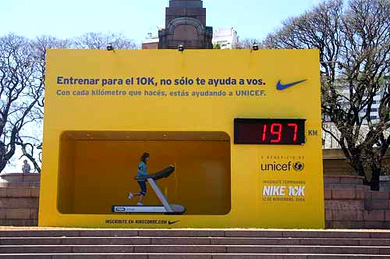 As one of the first interactive billboards, this one lets passerbys run on a treadmill for charity. For each kilometer completed, the company will donate a certain amount to UNICEF. 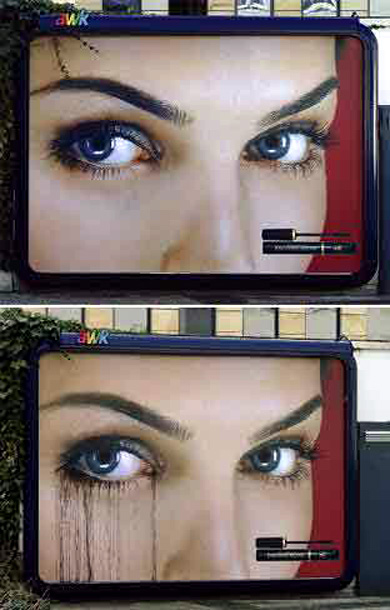 This creative billboard boasts moisture sensitive ink that runs when it rains. Is that good or bad?

Tinchilla Cools Your Beer in 60-Seconds Or Less