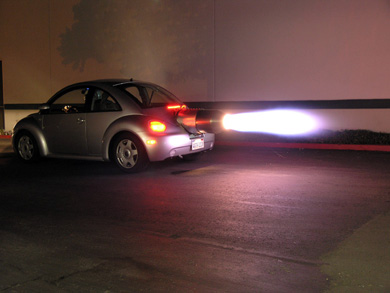 Want some ideas for things to do with your old VW Beetle sitting in the garage? Then check out these five creative uses — includes the jet-powered version, hotrod, and more. Which ones are your favorites? 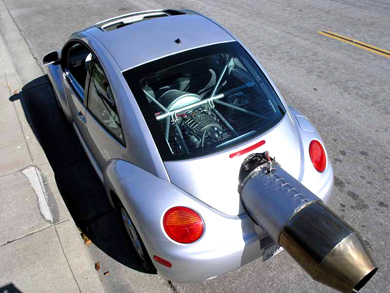 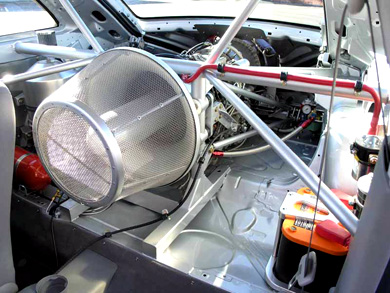 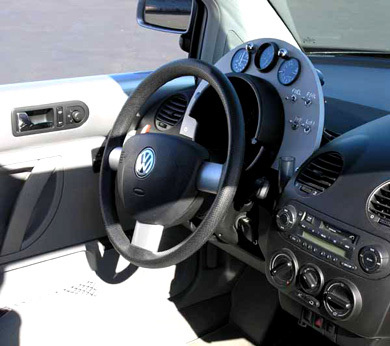 What can you do with a GE Model T58-8F helicopter turboshaft engine, converted to jet? With Ron Patrick’s custom VW Beetle you can have lots and lots of dangerous fun exploiting all 1350 horsepower. This monster is powered by two engines (original up front, jet in back) and is perfectly street legal since you’re only using the gasoline powered engine in normal driving conditions. But if you’re feeling adventurous, fire up the jet engine – which spins up to 26,000 rpm/13,000 rpm idle – and watch the afterburner come to life.

“The car was built because I wanted the wildest street-legal ride possible. With this project, I was able to use my engineering skills (I have a PhD in Mechanical Engineering from Stanford University) to design the car without the distraction of how other people have done it in the past – because no one has.” 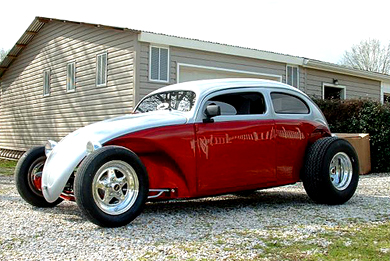 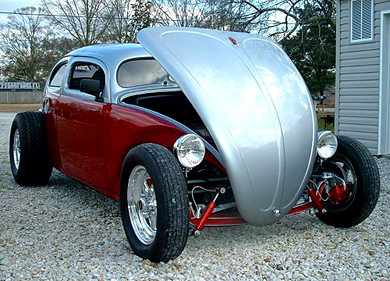 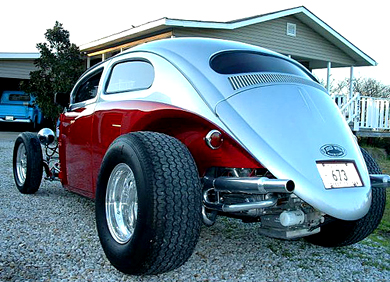 Tired of the same old look? Then why not turn your old Beetle into a sexy hotrod, like this person.[Source] 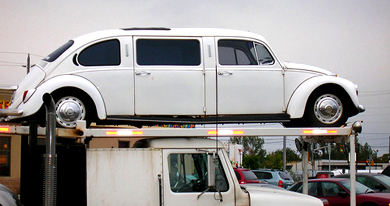 .Here’s something you won’t see on the road very often — if ever: a stretch Volkswagen Beetle limo, complete with moonroof. [Source] 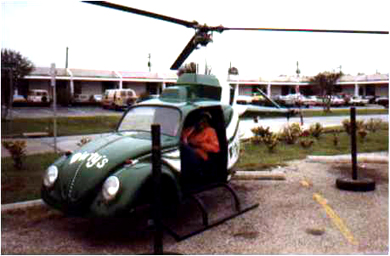 This custom-built helicopter is definitely one of the most creative uses for a VW Beetle that we’ve come across.[Source] 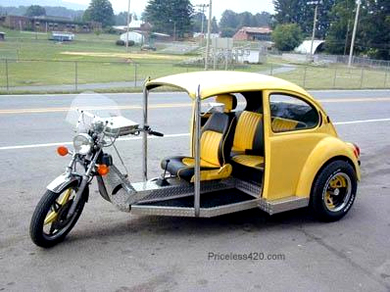 Though this may look like a fun ride, the lack of seat belts and doors has us worried. [Source]