File this under: weird outer space anomalies. Over the years, many people have claimed that the moon landings were faked due to a variety of things, and we’ve rounded up five of the most common reasons – all of our descriptions are responses gathered from online forums, and not definitive explanations by any means. Yes, FOX even aired an entire special on this topic. Continue reading to see more. 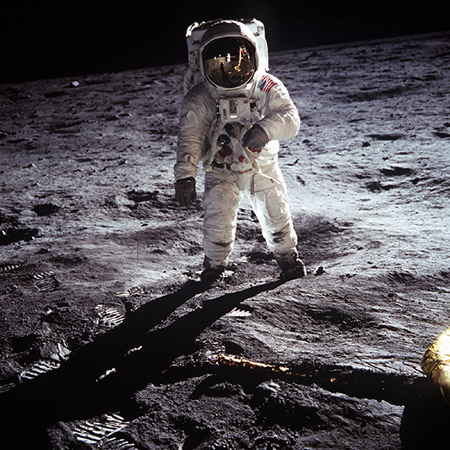 The well-known photograph of Buzz Aldrin standing upright in the spotlight is a giveaway because he is actually being illuminated in a spotlight from supposed rays from the sun even though the terrain around him remains in darkness. Just how could the sun add a spotlight around a certain individual akin to a stagehand directing a spotlight on an actor or even performer on stage? This was undoubtedly a significant screw up, and NASA was reckless for believing that not a single person would realize or that they could get away with it. In fact, it was such a blunder that NASA even tried to cover it up by brightening the rest of the surface in subsequent versions of it. 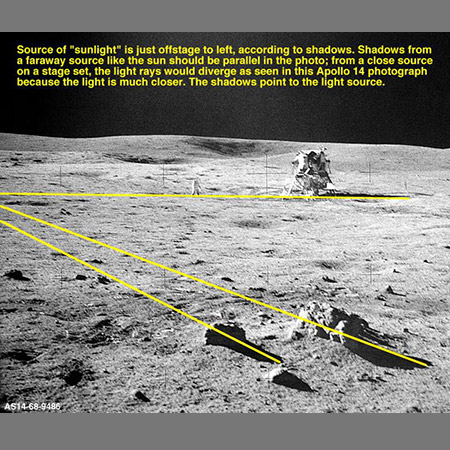 The shadows diverge and converge in many of the moon landing pictures. A number of them also join at perpendicular 90 degree angles. This simply cannot be if there is merely one source of light, the sun, as NASA alleges . Under the sun, shadows run parallel to each other. They just do not converge or intersect . And so, there would have to have been one more light source, along the lines of fill lights utilized on a motion picture studio stage to balance out the lighting, because officially, the astronauts did not actually bring along any other light sources on them. Apollo defenders try to cop out of this by claiming that the slant of the surface, angle of the sun and perspective of the viewer can cause shadows to converge or diverge. However, many of these shadows are on objects close to each other, and there is no indication that the sun is at an extreme angle. Most of the shadow anomalies were on fairly level surfaces, and even on those that weren’t, the slight slant was not enough to account for the distorted shadows. 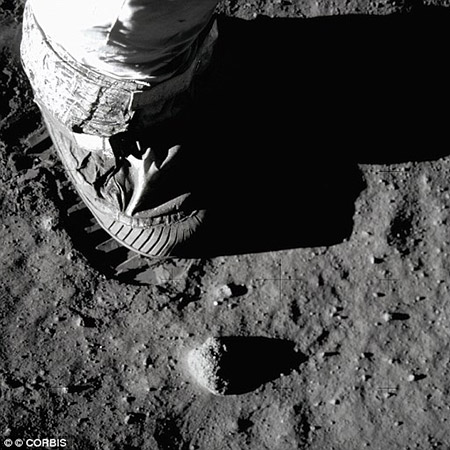 The snapshots of the astronaut bootprints on the moon dust should not be at all possible. Boot prints are only feasible if there is moistness in the sand or perhaps dirt . Having said that on the moon, there is not any moisture. As soon as a person steps on dry sand – for instance on sand dunes – no footprint is left and no ridges from the shoe or boot soles are embedded. All that’s left is small dent in the sand. So this is a curious anomaly.

2. Halfway to the Moon

In Bart Sibrel’s documentary “A Funny Thing Happened on the Way to the Moon”, a video recording is revealed of the Apollo 11 astronauts faking an image of the Earth from low orbit, while radioing to NASA that they were 130,000-miles from Earth, or halfway to the moon. The astronauts stated at some point in the clip that the camcorder was set up against the window. And yet an object obstructs the view of the purported distant Earth, along with a light structure can be viewed moving in the corner too, which isn’t possible if the camera were situated against the window. When the lights go on, we see the blue light outside, which means they were either in low earth orbit, or in the daylight blue skies of Earth. In fact, the blue light can be seen from two separate windows in the command module.

In a number of the videos of the Apollo moon walks, you will notice wires installed on the astronauts, which sometimes even flicker in the light a couple of times. This can be viewed as smoking gun footage as well. To view them all, head over to YouTube and enter “moon hoax wires”. But why would the astronauts need wires attached to them , unless they were in a staged movie studio?

What Really Happens When You Tell Geeks to Build a Table