Spotted a few years ago, this looks nothing like an asteroid collision, and more like a Klingon Bird of Prey. It’s officially located in the asteroid belt between Mars and Jupiter, and was about 90-million miles away at the time of this photo. You have to admit, an asteroid is a pretty good hiding spot if intelligent extraterrestrials had a craft capable of doing so. Continue reading for more. 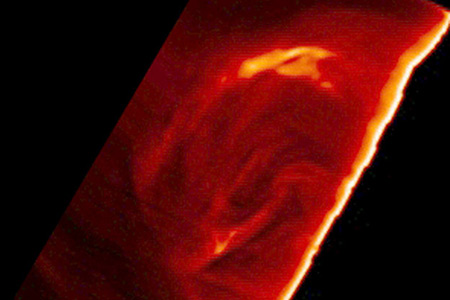 Venus has two large long-lived pairs of inverted anticyclones, one pair near each pole (polar vortexes), discovered in 2006 by the Venus Express probe. Venus’s southern pole vortex is the size of Europe and starts at the lower clouds of its atmosphere (42 kilometers from the surface) to the upper clouds of the atmosphere (63 kilometers from the surface). The vortex’s elements are constantly being broken apart and coming back together as the vortex circles every 2.2 days. “The vortex is never destroyed, but it evolves continuously between morphologies” or shapes, Garate-Lopez said. Two centers of rotation of the 12-mile-high (20 kilometers) storm, which exist at different altitudes, rarely ever line up. 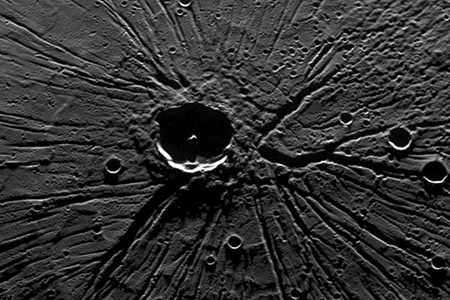 As data from the recent MESSENGER flyby is processed, this knowledge will increase. For example, an unusual crater with radiating troughs has been discovered that scientists called “the spider”. It later received the name Apollodorus. Albedo features are areas of markedly different reflectivity, as seen by telescopic observation. Mercury possesses dorsa (also called “wrinkle-ridges”), Moon-like highlands, montes (mountains), planitiae (plains), rupes (escarpments), and valles (valleys). A scientist from the laboratory that helped build the probe called it “a real mystery” and suggested volcanic activity may be behind it. 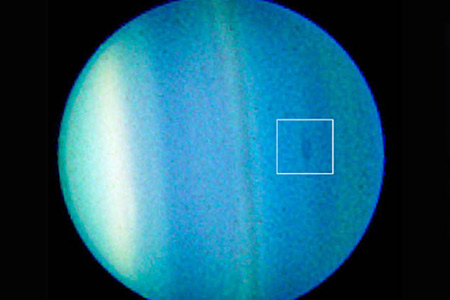 During the past decade, many bright spots have been seen on Uranus, in both red and near-infrared filters. But this is the first dark spot ever seen on the planet. A team led by Lawrence Sromovsky of the University of Wisconsin and including Kathy Rages of the SETI Institute, Heidi Hammel of the Space Science Institute (Boulder, CO), and Patrick Fry of U. Wisconsin, observed the dark spot on Aug. 23 using the Hubble Space Telescope (HST). To this day, scientists have not yet been able to explain the dark spot. 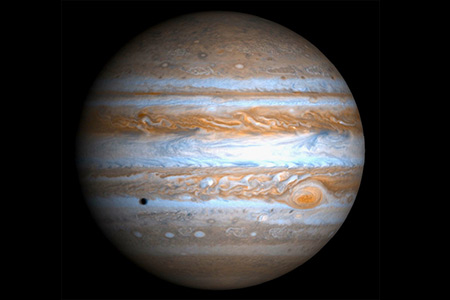 Jupiter’s mysterious Great Red Spot is the most noticeable feature on the gas giant’s surface. It’s essentially a storm about 12,400 miles (20,000 kilometers) long and 7,500 miles (12,000 km) wide. The storm itself is about 2-3 times larger than Earth. Winds at its oval edges can reach up to 425 mph (680 km/h). It was first recorded in 1831 but may have first been discovered in 1665. “Based on current theories, the Great Red Spot should have disappeared after several decades,” researcher Pedram Hassanzadeh, a geophysical fluid dynamicist at Harvard University,said in a statement. “Instead, it has been there for hundreds of years.” 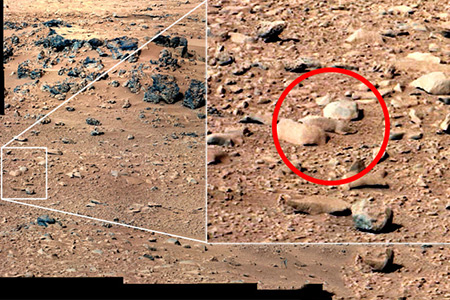 NASA says that Mars’ atmosphere is 95% carbon dioxide with only a trace amount of oxygen 0.13%, most certainly not enough to sustain animal life on Mars. If Mars atmosphere is so inhospitable to life, what exactly did Curiosity Rover photograph on the red planet during a routine inspection trip on September 28, 2012? Researcher Scott Waring says it definitely resembles a rat / squirrel / rodent of some sort.