The SR-71 Blackbird completed its first (non-classified) flight on December 22, 1964, so it’s only fitting to believe that the military is currently testing far more advanced aircraft, like the TR-3B Aurora. This high altitude, stealth, reconnaissance platform uses highly-pressurized mercury accelerated by nuclear energy to produce a gravity-amplifying plasma around the ship. Propulsion is provided by 3 multi-mode thrusters mounted at each corner of the triangular platform. It’s capable of achieving sub-Mach 9 speeds until it reaches altitudes above 120,000 feet. Continue reading for five interesting incidents involving these black triangle UFOs. 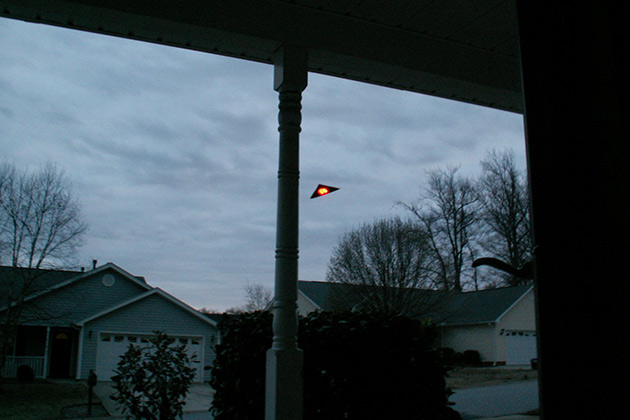 On March 30, 1990, citizens of the city of Eupen spotted what appeared to be a large black triangular craft hovering silently over the city for several minutes. Local police officials arrived on the scene and reported observing the object as it appeared to hover over apartment buildings. One officer reported that the object released a red glowing disk of light from its center which flew down to the ground and darted around several buildings before disappearing. 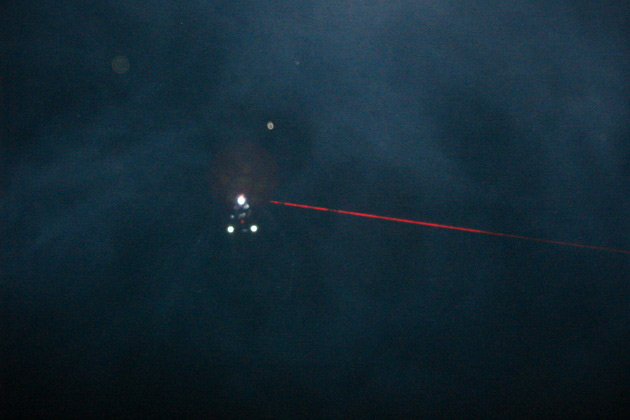 In February and March 2014, an aircraft matching the black triangle description was photographed multiple times over Kansas and Texas in daylight. In February 2014, an amateur photographer Jeff Templin snapped pictures of a triangular aircraft while photographing wildlife in Kansas. On Mar 10, 2014 Steve Douglass and Dean Muskett photographed a triangular shaped aircraft giving off a long contrail over Amarillo, Texas during daylight. Bill Sweetman, Graham Warwick, and Guy Norris of Aviation Week all agree that “the photos show something real.” 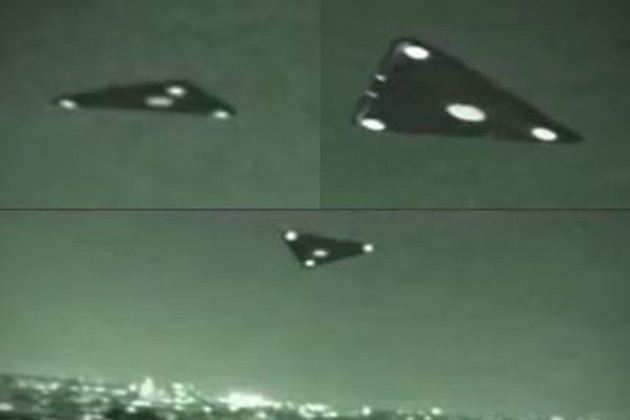 The “St. Clair Triangle”, “UFO Over Illinois”, “Southern Illinois UFO”, or “Highland, Illinois UFO” sighting occurred on January 5, 2000 over the towns of Highland, Dupo, Lebanon, Summerfield, Millstadt, and O’Fallon, Illinois, beginning shortly after 4:00 am. Five on-duty police officers around these locales, along with various other eyewitnesses, sighted and reported a massive, silent, triangular craft operating at an unusual treetop level altitude and speeds.

On March 30, 1993 multiple witnesses across south-west and west England saw a large black triangle at low speeds. Analysis of the sightings by Nick Pope concluded that the object moved in a north-easterly course from Cornwall to Shropshire over a period of approximately 6 hours.

Black triangle UFOs have been reported to be visible to radar, as was the case with the famous Belgian UFO wave. During these incidents, two Belgian F-16s attempted to intercept the objects (getting a successful missile lock at two occasions) only to be outmaneuvered; a key conclusion of the Project Condign report was that no attempt should be made on the part of civilian or RAF Air Defense aircraft to outmaneuver these objects except to place them astern to mitigate the risk of collision.

Polaris Slingshot Combines Motorcycle, Trike and Go-Kart Into One, Complete with 180HP Engine