Photo credit: Snøhetta | Ivar Kvaal
Europe’s first underwater restaurant, called “Under” (means “wonder” in Norwegian), opened in Norway on Wednesday with more than 7,000 customers booked in to eat among the aquatic life. The modern structure was designed by Norwegian architecture firm Snoehetta. “The fascination is just this movement from above water to underwater through the building … The big window exposes the underwater not like an aquarium, it’s the real thing,” said Snoehetta’s founder Kjetil Traedal Thorsen to Reuters. One caveat: a full 18-course meal can cost you up to $430 USD, including drinks. Read more for a video, additional pictures and information.

“Entering Under initially feels like going into a sauna, as wooden planks cover its upper section, but an eight-meter flight of stairs leads down to a large dining area that sits about 40 guests, walled by a gigantic transparent window to the ocean. Traedal Thorsen said the construction can cope with very harsh weather and is shaped in such a way that it can withstand what he called ‘the wave of the century,'” reports Reuters. 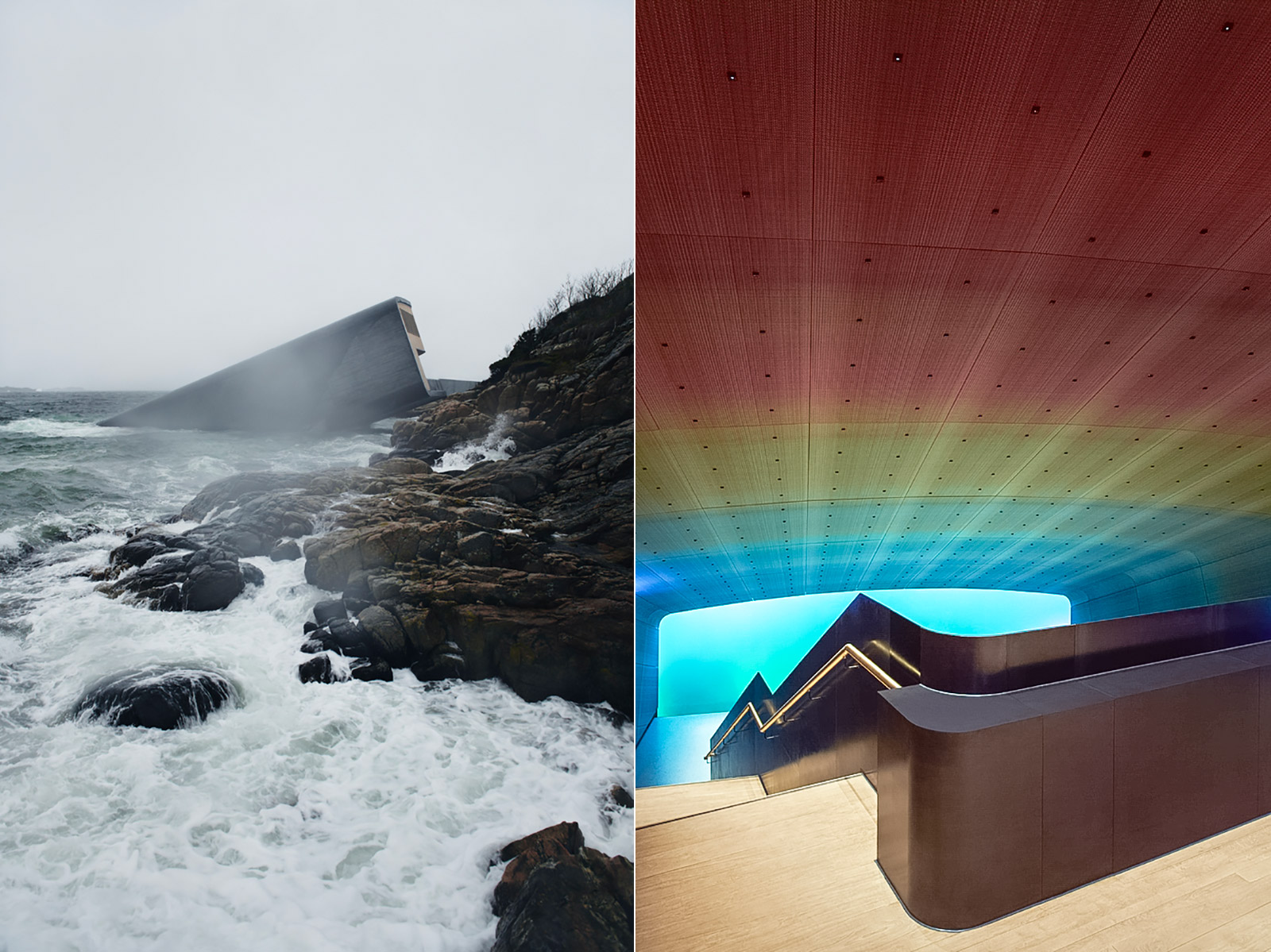 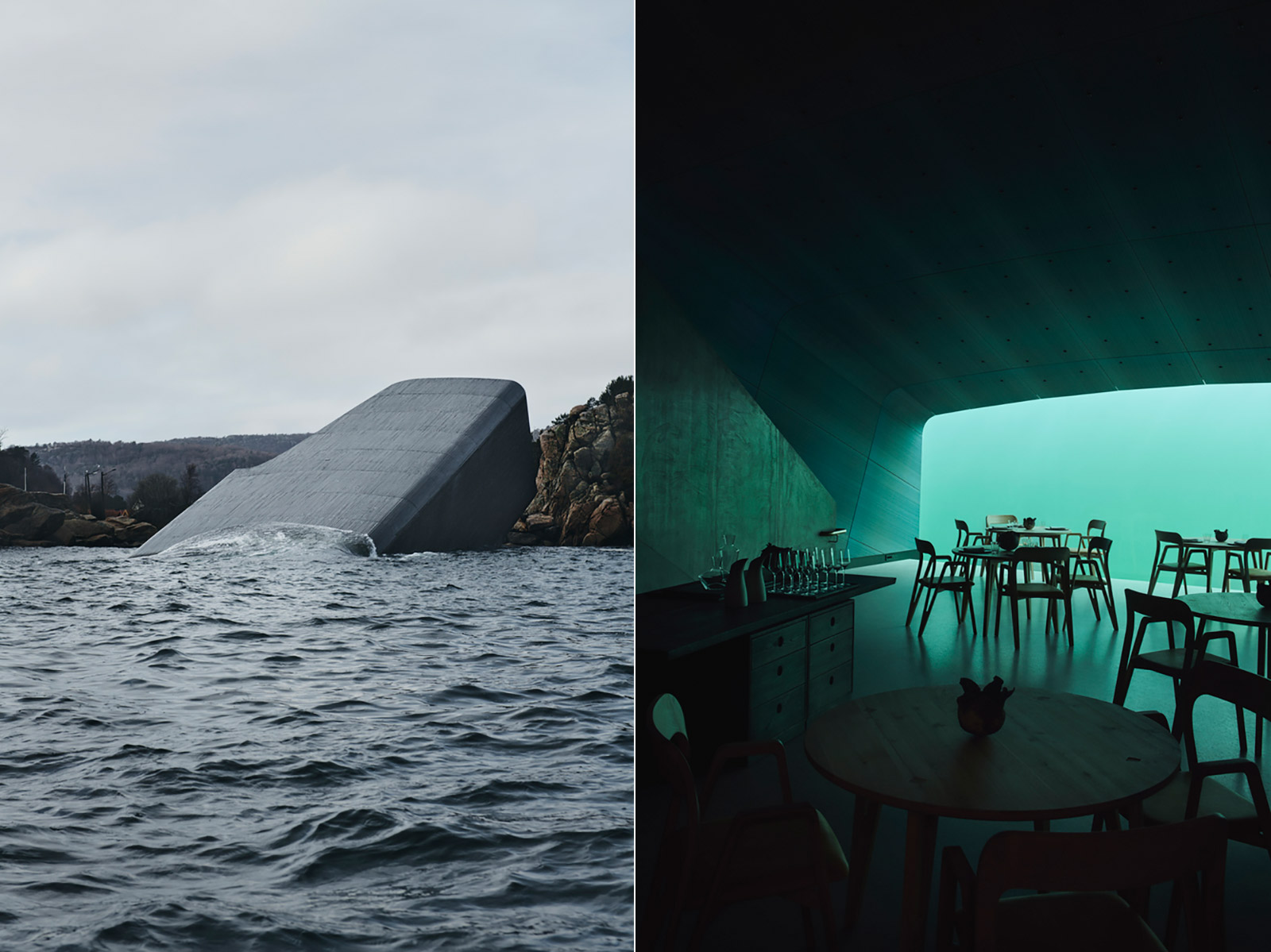