The Landing Craft Air Cushion (LCAC) is basically a class of air-cushion vehicle (hovercraft) used as landing craft by the United States Navy’s Assault Craft Units and the Japan Maritime Self-Defense Force (JMSDF). They transport weapons systems, equipment, cargo and personnel of the assault elements of the Marine Air/Ground Task Force both from ship to shore and across the beach. Continue reading for more cool facts. These craft are high-speed and fully amphibious, capable of carrying up to a 60-ton payload (75 tons in overload) over water and land at speeds in excess of 40 knots as well as a nominal range of up to 200 nautical miles. Continue reading for more cool facts. 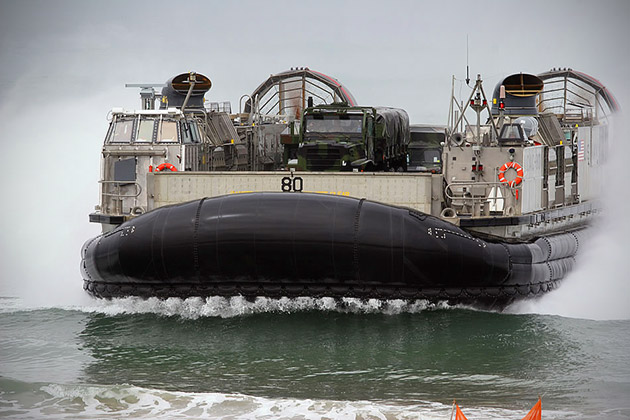 There was a total of 91 Landing Craft Air Cushions built between the years 1984-2001, and their design itself dates back to the 1970s. They require regular maintenance, refurbishment, upgrades, and even life extension programs to keep them operational into the future. 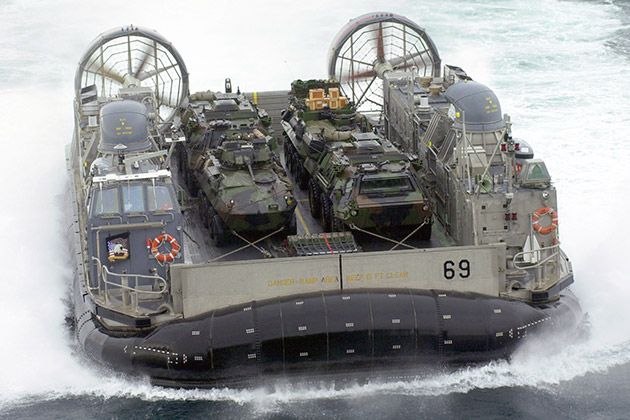 Concept design of the present day LCAC began in the early 1970s with the full-scale Amphibious Assault Landing Craft (AALC) test vehicle. During the advanced development stage, two prototypes were built. JEFF A was designed and built by Aerojet General in California, with four rotating ducted propellers. JEFF B was designed and built by Bell Aerospace in New Orleans, Louisiana. 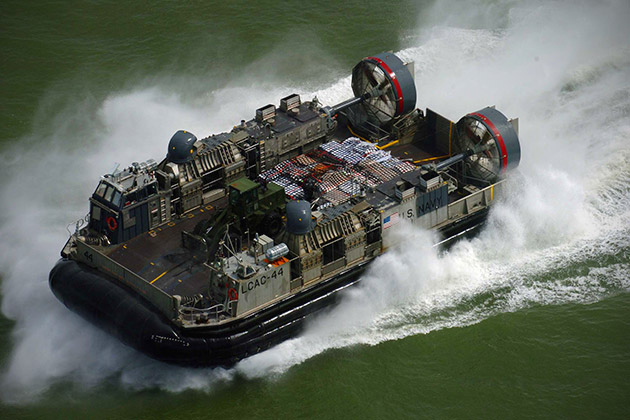 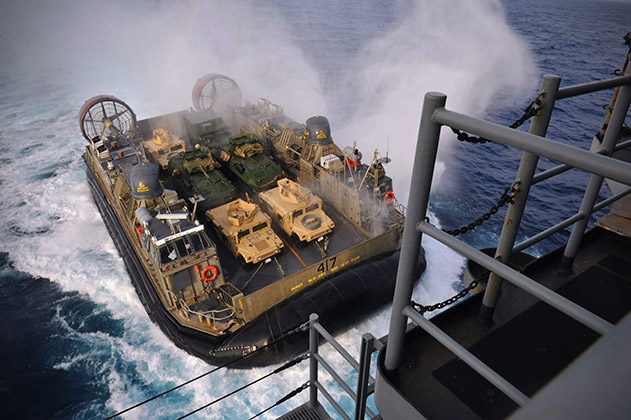 The four main engines are all used for lift and all used for main propulsion. The craft can continue to operate, at reduced capability, with two engines inoperable. They are interchangeable for redundancy. A transport model can seat 180 fully equipped troops.

The LCAC is a dramatic innovation in modern amphibious warfare technology. It provides the capability to launch amphibious assaults from points over the horizon (OTH) from up to 50 nautical miles offshore, thereby decreasing risk to ships and personnel and generating greater uncertainty in the enemy’s mind as to the location and timing of an assault, thereby maximizing its prospects of success.

Need a Backup Computer? Get a 2.16-GHz Samsung Chromebook 2 for Under $150 Shipped – Today Only