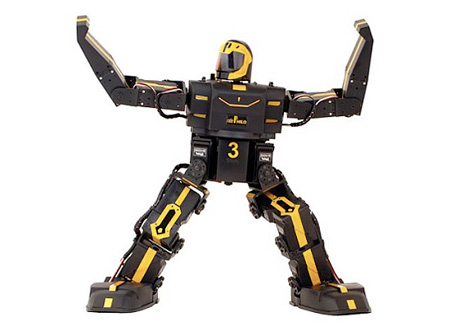 Standing 13-inches tall, RoboPhilo boasts 20 progammable servos that “control major limbs like arms and legs, his head, and all the joints.” Video after the break.

At first glance, RoboPhilo looks like that RoboSapien which is all looks and no performance. But according to Technabob, RoboPhilo is highly advanced for only costing $499