The Acropolis of Athens is basically an ancient citadel located on a high rocky outcrop above the city of Athens and containing the remains of several ancient buildings of great architectural and historic significance, the most famous being the Parthenon. Here’s what the surrounding area looks like around this famous landmark. Continue reading for more. 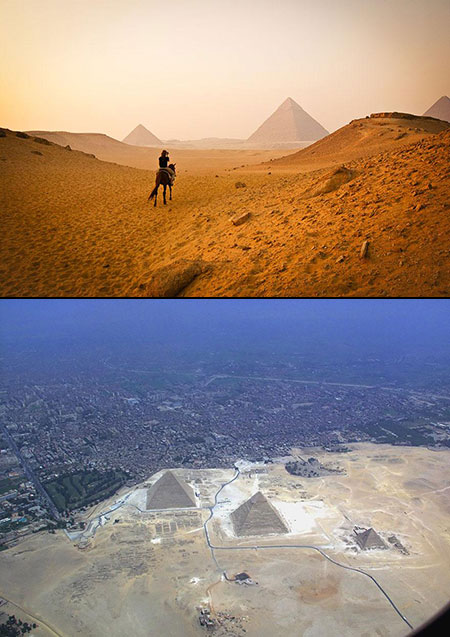 The Giza Necropolis is an archaeological site on the Giza Plateau, on the outskirts of Cairo, Egypt. This complex of ancient monuments includes the three pyramid complexes known as the Great Pyramids, the massive sculpture known as the Great Sphinx, several cemeteries, a workers’ village and an industrial complex. It is located some 9 km (5 mi) inland into the desert from the old town of Giza on the Nile, some 25 km (15 mi) southwest of Cairo city center.

The Basilica i Temple Expiatori de la Sagrada Familia is a large Roman Catholic church in Barcelona, Spain, designed by Catalan architect Antoni Gaudi (1852-1926). Although incomplete, the church is a UNESCO World Heritage Site, and in November 2010 Pope Benedict XVI consecrated and proclaimed it a minor basilica, as distinct from a cathedral which must be the seat of a bishop. Construction of Sagrada Familia had commenced in 1882, Gaudi became involved in 1883, taking over the project and transforming it with his architectural and engineering style, combining Gothic and curvilinear Art Nouveau forms. 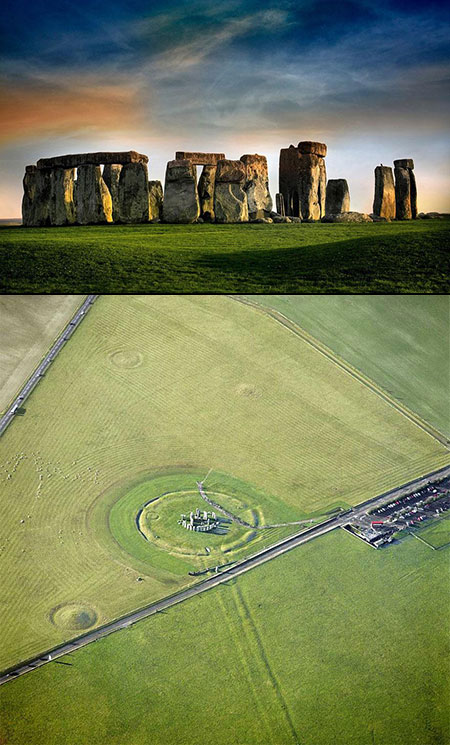 Stonehenge is a prehistoric monument in Wiltshire, England, about 2 miles (3.2 km) west of Amesbury and 8 miles (13 km) north of Salisbury. One of the most famous sites in the world, Stonehenge is the remains of a ring of standing stones set within earthworks. It is in the middle of the most dense complex of Neolithic and Bronze Age monuments in England, including several hundred burial mounds. 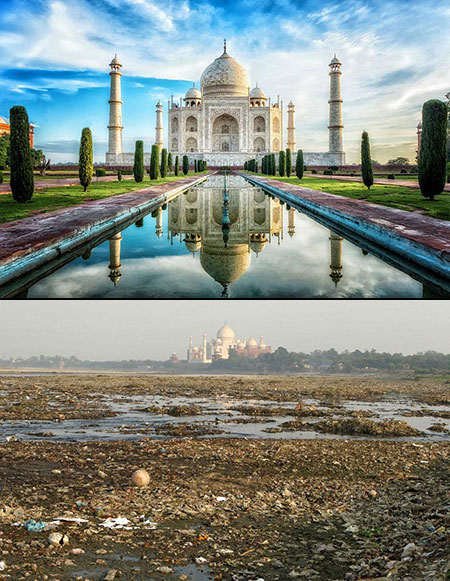 The Taj Mahal is a white marble mausoleum located in Agra, Uttar Pradesh, India. It was built by Mughal emperor Shah Jahan in memory of his third wife, Mumtaz Mahal. The Taj Mahal is widely recognized as “the jewel of Muslim art in India and one of the universally admired masterpieces of the world’s heritage”. Taj Mahal is regarded by many as the finest example of Mughal architecture, a style that combines elements from Islamic, Persian, Ottoman Turkish and Indian architectural styles. 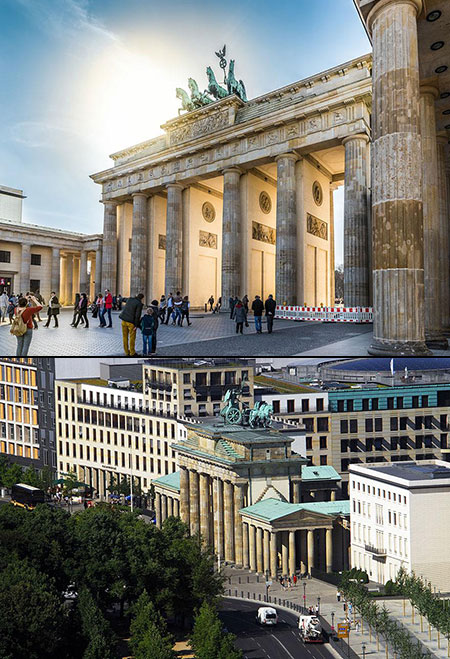 The Brandenburg Gate is a former city gate, rebuilt in the late 18th century as a neoclassical triumphal arch, and now one of the most well-known landmarks of Germany. It’s located in the western part of the city center of Berlin, at the junction of Unter den Linden and Ebertstrasse, immediately west of the Pariser Platz. One block to the north stands the Reichstag building. The gate is the monumental entry to Unter den Linden, the renowned boulevard of linden trees, which formerly led directly to the city palace of the Prussian monarchs.

This is Not an Optical Illusion, Just a Real Skateboard Ramp in the Middle of a Lake