Marvel Comics artist Brian Kesinger got the idea for a Calvin and Hobbes-themed Force Awakens series when he saw Rey riding her makeshift sled down a sand dune, and the rest was history. “It struck me that she probably did that as a child and that’s when the Calvin and Hobbes image flashed in my head. Bill Watterson has been one of my biggest artistic influences so it was a fun opportunity to combine two of my favorite things,” said Kesinger. Continue reading for more pictures. 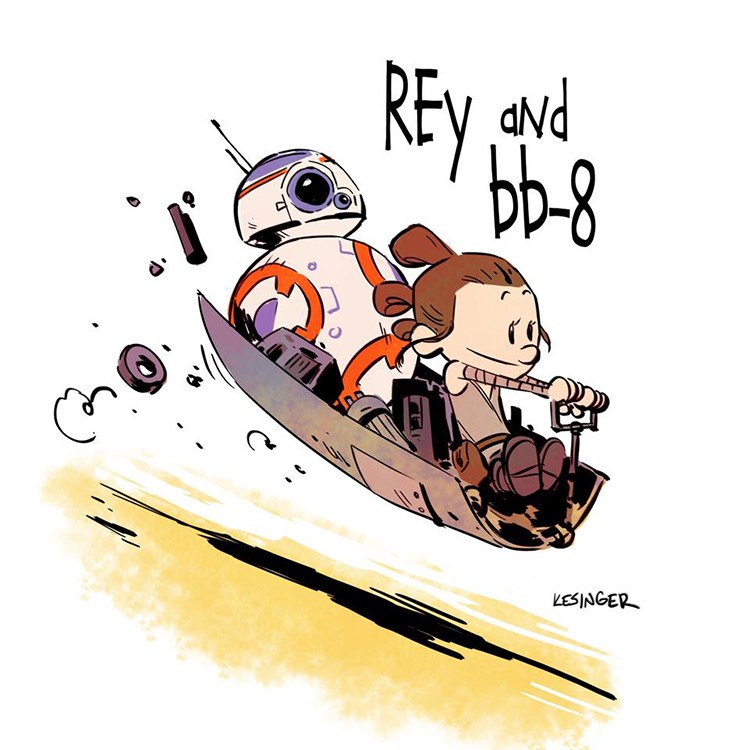 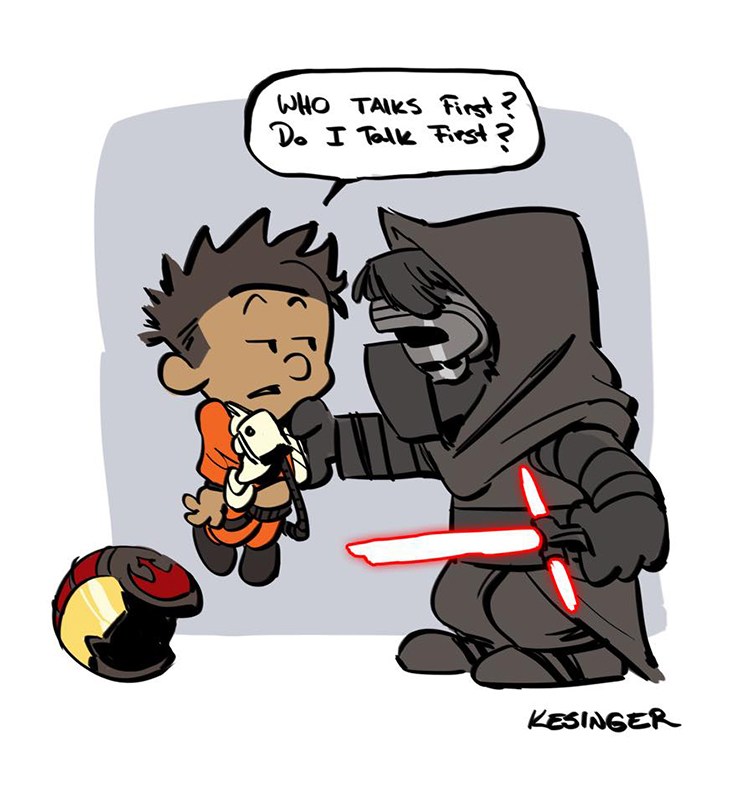 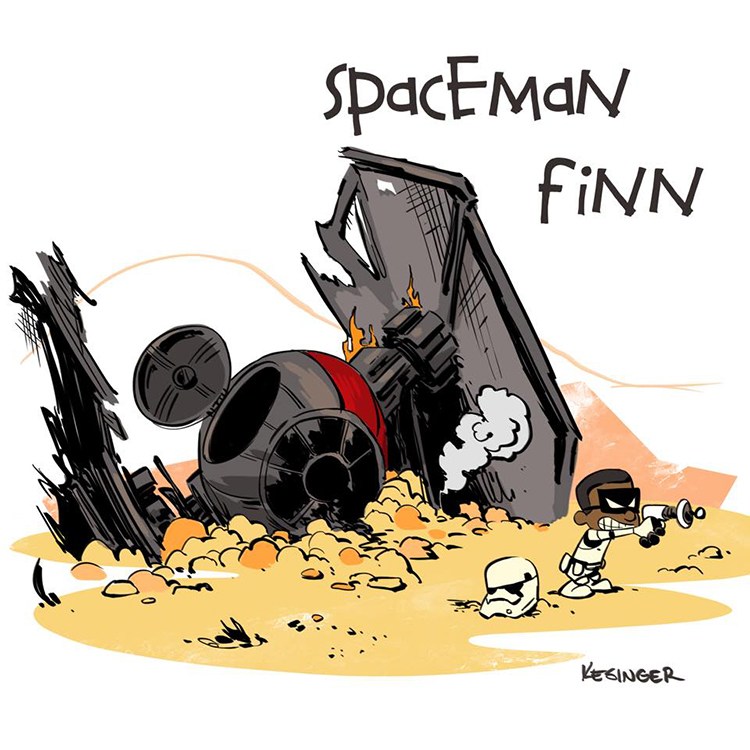 Calvin and Hobbes is a daily comic strip by American cartoonist Bill Watterson that was syndicated from November 18, 1985 to December 31, 1995. The comic follows the humorous antics of Calvin, a precocious, mischievous, and adventurous six-year-old boy, and Hobbes, his sardonic stuffed tiger. The pair is named after John Calvin, a 16th-century French Reformation theologian, and Thomas Hobbes, a 17th-century English political philosopher. Set in the contemporary, suburban United States, the strip depicts Calvin’s frequent flights of fancy and his friendship with Hobbes.

There are Private Jets, and Then the Skyacht One, a Penthouse in the Sky Designed by a Disney Imagineer