Foodies have most likely already heard of At.mosphere, a marvelous restaurant perched atop the 122nd floor of Dubai’s Burj Khalifa. It’s currently the world’s highest restaurant and head chef Dwayne Cheer from New Zealand says, “We have one of the most beautiful kitchens in the world – we have a view all the way down Sheikh Zayed Road and we can see the ocean. I can be deep-frying chips and looking at The World islands – it’s crazy.” Continue reading for more. 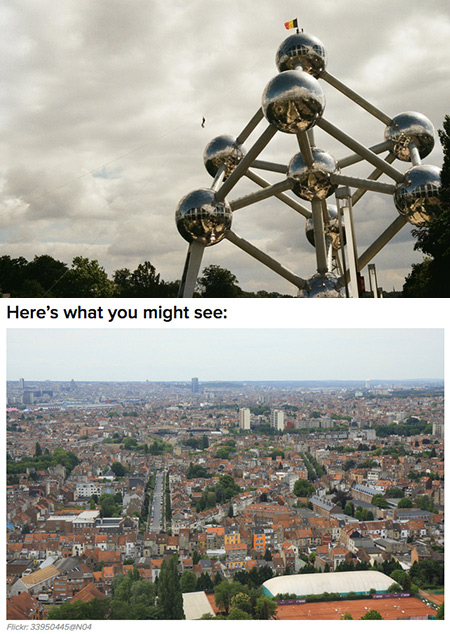 The Atomium is a building in Brussels originally constructed for Expo ’58, the 1958 Brussels World’s Fair. Designed by the engineer Andre Waterkeyn and architects Andre and Jean Polak, it stands 102 m (335 ft) tall. Its nine 18 m (59 ft) diameter stainless steel clad spheres are connected so that the whole forms the shape of a unit cell of an iron crystal magnified 165 billion times. 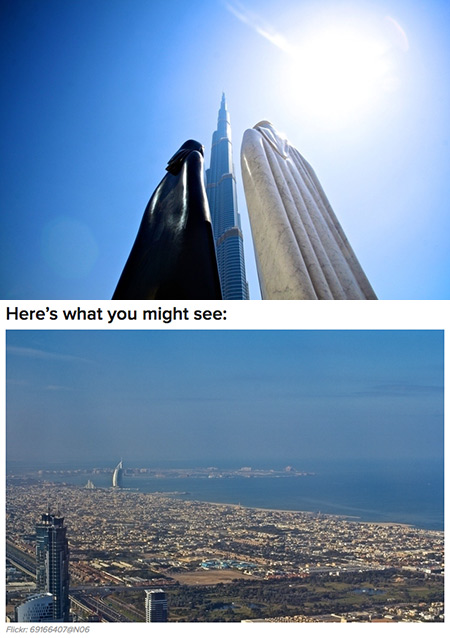 Burj Khalifa was designed to be the centerpiece of a large-scale, mixed-use development that would include 30,000 homes, nine hotels (including The Address Downtown Dubai), 3 hectares (7.4 acres) of parkland, at least 19 residential towers, the Dubai Mall, and the 12-hectare (30-acre) man-made Burj Khalifa Lake. The building has returned the location of Earth’s tallest freestanding structure to the Middle East, where the Great Pyramid of Giza had claimed this achievement for almost four millennia before being surpassed in 1311 by Lincoln Cathedral in England.

The CN Tower (French: Tour CN) is a 553.33 m-high (1,815.4 ft) concrete communications and observation tower in Downtown Toronto, Ontario, Canada. Built on the former Railway Lands, it was completed in 1976, becoming the world’s tallest free-standing structure and world’s tallest tower at the time. Its name “CN” originally referred to Canadian National, the railway company that built the tower. Following the railway’s decision to divest non-core freight railway assets, prior to the company’s privatization in 1995, it transferred the tower to the Canada Lands Company, a federal Crown corporation responsible for real estate development. 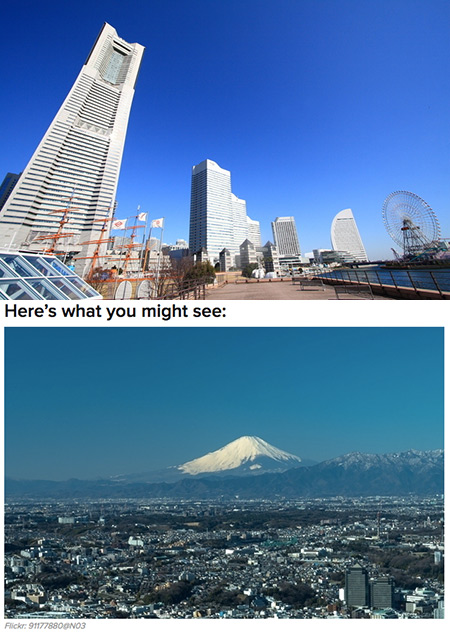 The Yokohama Landmark Tower is the tallest building and 3rd tallest structure in Japan, standing 296.3 m (972 ft) high. It is located in the Minato Mirai 21 district of Yokohama city, right next to Yokohama Museum of Art. The building contains a five-star hotel which occupies floors 49-70, with 603 rooms in total. The lower 48 floors contain shops, restaurants, clinics, and offices. On the 69th floor there is an observatory, Sky Garden, from which one can see a 360-degree view of the city, and on clear days Mount Fuji.

The Shanghai World Financial Center is a mega skyscraper located in the Pudong district of Shanghai, China. It is a mixed-use skyscraper, consisting of offices, hotels, conference rooms, observation decks, and ground-floor shopping malls. Park Hyatt Shanghai is the tower’s hotel component, comprising 174 rooms and suites. Occupying the 79th to the 93rd floors, it is the second-highest hotel in the world, surpassing the Grand Hyatt Shanghai on the 53rd to 87th floors of the neighboring Jin Mao Tower. 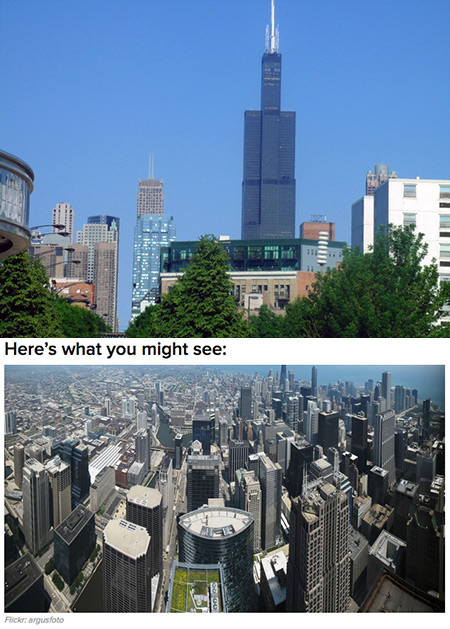 Willis Tower is a 108-story, 1,451-foot (442 m) skyscraper in Chicago, Illinois At the time of its completion in 1973, it was the tallest building in the world, surpassing the World Trade Center towers in New York, and it held this rank for nearly 25 years. The skyscraper is one of the most popular tourist destinations in Chicago, and over one million people visit its observation deck each year. Named the Sears Tower throughout its history, in 2009 the Willis Group obtained the right to rename the building, as part of their lease on a portion of its offices. As of December 2013, United Airlines is the Willis Tower’s largest tenant, with its headquarters and operations center occupying around 20 floors of the tower. 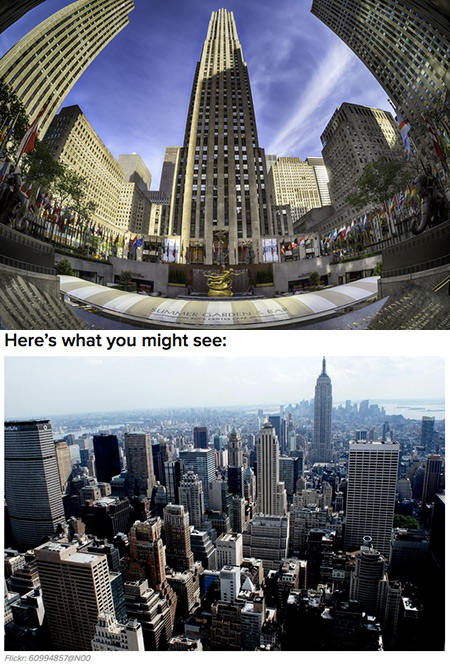 Rockefeller Center was named after John D. Rockefeller, Jr., who leased the space from Columbia University in 1928 and developed it beginning in 1930. Rockefeller initially planned a syndicate to build an opera house for the Metropolitan Opera on the site, but changed plans after the stock market crash of 1929 and the Metropolitan’s continual delays to hold out for a more favorable lease, causing Rockefeller to move forward without them. Rockefeller stated, “It was clear that there were only two courses open to me. One was to abandon the entire development. The other to go forward with it in the definite knowledge that I myself would have to build it and finance it alone.” Rockefeller Center is a complex of 19 commercial buildings covering 22 acres (89,000 m2) between 48th and 51st streets in New York City, United States. 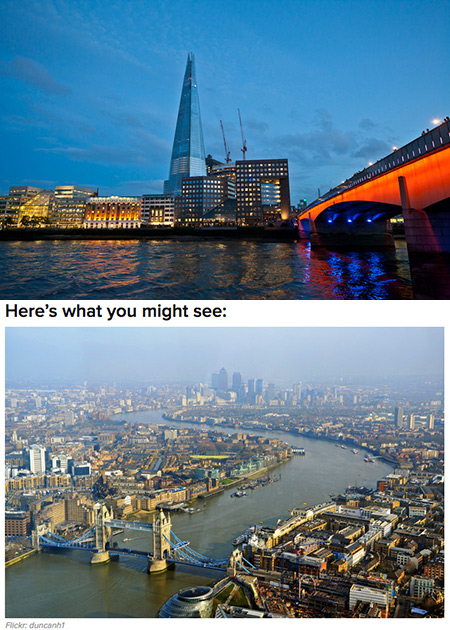 The Shard is an 87-story skyscraper in London that forms part of the London Bridge Quarter development. Standing approximately 306 metres (1,004 ft) high, the Shard is currently the tallest building in the European Union. The glass-clad pyramidal tower has 72 habitable floors, with a viewing gallery and open-air observation deck – the UK’s highest – on the 72nd floor, at a height of 244.3 metres (802 ft). It was designed by the Italian architect Renzo Piano and replaced Southwark Towers, a 24-story office block built on the site in Southwark in 1975. 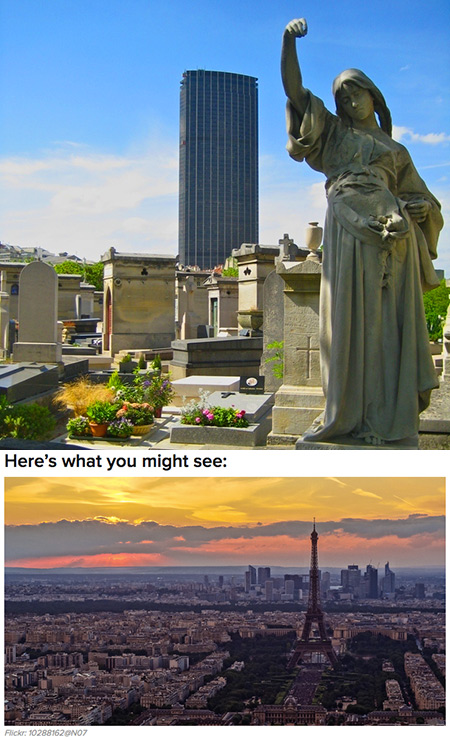 The Tour Montparnasse is a 210-metre (689 ft) office skyscraper located in the Montparnasse area of Paris, France. Constructed between the years of 1969 to 1973, it was the tallest skyscraper in France until 2011, when it was surpassed by the 231 m (758 ft) Tour First. As of June 2013, it is the 14th tallest building in the European Union. The tower was designed by architects Eugene Beaudouin, Urbain Cassan and Louis Hoym de Marien and built by Campenon Bernard.

Funny iPhone App, Accessory Lets You Wake Up to the Smell of Sizzling Bacon

Geeks Show Why Every Homeowner Should Have a Lawn Dinosaur