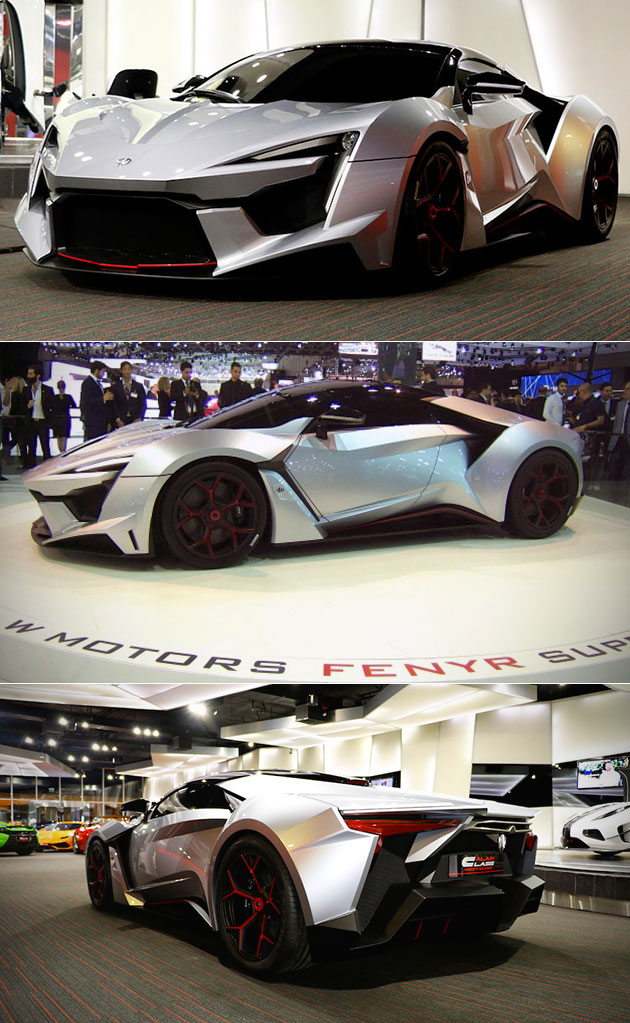 When Aventador meets R8, you get the Fenry SuperSport from Dubai-based W Motors. ike its predecessor, the Fenyr Supersport features aggressively styled bodywork. Powered by a twin-turbocharged 4.0L flat-six from legendary Porsche tuner Ruf, mated to a seven-speed dual-clutch transmission and bolted to a lightweight tubular aluminum chassis, it can go from 0-62mph in a mere 2.7-seconds. while topping out at 248mph. Click here to view more pictures.

“Production will be limited to just 25 units, and W Motors hasn’t revealed the price. Considering that the Lykan Hypersport sold for $3.4 million with less power (although W Motors claimed similar performance figures), the Fenyr Supersport could end up costing even more. So even if it doesn’t turn out to be the outright fastest car in production, W Motors’ latest creation could be the most expensive,” reports Digital Trends.

Sand Flea Looks Like a Small RC Car on Flat Land, But at the Push of a Button, It Can Jump 30-Feet in the Air