Yes, the world’s first hybrid car was actually built in 1898 by a man named Ferdinand Porsche, a graduate of the Vienna Technical College. He was commissioned by a coach builder in Vienna, Jacob Lohner, to create a vehicle that would be both silent and electric. The result? “Elektromobil”, which boasted a fusion of both battery and gasoline powered engines. Continue reading for one more picture and additional information. 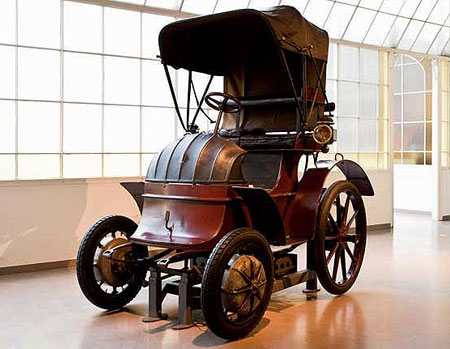 Unfortunately, due to the lack of affordable gasoline, and the expensive upkeep of its hybrid drivetrain, kept investors away from the “Elektromobil”. However, it was still shown at The Paris Exposition of 1900. On a side note, there’s a rumor that the “Elektromobil” inspired NASA’s Apollo lunar rover.

Spy Shots from the Set of Iron Man 3