For those who have never heard the term Rube Goldberg machine, it basically refers to a chain reaction-type contraption specially designed to perform a simple task in an indirect and overly complicated way. They consist of a series of simple unrelated devices, whereas the action of each triggers the initiation of the next, eventually resulting in achieving a stated goal. 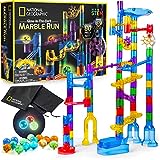 The Rare Bricklin SV-1 May Have Inspired the DMC DeLorean