These mysterious blue objects washed ashore at San Francisco’s Ocean Beach, and while they look like something out of a sci-fi flick, they’re actually just Velella. In other words, jelly-like “purple sails” that are known to flood California beaches in the springtime. Fortunately, they make for some interesting photos and land wherever the breeze takes them. Continue reading for more. 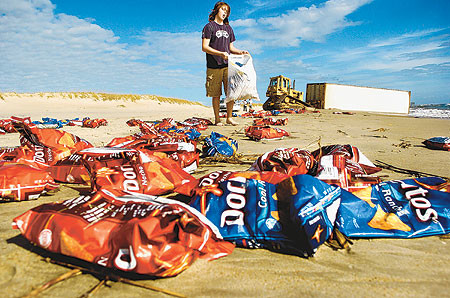 Believe it or not, snack lovers in North Carolina rejoiced as the extremely popular Cool Ranch and Zesty Cheese flavors of Doritos washed up on the shores of the Outer Banks in 2006. Fortunately, all of them were unopened, otherwise it would have been a beach full of soggy chips and / or empty plastic bags. 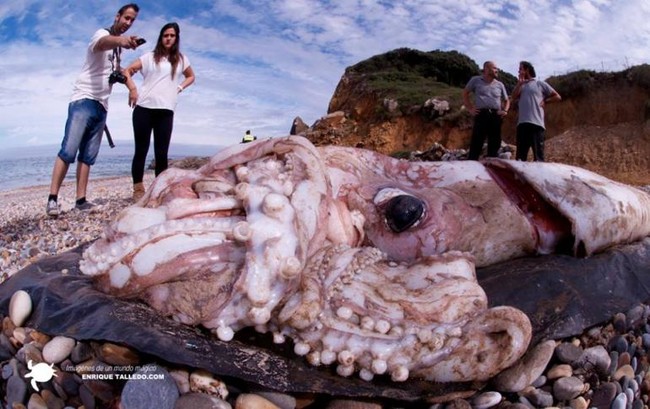 Someone or something must have awoken the Elder Ones back a decade ago (2005), because Newport Beach, California was littered with giant squid. On the bright side, a calamari feast might have ensued shortly after this discovery was made.

8. Shoes with a Grizzly Surprise 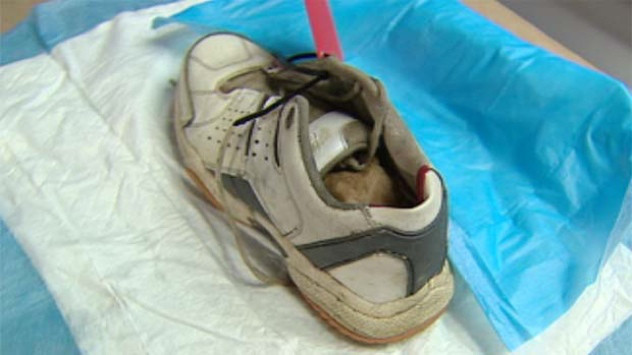 Residents in the Pacific Northwest have been finding shoes washed up on shore with the feet of the previous owners still in them since 2007. While no official confirmation has been released, many assume that these are the feet of those who got washed up in the Asian Tsunami of 2004. 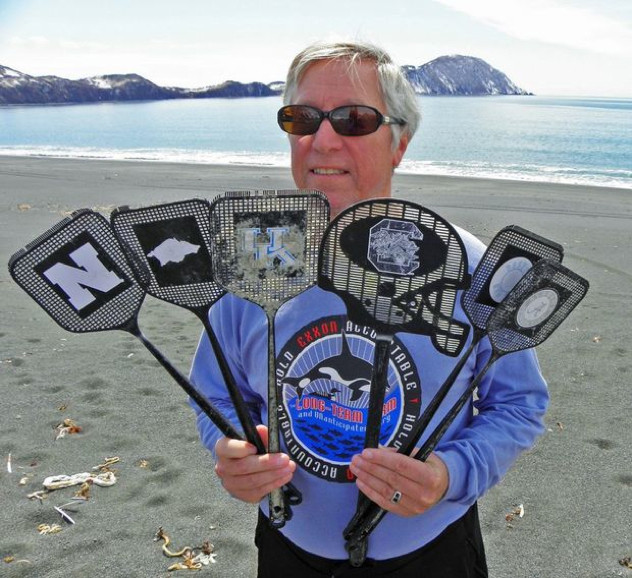 Who would’ve thunk that a huge wave could have knocked containers full of fly swatters off a cargo ship, of all the products being transported daily. These everyday items were discovered off the coast of Kodiak, Alaska, and they were branded with the logos from every professional and college team to boot. 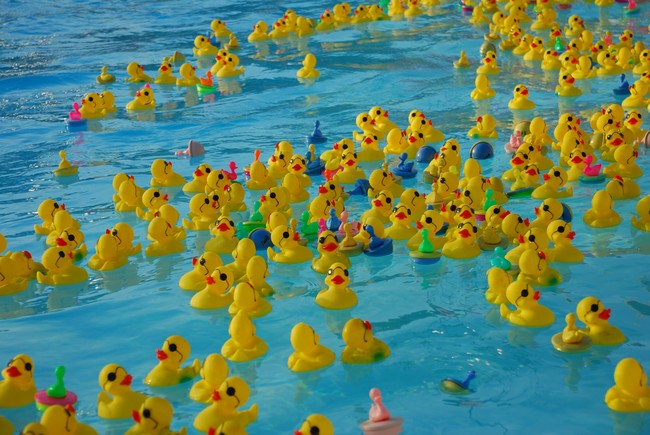 Back in 1992, a cargo ship “accidentally” dropped 28,000 rubber ducks into the Pacific Ocean. Some odd 20-years-later, these floating duckies can still be found all over the world, including the beaches on just about every continent. Surprisingly enough, most of them ended up in the North Pacific Gyre. 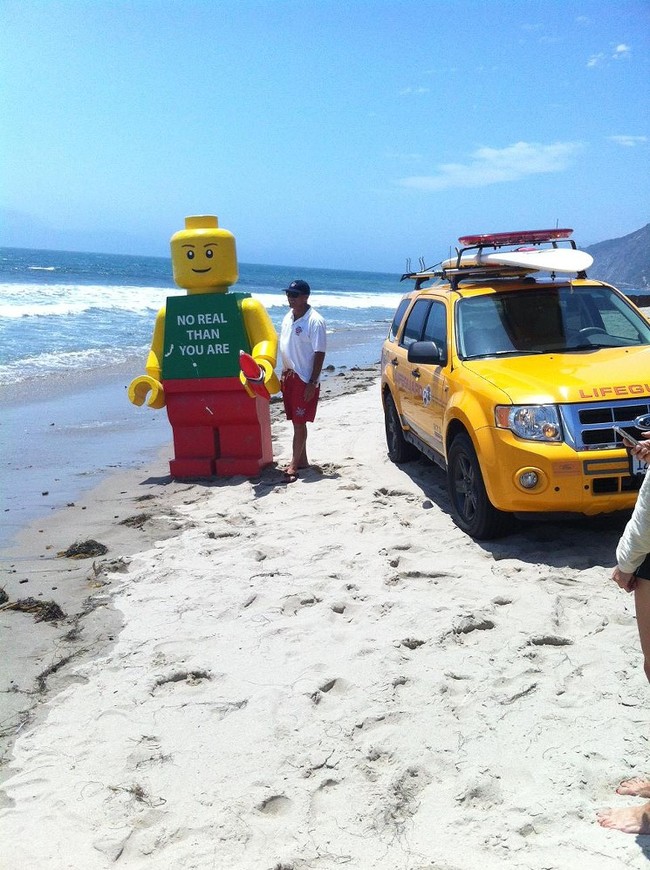 Now this is either a marketing stunt or some LEGO fanatic just having fun, as Ego Leonard, an 8-foot-tall figurine, has been spotted on at least four beaches around the world. There are still no clues as to where this giant minifig is originally from. 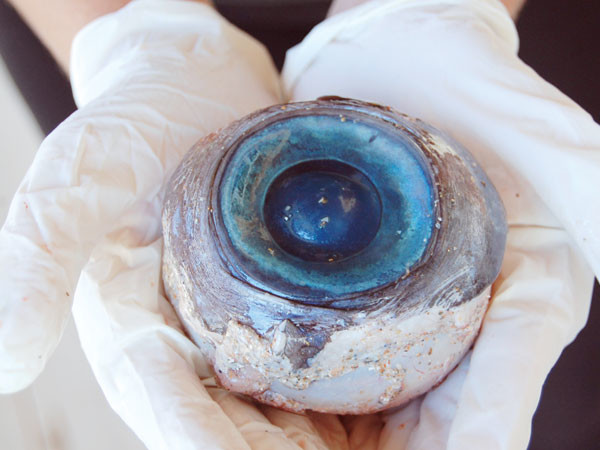 At first glance, this giant eyeball doesn’t appear to be human at all, and that’s because it’s not. An unsuspecting beach goer found this blue eyeball on a Fort Lauderdale beach, and researchers say it belongs to a swordfish, and not a mystical sea serpent / creature. 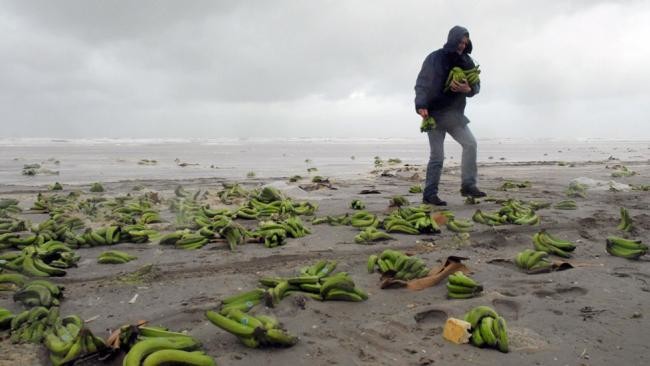 You’ve probably heard the term “banana boat” before (restaurants, books, etc.), but one actually sunk somewhere off the coast of two Dutch North Sea islands. Residents said they were fine to eat after ripening. 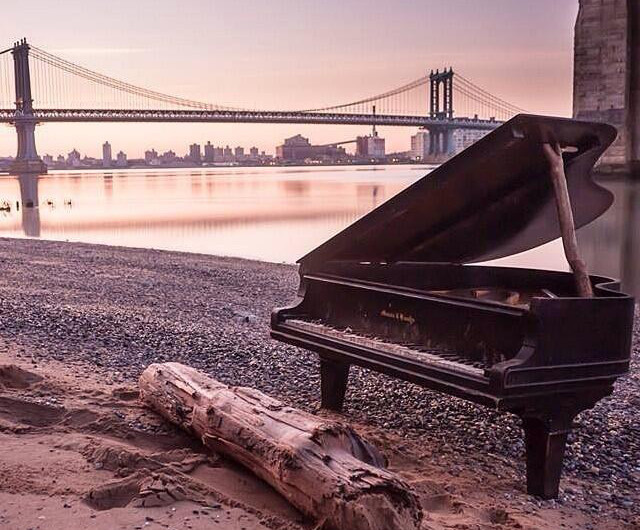 It looks like an album cover, but rest assured, this is a real grand piano that someone found on a random beach in Miami about 4-years ago. Now if you see this on an upcoming Michael Bolton album, you’ll know how the piano got there in the first place. 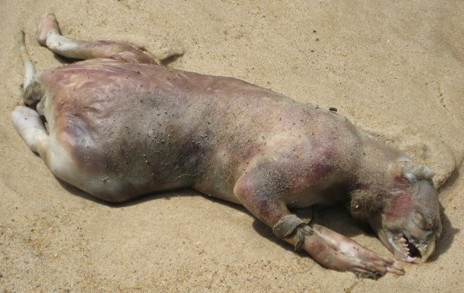 Whether if it’s the legendary chupacabra or a mutated sea creature gone wrong, one thing’s for certain, it was discovered on a beach in 2008. Zoologists claim it’s just a water-logged raccoon.

This Looks Like a Pizza Box, But Open it Up? You’ll See That It Actually Cooks Pizzas