Here’s a mind-boggling picture of Danny MacAskill performing bike tricks during the solar eclipse at the Quirrang on the Isle of Skye, Scotland on March 20, 2015. This amazing shot was created by “friend and photographer Rutger Pauw who came up with the idea after seeing that one of the best views would be on the rider’s home soil, where 98% of the sun was at one point obscured,” according to Twisted Sifter. Continue reading for more. 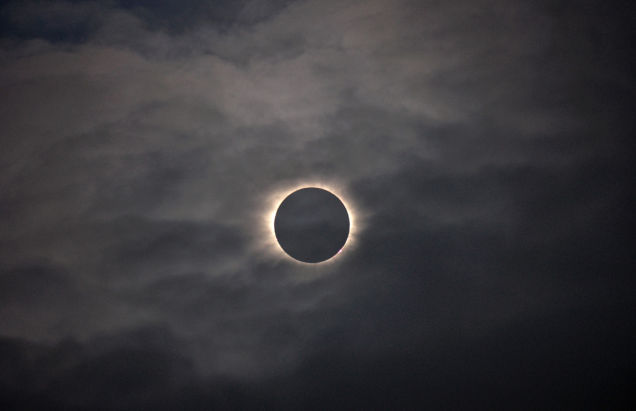 Total solar eclipse through the clouds as seen from Vagar on the Faeroe Islands. 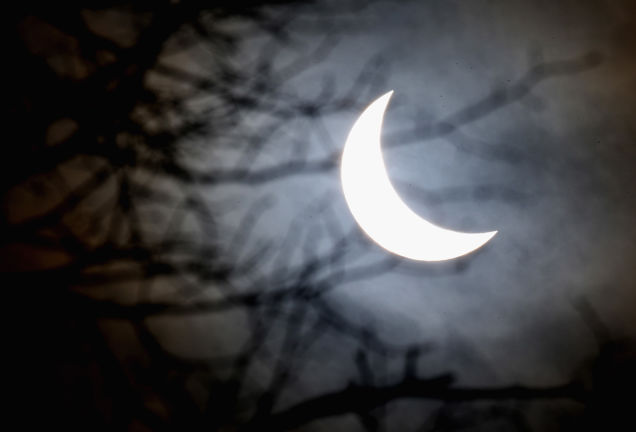 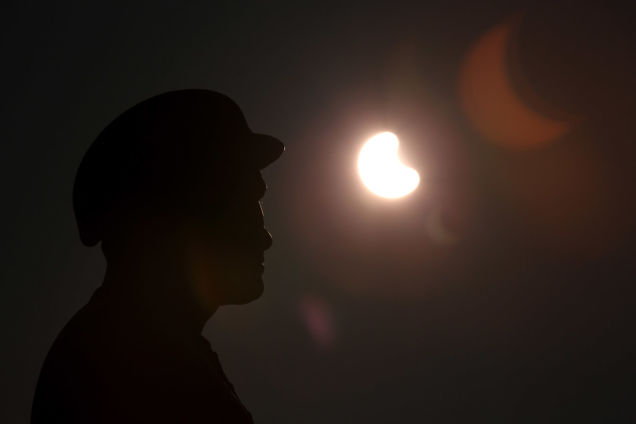 Partial solar eclipse over the Miner’s Family Statue in Tonypandy in South Wales. 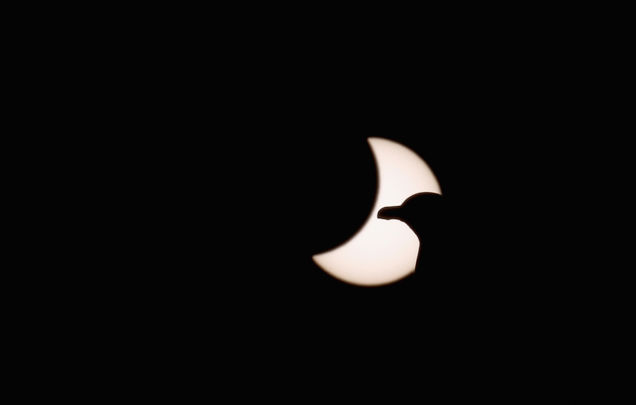 A seagull in Tonypandy, Wales. 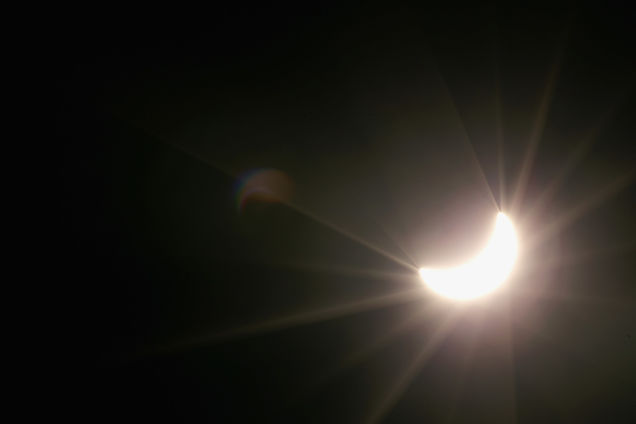 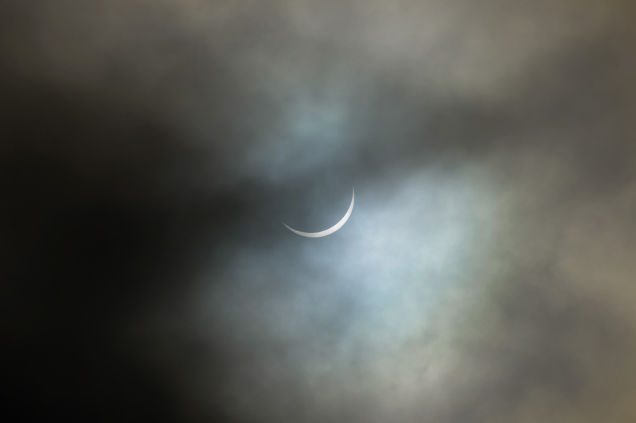 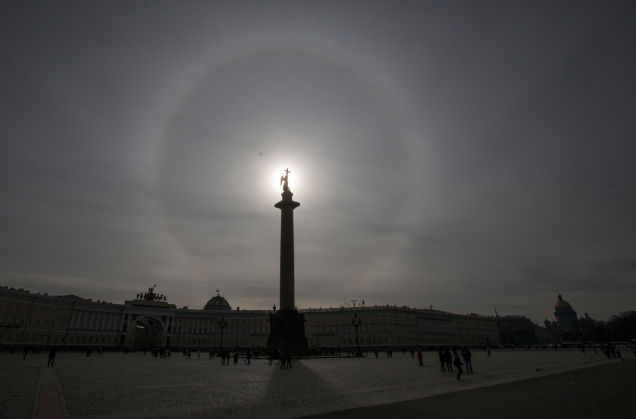 A halo is seen around the sun over Alexander Column at Dvortsovaya (Palace) Square in St.Petersburg, Russia, during the solar eclipse. 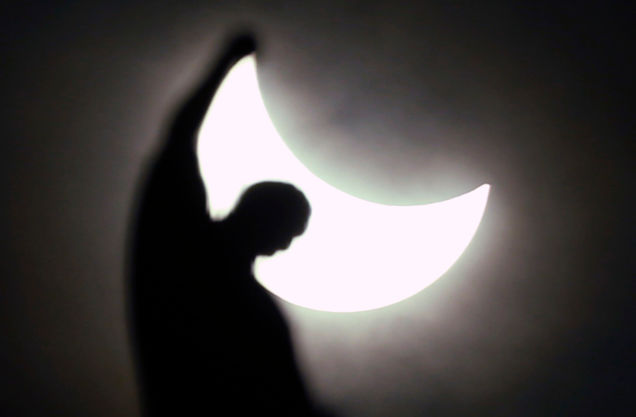 The moon blocks the sun over a statue of the Duomo gothic cathedral in Milan, Italy. 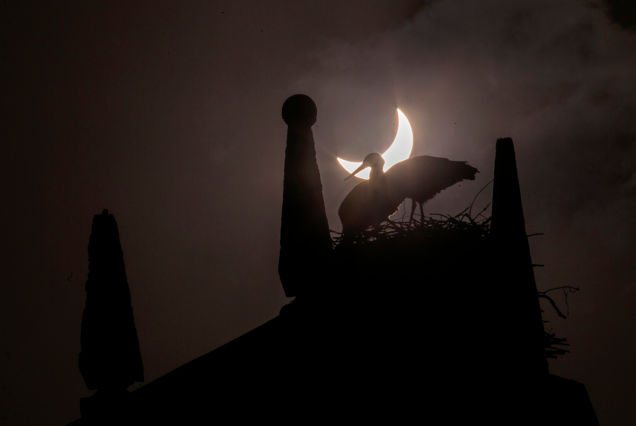 Two storks sit on their nest on top a chapel in Ciudad Rodrigo in Salamaca, Spain. 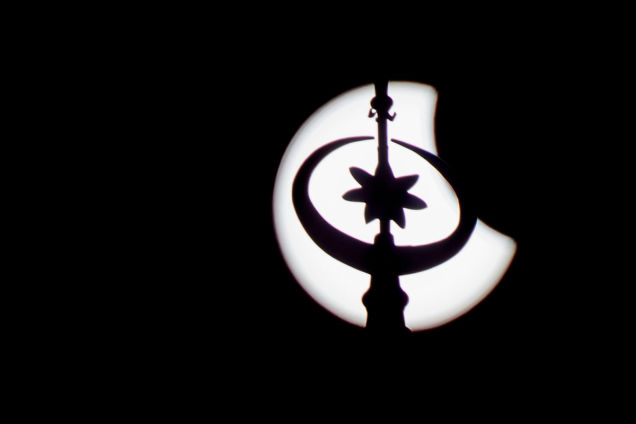 A view of a solar eclipse seen behind a minaret in Eger, 127 kms northeast of Budapest, Hungary.