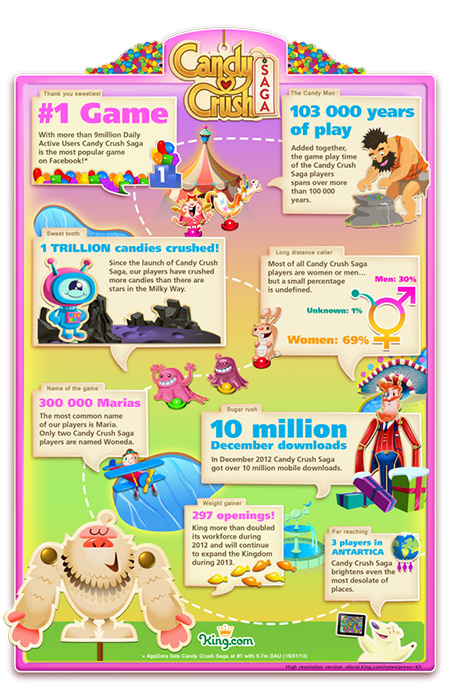 Candy Crush Saga is basically a game that was released on April 12, 2012 for Facebook, and then released on November 14, 2012 for smartphones, developed by King. Candy Crush Saga is popular on Facebook having more than 45 million likes on the application page. It is the most popular app on Facebook and the highest-grossing app in the Apple and Google app stores. iTunes Page. Continue reading for more.

This game is separated into levels, and each level has its own requirements to complete. These requirements include eliminating certain ingredients, removing gel-covered candies, or simply reaching a certain score. The Facebook version of Candy Crush Saga currently has 470 levels, and a new set of levels is released approximately every 3 weeks. The smartphone versions of Candy Crush Saga currently have 410 levels.

Candy Crush Saga will sometimes require a player to unlock a level before it can be played. A level can be unlocked by asking Facebook friends for help, or by paying money.