Photo credit: Matt Harbison via PetaPixel
Astrophotographer Matt Harbison spent 5-years capturing an amazing 2.5 gigapixel image of the Orion Constellation, which required shooting thousands of individual photos. One piece of specialized equipment that made his dream a reality is the $4,800 QHY 16200 CCD APS-H camera with an integrated 7-position filter wheel capable of capturing a 1.6-pixel scale of the constellation Orion. After all of the photos were captured, it still required over 500-hours of integration. Read more for a video and additional information.

The integration started in 2015 with a Dual Xeon-equipped Mac Pro with 64GB of RAM, but even then, it only got him to panel 47 out of 200 before hitting a bottleneck. Fast forward to August 2020, he finished the project with an AMD Threadripper packing 24-Cores and 256GB of RAM. Software used include Sequence Generator Pro, PHD2 Guiding, Pixinsight, Astro Pixel Processor, and Adobe Photoshop. 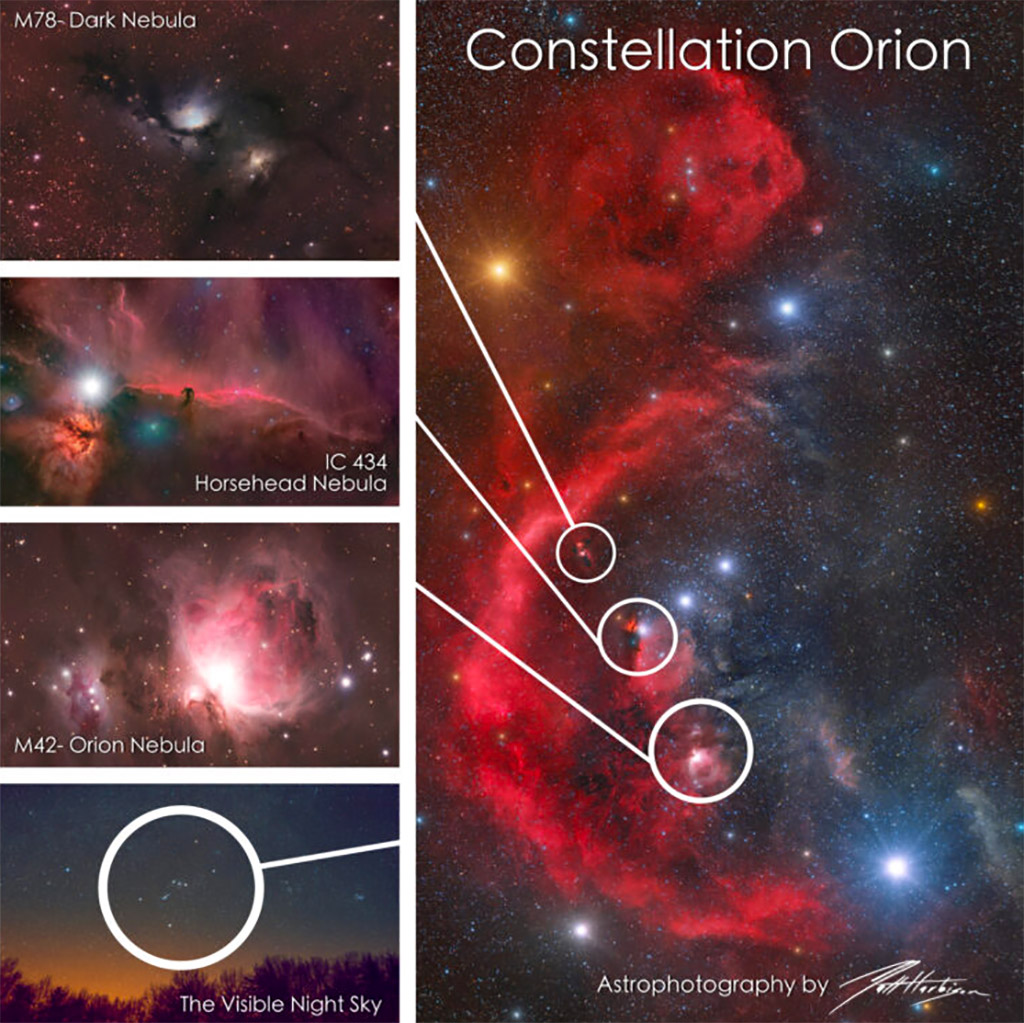 The image posed many problems from the start- balancing differing sky conditions per night, aligning to the same star position each and every night, and meticulously returning to a position just a few thousand pixels North, South, East, or West. Aside from the challenge of software, there were also the continual hardware problems and challenging weather conditions in East Tennessee. Sure, there are some good nights, but there are some not so good nights as well,” said Harbison.