The 2020 Acura NSX in Indy Yellow Pearl will make its debut at Monterey Car Week, or the Concours on the Avenue in Downtown Carmel alongside an NSX GT3 Evo race car to be more specific. This new NSX is now available for ordering, with first customer deliveries to begin in November, priced from $157,500. Indy Yellow Pearl pays tribute to Spa Yellow, one of two yellow paints offered on the first-generation NSX, and will join Berlina Black as an available heritage color for the 2020 model year. Read more for additional pictures and information. 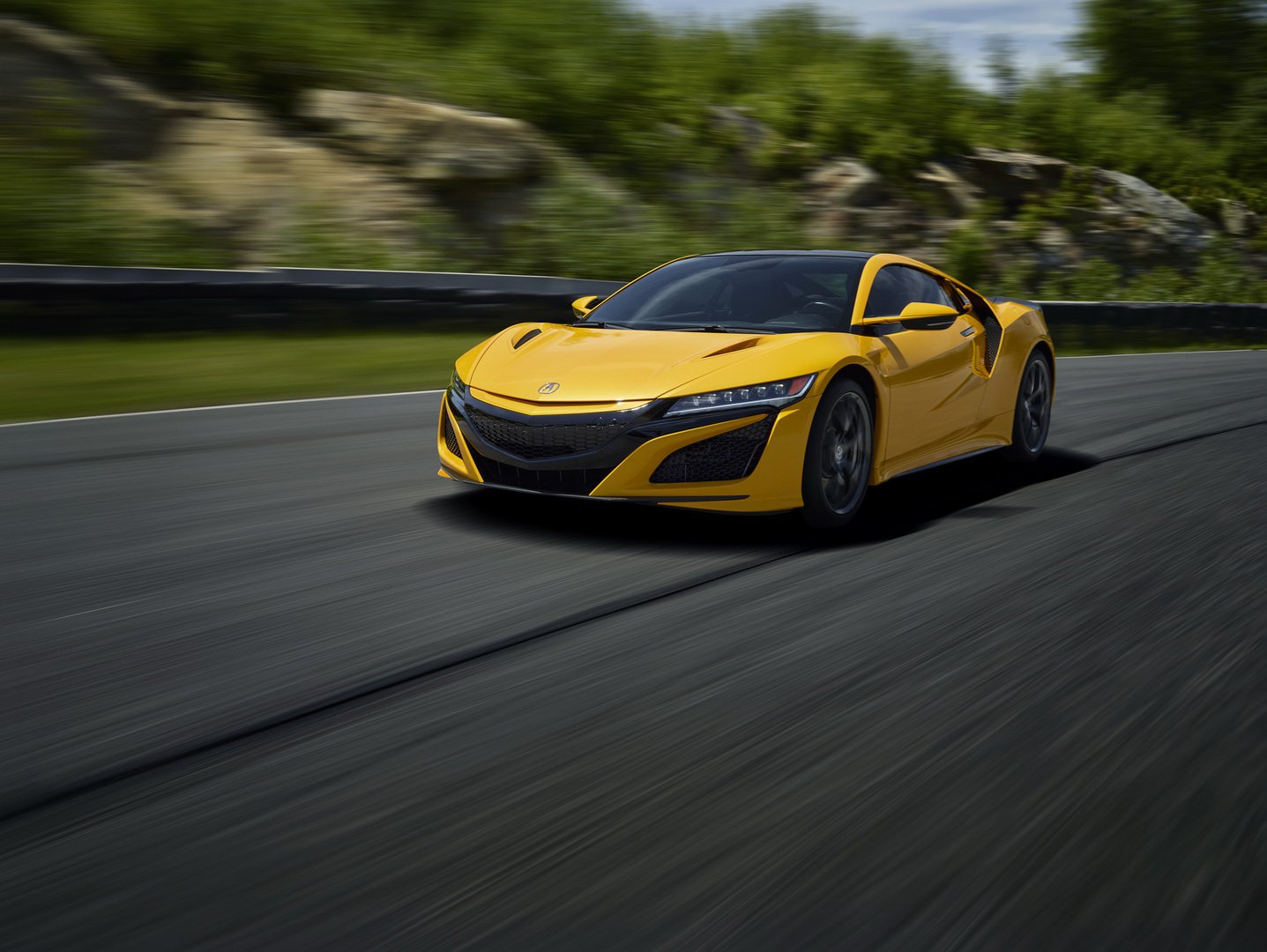 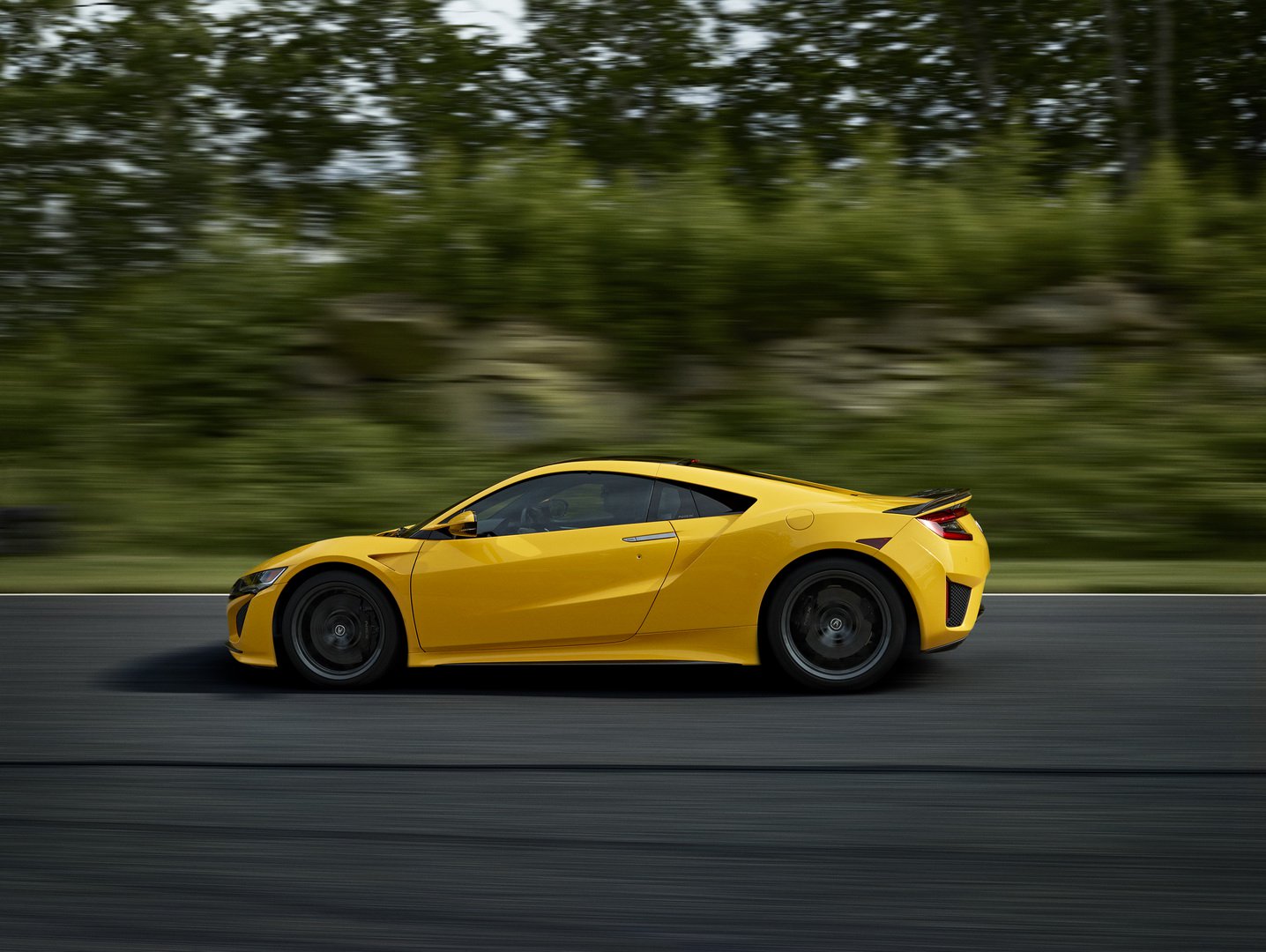 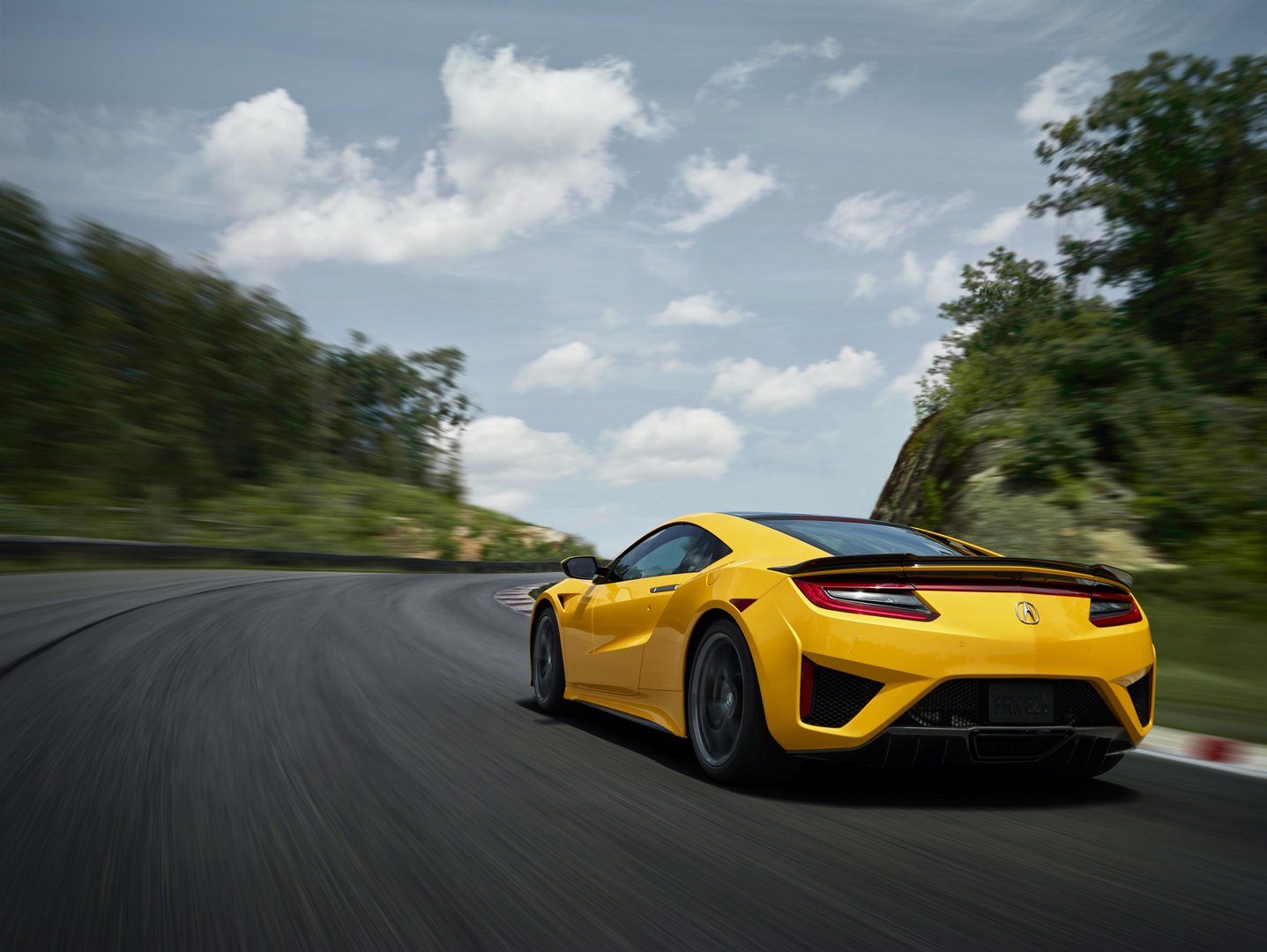 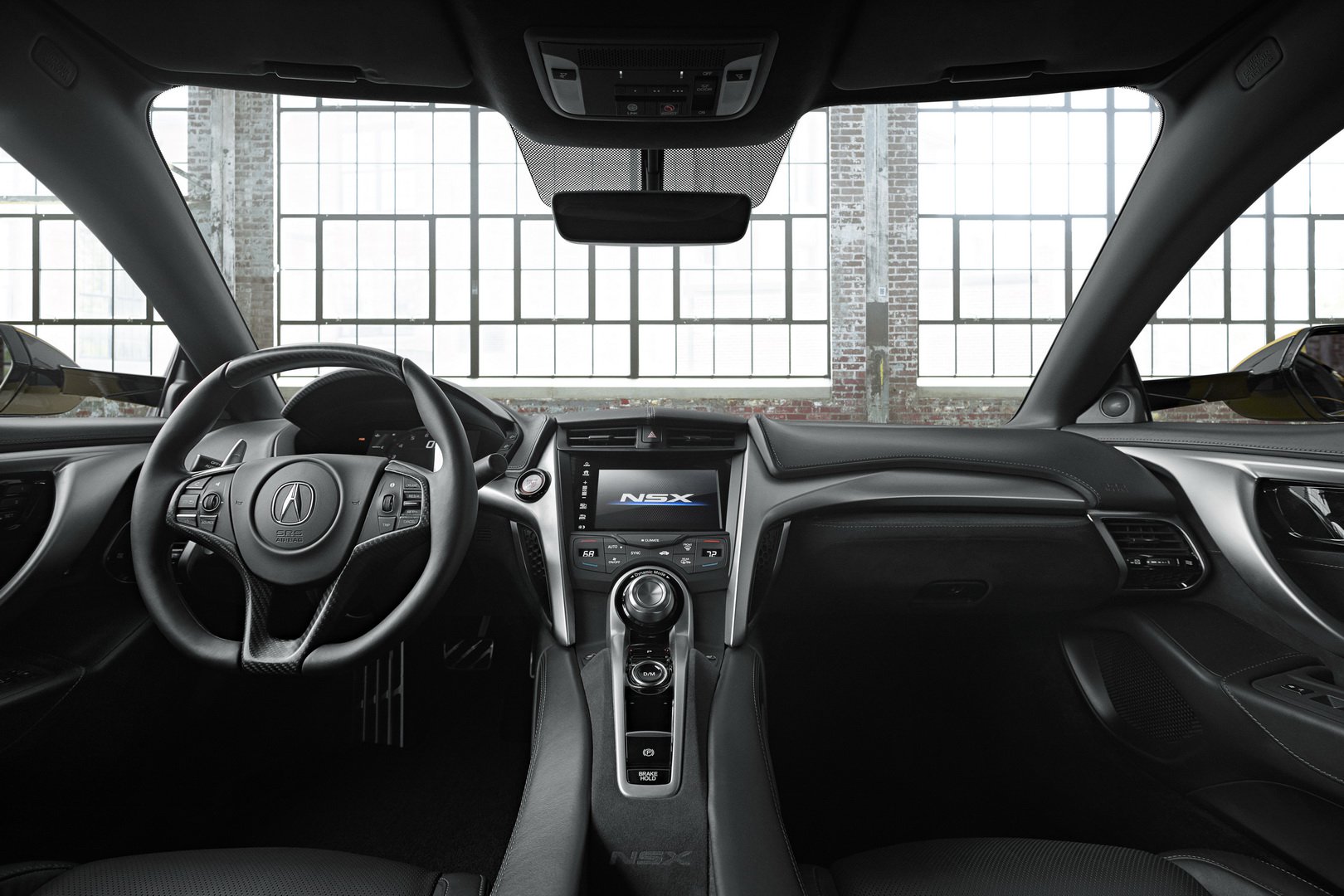 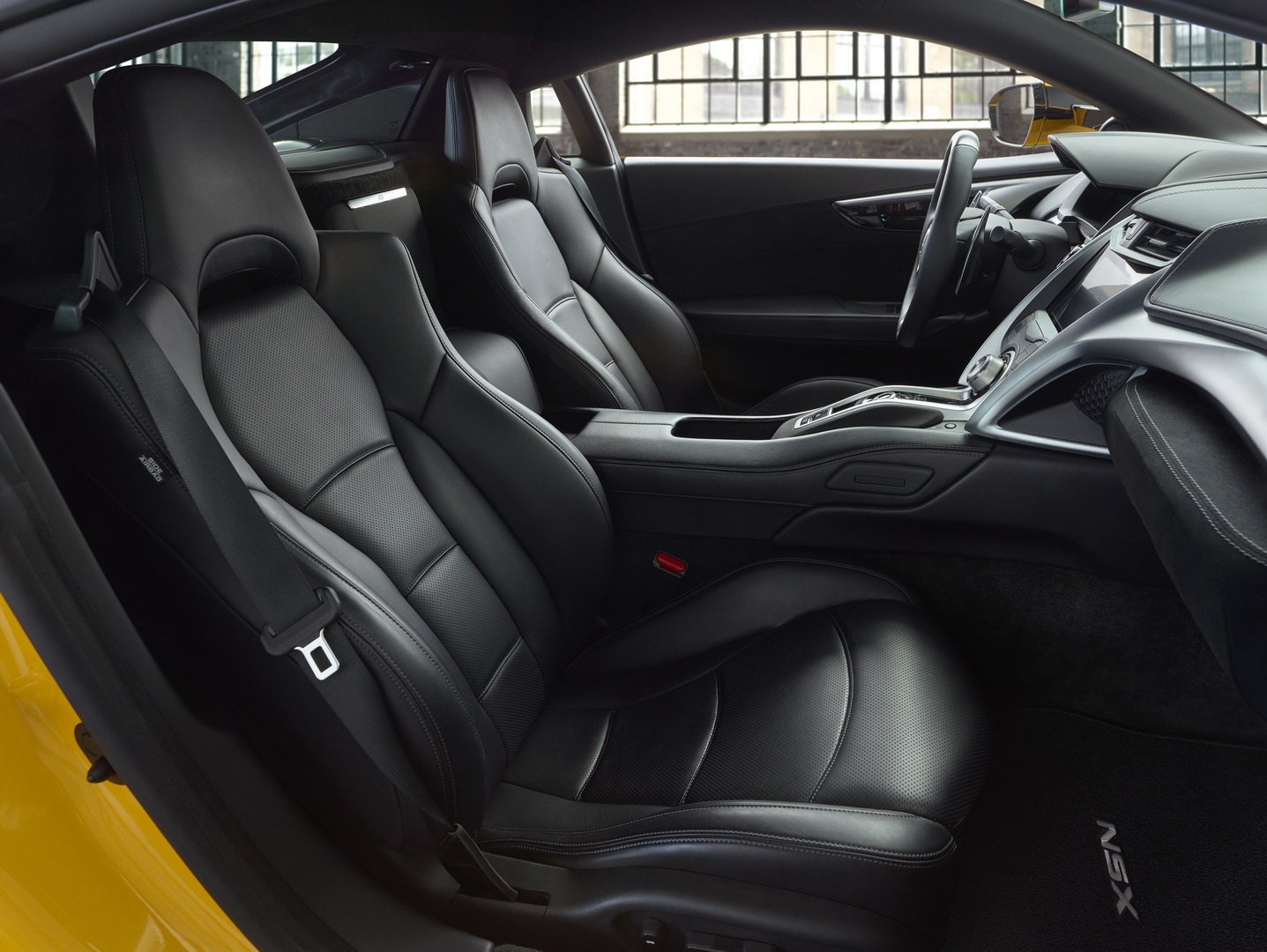 Spa Yellow was chosen for around 20-percent of NSXs produced between 1997 and 2003, and in the final two years of NSX production (2004-2005), this color was replaced by Rio Yellow. Like previous model years, each second-generation NSX is handcrafted at the Performance Manufacturing Center (PMC) in Marysville, Ohio. It’s powered by an innovative Sport Hybrid SH-AWD power unit consisting of a twin-turbocharged 3.5-liter V6 engine and three electric motors supplementing the engine with instantaneous electric torque, mated to a 9-speed dual clutch transmission (9DCT).