Many are accustomed to seeing Ford Crown Victoria-based police interceptors, but the automaker has just revealed one based on the all-new Explorer SUV. The 2020 Police Interceptor hybrid, powered by a 3.3-liter V6 engine, mated to a 10-speed transmission, achieves 24 mpg, a 41 percent improvement over the outgoing 3.7-liter V6 Interceptor. “We never do a police car on our own, because we get so many benefits from Ford’s production program,” said Interceptor vehicle engineer Allen Magolen. Read more for additional pictures and information.

Police agencies can also opt for a lower-priced 3.3-liter V6-equipped Interceptor, but the hybrid will make up for its higher price in about a year — around $3,500 in annual fuel savings, Ford estimates. The hybrid benefits from not only the drive-train’s increased fuel economy, but its added torque for performance as well. 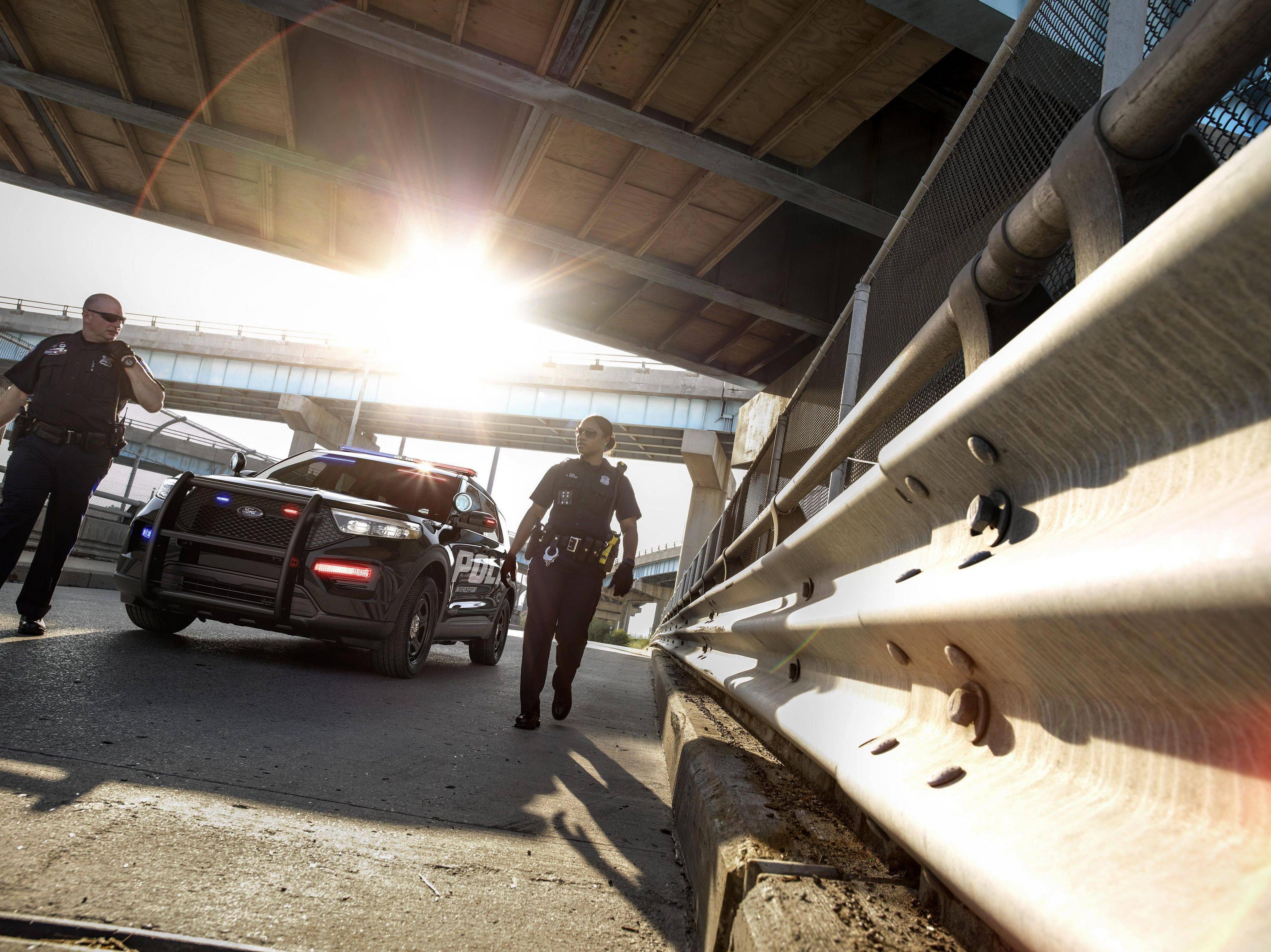 “When the Michigan State Police tested the new Police Interceptor Utility with its hybrid powertrain, it shined. It beat competitive police utility vehicles in a 0-to-100-mph sprint, and it also beat the competition in a lap around the MSP’s test track. The only vehicle faster than the hybrid was the new Police Interceptor Utility equipped with the 3.0-liter turbo V6,” reports CNET.