The 2021 Porsche 911 Turbo has arrived, and it’s definitely no slouch. Powered by a twin-turbocharged 3.8L flat-six engine producing 572 horsepower and 553 pound-feet of torque, mated to an eight-speed dual-clutch transmission sending power to an all-wheel-drive system. All of this mean that it’s capable of accelerating from 0-60 miles per hour in just 2.7 seconds for the coupe and 2.8 seconds for the convertible, while topping out at 198 mph. Read more for a video, additional pictures and information.

Priced from $170,800 for the coupe and $183,600 for the convertible, both variants of the 2021 911 Turbo come equipped with Porsche Advanced Cockpit and Direct Touch Control inside. The 10.9″ infotainment system can be operated quickly and without distraction thanks to its new architecture. Other interior features include fully electrically controlled 14-way sports seats, the Sport Chrono package, a GT sports steering wheel with shift paddles, multifunction / mode switches, and powerful BOSE Surround Sound System. 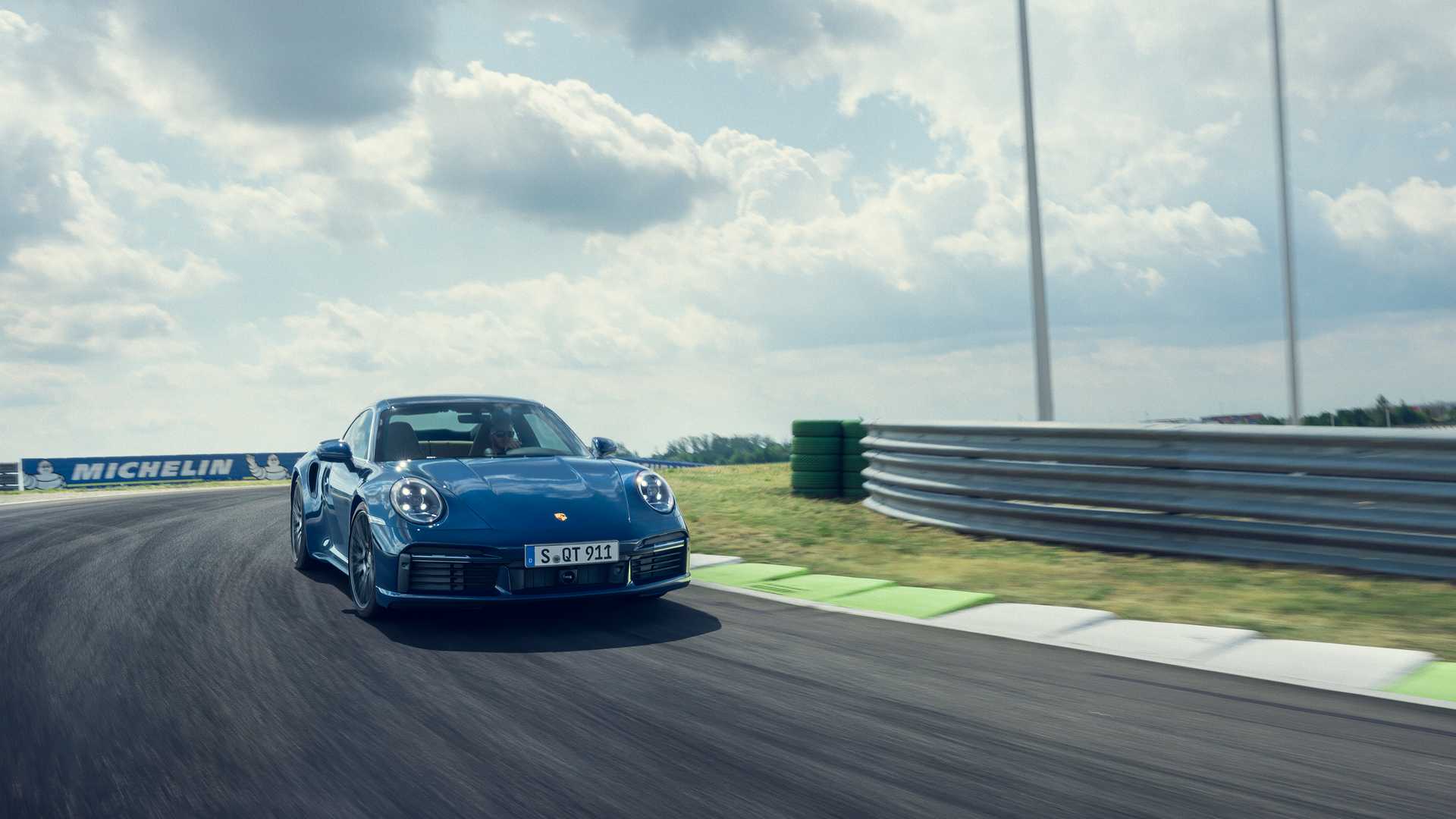 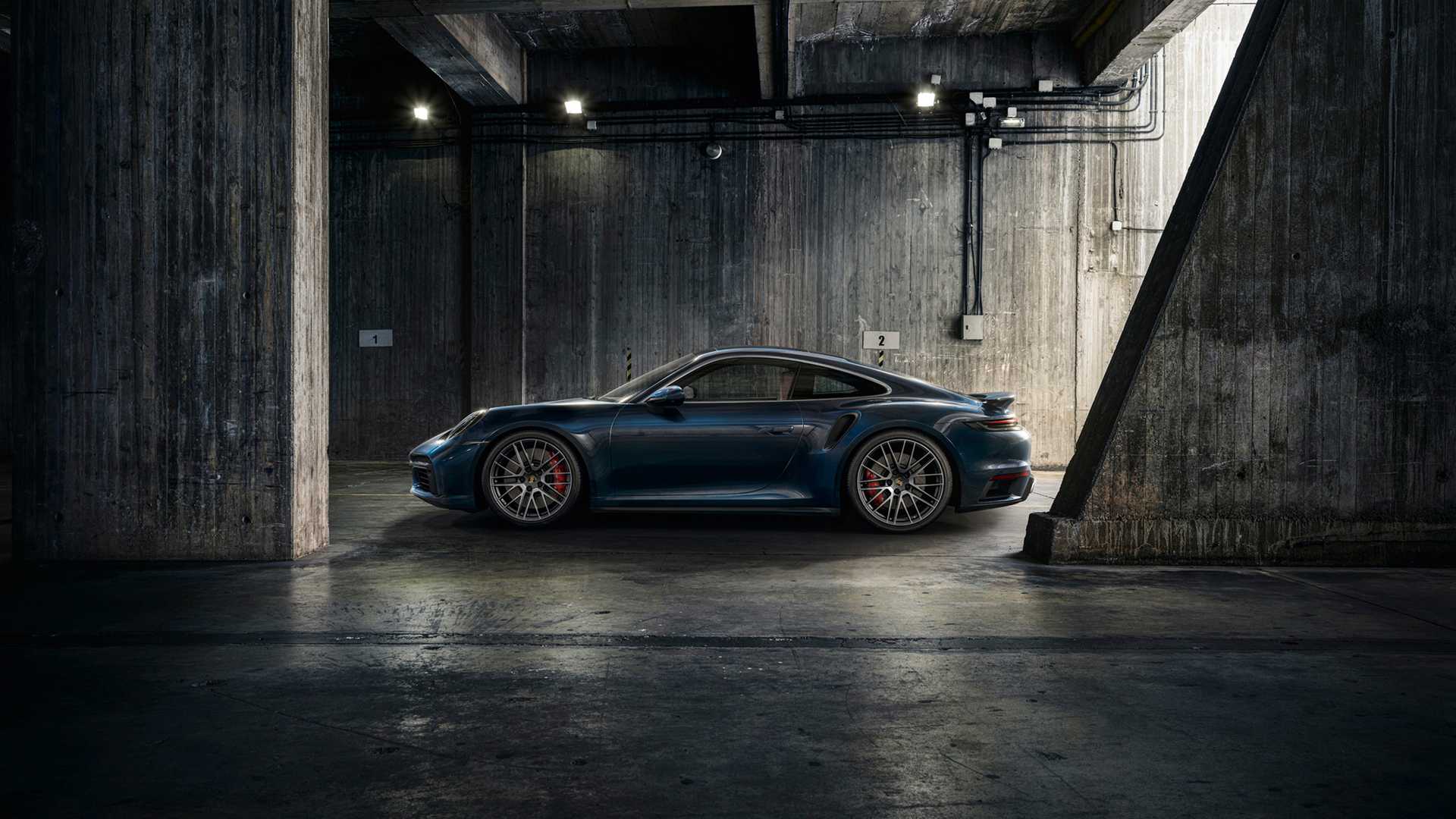 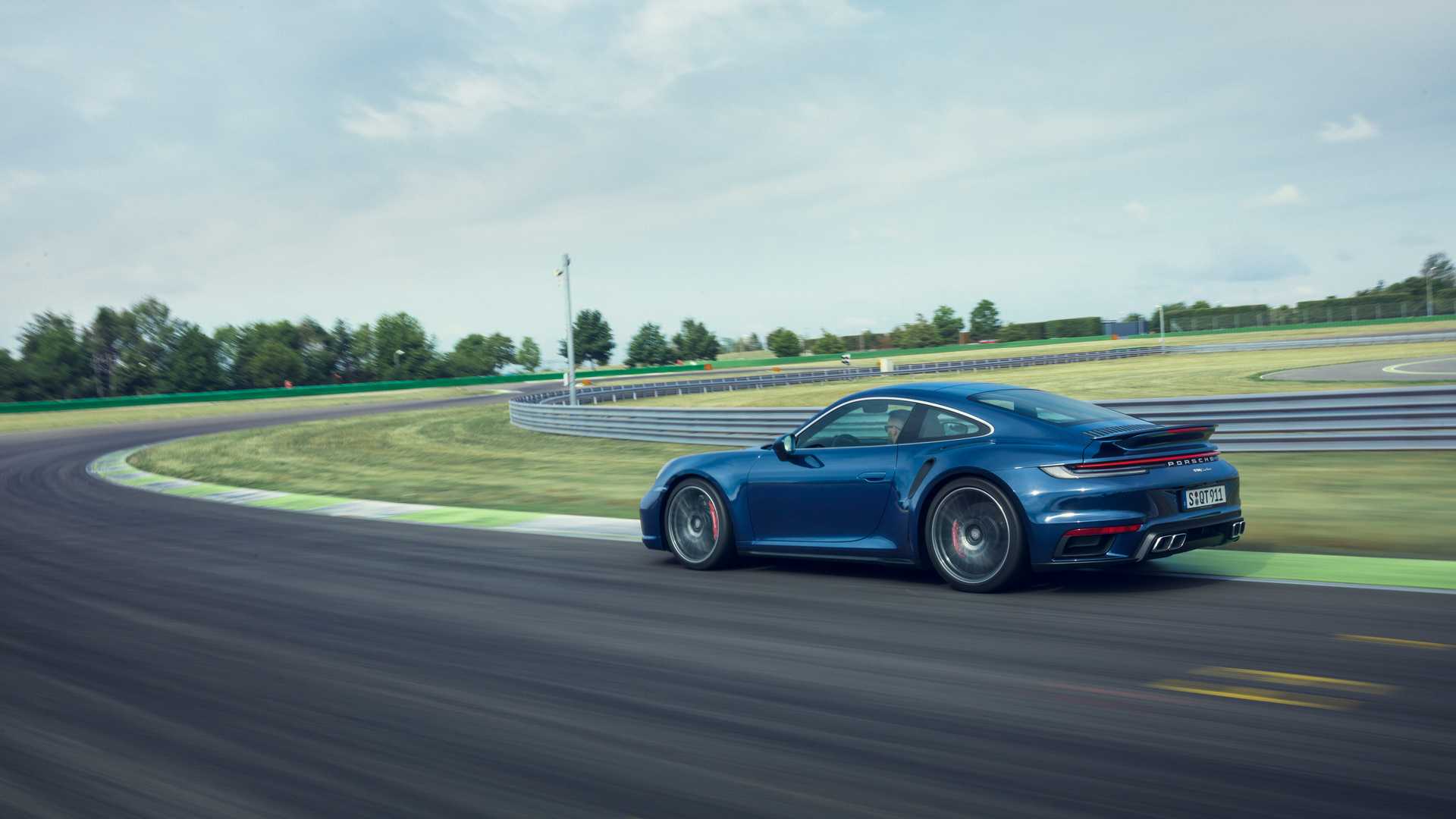 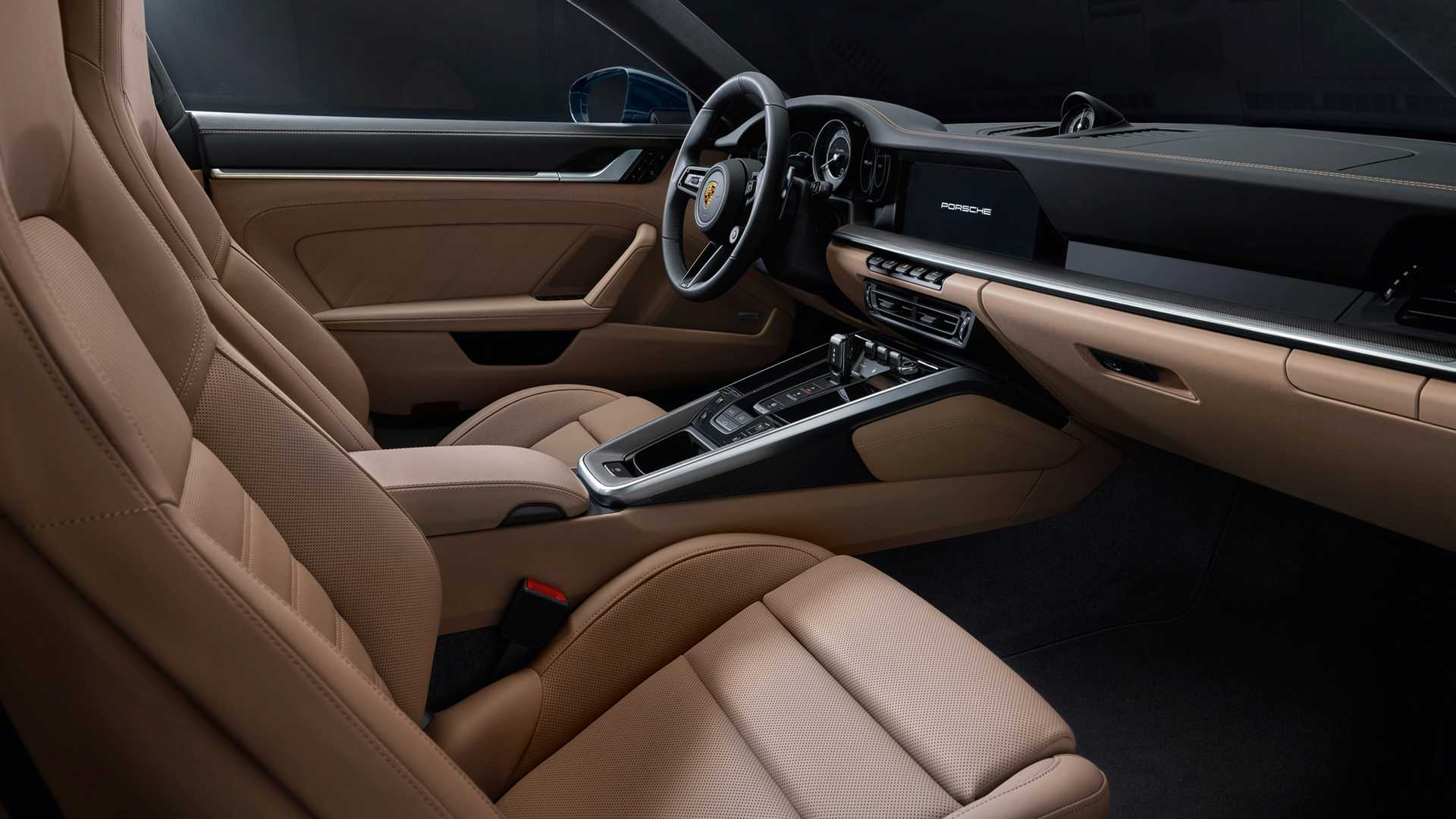 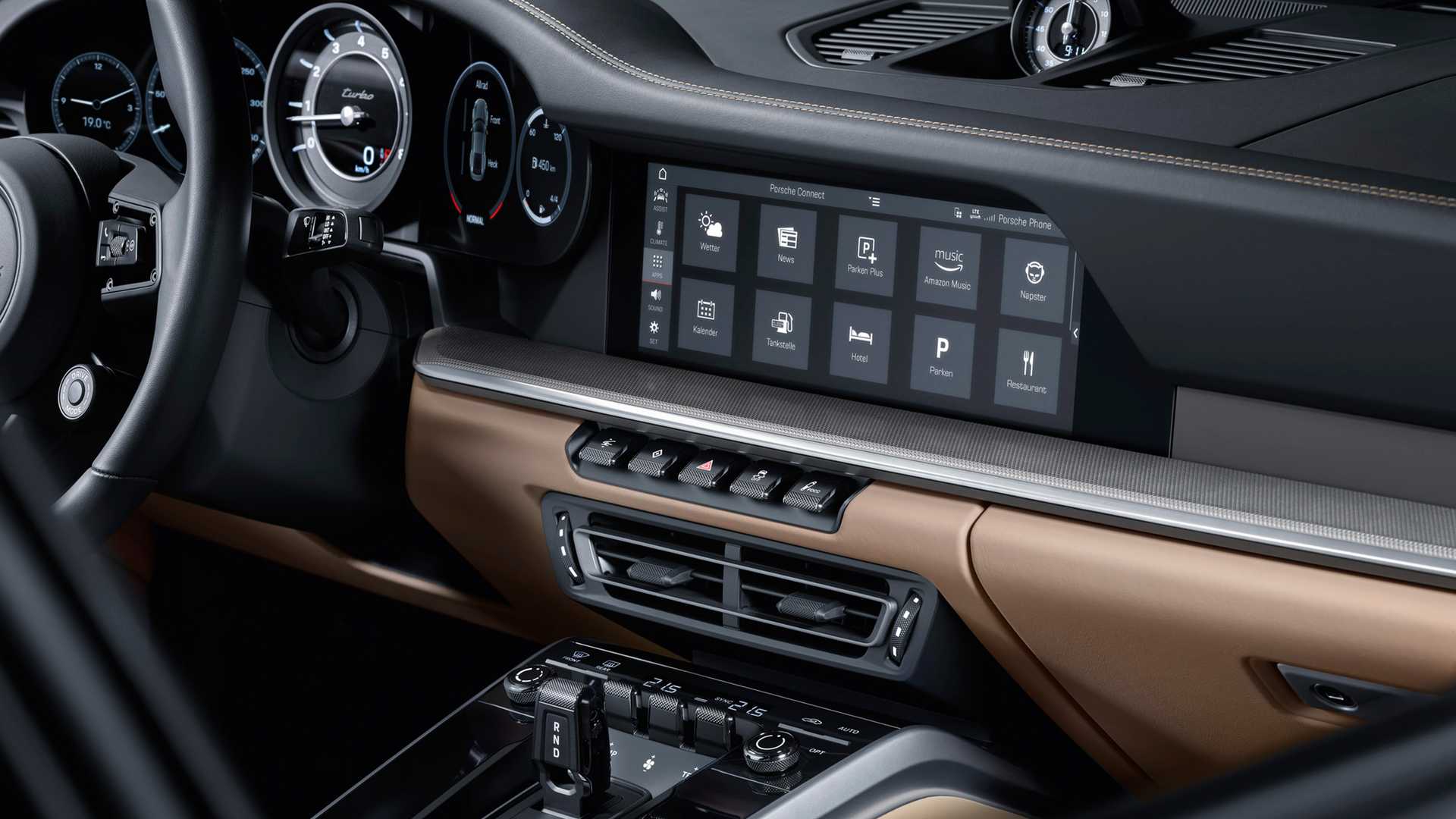 The appearance and performance-focused character of the vehicle can be additionally enhanced by the optional Lightweight package and Sport package. The Lightweight package for the coupe reduces the vehicle’s weight by about 66 pounds. Full Bucket seats, the deletion of the rear seats and reduced sound insulation contribute to the weight savings and allow the exhaust note to enter the cabin more intensely. The Sport package encompasses all the elements of the SportDesign package as well as additional applications in Black, carbon fiber elements and Exclusive Design clear taillights,” said Porsche.