What you’re looking at above isn’t dead leaves, but rather real camouflaged insects. To be more specific, they’re known as the “dying leaf-mimic katydid”. This species in startle display showing false eyespots on wings. This leaf-mimic katydid resembles a dead or diseased leaf at rest to protect itself from the predators. There’s also the dead leaf butterfly, praying mantis, and the green Phylliidae. Continue reading to see more.

The Mimic octopus is a smaller octopus, growing to an average length of about 60cm, roughly two feet, and their tentacles grow to be 25 inches long, with a diameter about the same as a pencil at their widest. The octopus’s natural color is a light brown/beige color. However, they are usually a more noticeable color of striped white and brown to scare off predators by appearing to be poisonous. It is unknown whether the mimic octopus is in fact poisonous to its predators. However, it is assumed that they are not considering that if they themselves were poisonous, then there would be no need to camouflage themselves as all these other poisonous sea animals. 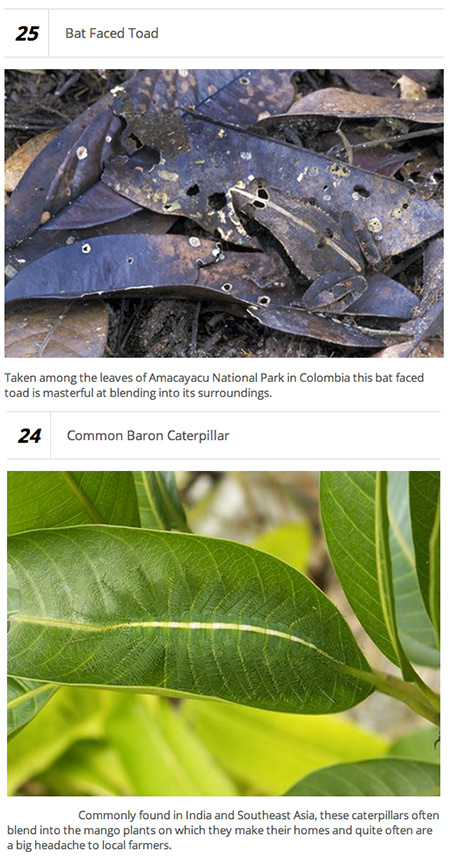 18 Funny and Geeky Pranks That Might Get You in Trouble