No, the image above isn’t a CG-render, but rather the 2010 Guatemala City sinkhole. This disaster, in which an area approximately 65-feet across and 100-feet deep collapsed in Guatemala City’s Zona 2, swallowed a three-story factory. The sinkhole occurred for a combination of reasons, including Tropical Storm Agatha, the Pacaya Volcano eruption, and leakage from sewer pipes. Immediately after the sinkhole’s collapse, there were plans to fill it in with a soil cement made from cement, limestone, and water known locally as lodocreto. Continue reading for more. 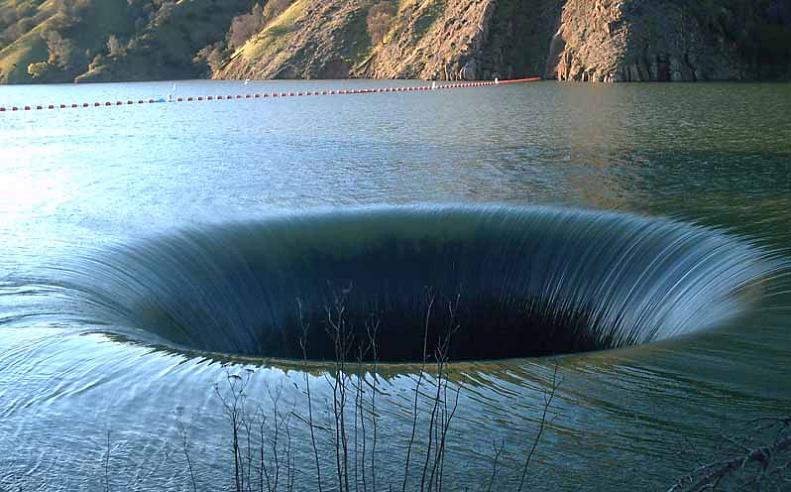 The dam’s spillway, the “Glory Hole” is 72-feet in diameter at lake level and narrows down to about 28-feet at the exit. At the lake’s peak level the spillway can drain 48,400 cubic feet per second . Swimming near the glory hole is prohibited. The exit of the spillway is well known in the skateboarding world as a full-pipe. 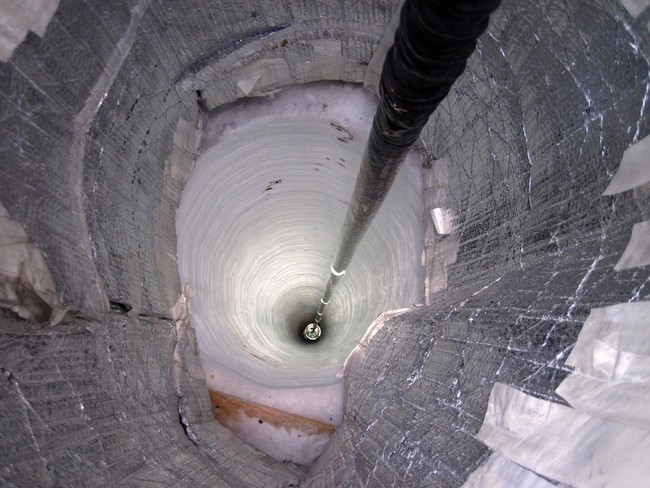 The IceCube Neutrino Observatory is a neutrino telescope constructed at the Amundsen-Scott South Pole Station in Antarctica. Its thousands of sensors are distributed over a cubic kilometre of volume under the Antarctic ice. These holes were excavated using heated pipes and made so researchers can observe the elusive neutrinos using the South Pole Telescope. 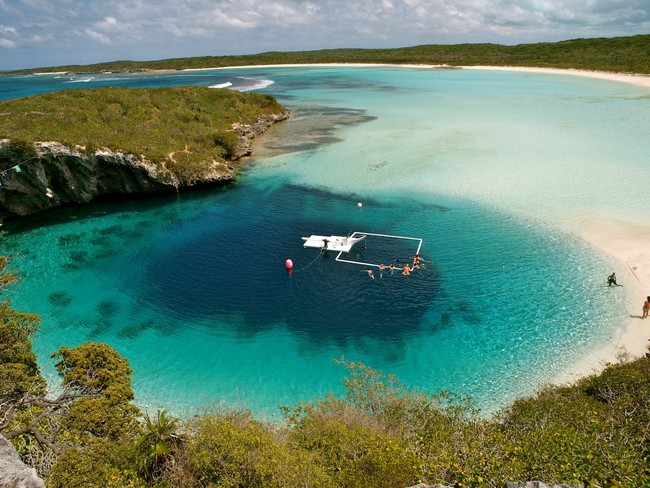 Dean’s Blue Hole is the world’s deepest known salt water blue hole with an entrance below the sea level. It plunges 663-feet in a bay west of Clarence Town on Long Island, Bahamas. Blue hole is a term for water-filled sinkholes with the entrance below the water level. The maximum depth of most other known blue holes and sinkholes is 360-feet, which makes the depth of Dean’s Blue Hole quite exceptional.

3 Awesome Budget Gaming Laptops You Can Get for Under $500