An auto-aiming NERF blaster may not be practical, that is unless…you hold annual office wars using these toys, but the idea of one is most certainly intriguing. One gamer who goes by “3D Printed Life” online, decided to make it a reality. First, he started with a borrowed design from a catalog of open source NERF guns, and then modified it to include a two-axis gimbal between the lower as well as upper section. Read more for a video and additional information.

Everything is powered by a pair of stepper motors running an Arduino microprocessor. For accurate aiming, a camera module located on a Raspberry Pi mini computer running OpenCV – a computer vision library – was added. When the trigger is half-pressed, OpenCV begins tracking whatever was at the center of the frame and automatically adjusts the gimbal to keep the object in frame until the user fires. The trigger mechanism is comprised of two microswitches that activate a servo to release the sear, while also being capable of tracking a moving target or face that comes into view. 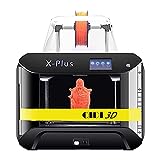