Bioluminescence is quite common in the animal kingdom, but not octopods. However, the deep-sea finned octopus, Stauroteuthis syrtensis, about the size of a fist, was discovered to emit a fairly bright blue-green light recently. The illumination comes from organs very similar to suckers, but instead of sucking muscles, the organs have light-emitting cells. This light would be ideal for communication and to lure its prey. Continue reading for more. 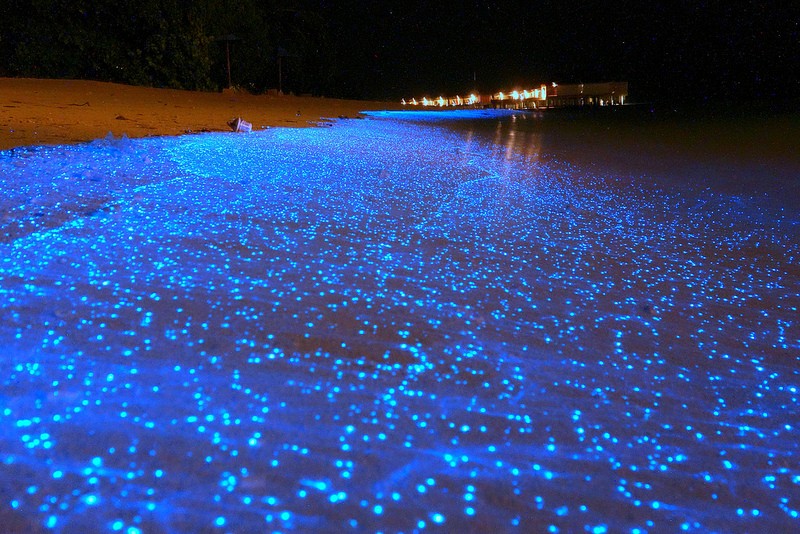 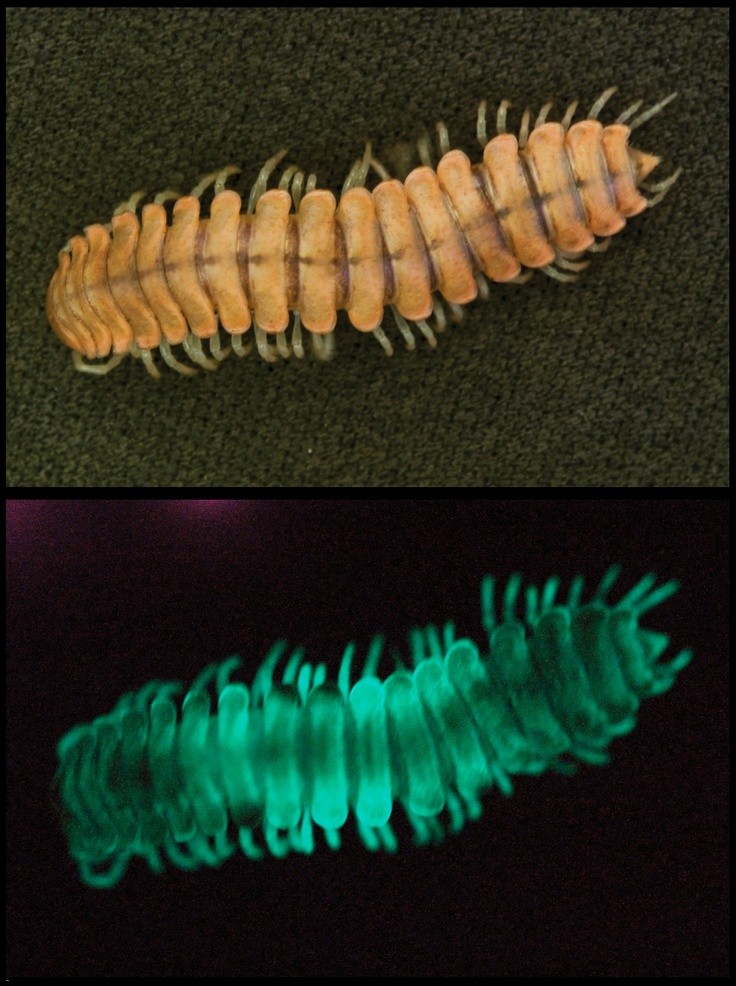 Forget fireflies and check out these lightning bugs of a different color. Chris Lavin stumbled upon fluorescing millipedes during an evening stroll near her home in Canyon, CA. These glowing millipedes use their glow to warn nighttime predators to stay away. Eight species are bioluminescent, meaning they can glow just like fireflies and glowworms. 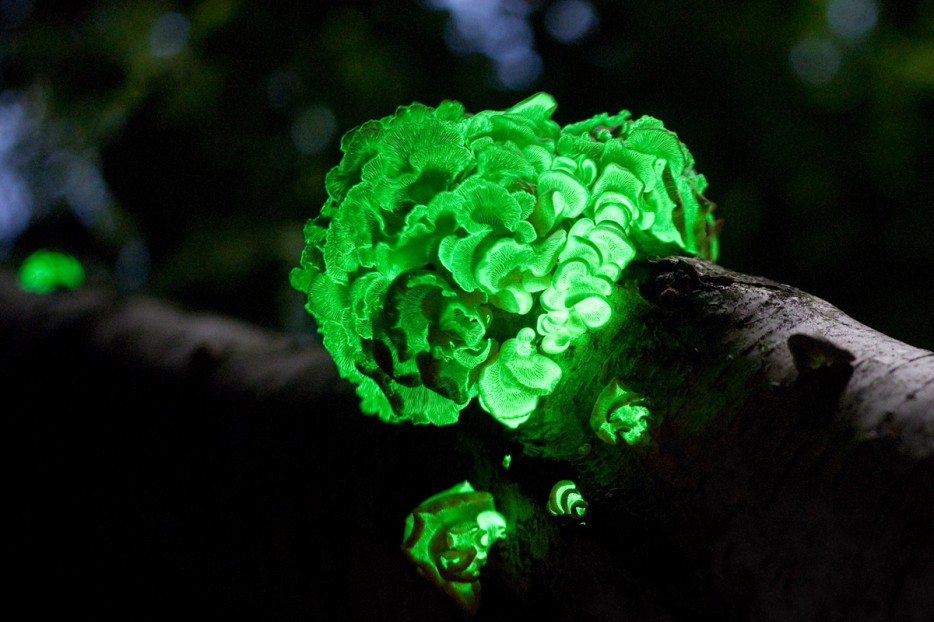 Though most fungi species don’t possess the bioluminescence ability, there are some 71 known species of bioluminescent mushrooms contained within three groups: the Omphalotus, Armillaria, and Mycenoid lineages. Their degrees of light intensity differ. Where as the Australian species are very luminous, North American species tend to emit less light and require adjustment to the dark before they can be seen. Two reports of these fungi date back to Pliny the Elder in the first century, who described luminescent white wood-decaying mushrooms in France. 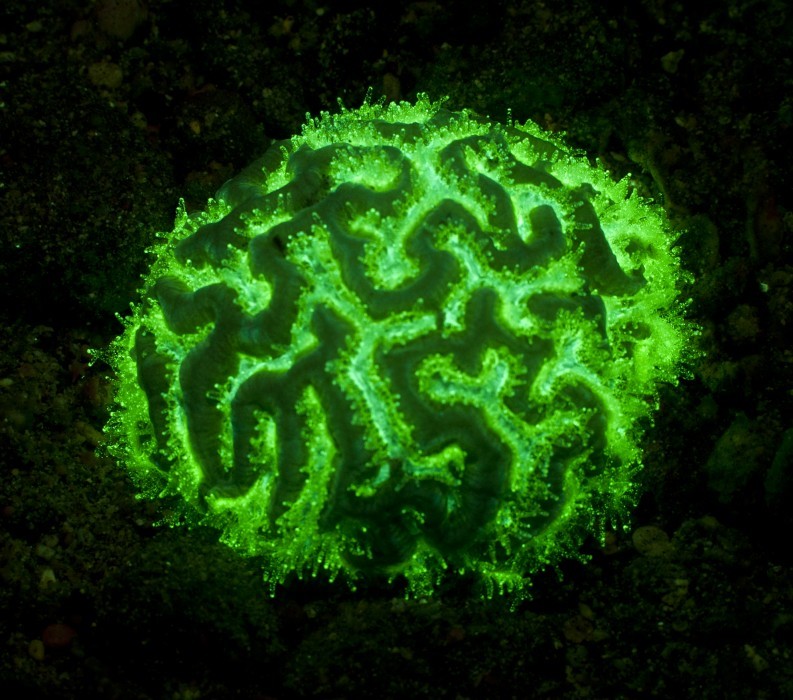 As some of you know, bioluminescent animals produces their own light, but biofluorescent animals absorb light and re-emit it as a different color. Corals, relatives of the jellyfish, are almost always exclusively biofluorescent, and when illuminated with blue or violet light, they start glowing neon orange, green and red. 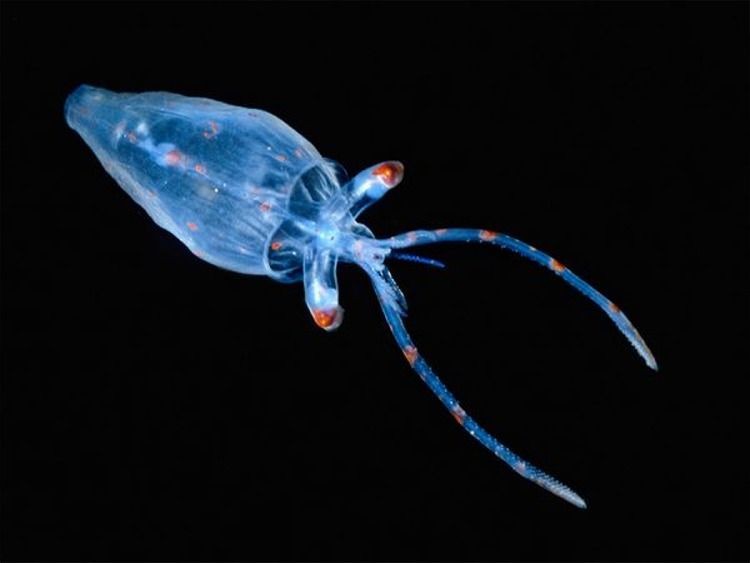 There are many types of squid that have their lower ventral surfaces covered with small light-emitting photophores, which put out a soft glow when the squid turns them on. They also move vertically through the water each day – known as vertical migration – and stay down deep during the daylight, but come up to the surface at night under cover of darkness.

RAVPower Element 10400mAh Portable Battery Pack Gets 74% Reduction to $25.50 Shipped, This Week Only