Similar to humans, many animals also lose limbs due to accidents and / or disease, and thankfully, prosthetic technology has advanced far enough to enable most of them to function again at 99%. We’ve rounded up five amazing examples for your viewing enjoyment. Continue reading to see them all. 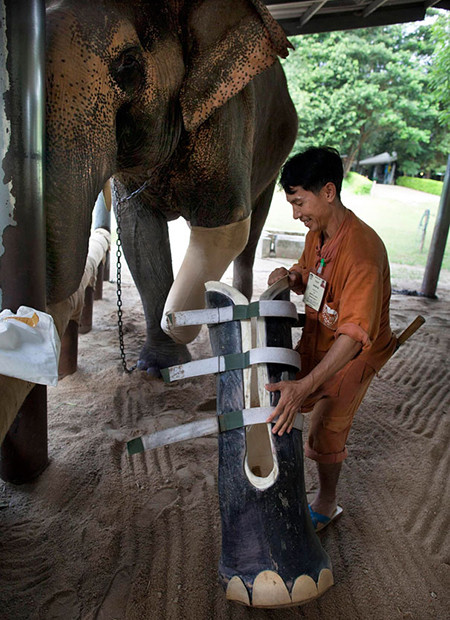 In this picture, you can see Motala, age 50, who lost his foot after stepping on a land mine. Thanks to the dedicated workers at the elephant hospital located in Lampang, Thailand, the elephant received a new prosthetic leg. 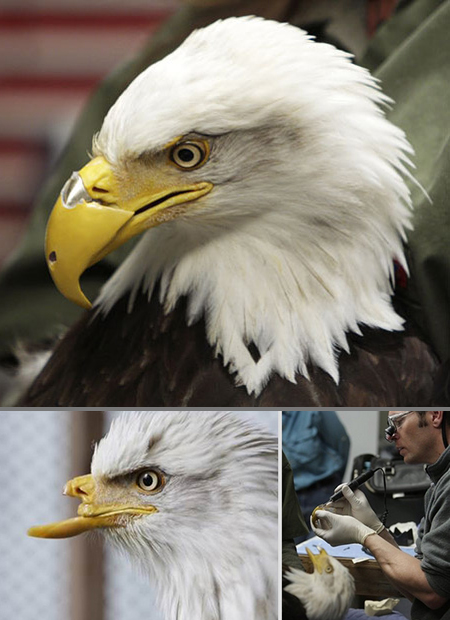 More than three years after a poacher shot off her upper beak, a bald eagle named Beauty can finally live up to her name – with the help of volunteers. A team attached an artificial beak to the 15-pound eagle in mid-May, improving her appearance and, more importantly, helping her grasp food. 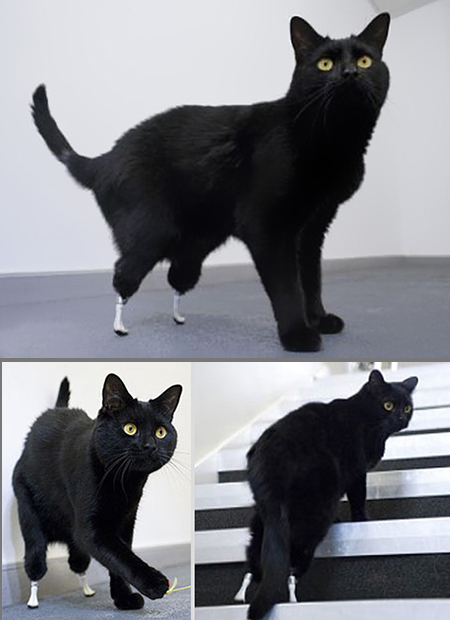 While snoozing in a maize field in Jersey, Oscar had his back paws sliced off by a combine harvester. Peter Haworth was the vet Mr Nolan saw at New Era Veterinary Hospital in Jersey, he was able to clean and dress Oscar’s wounds. The new feet are custom-made implants that “peg” the ankle to the foot. They are bioengineered to mimic the way deer antler bone grows through the skin. 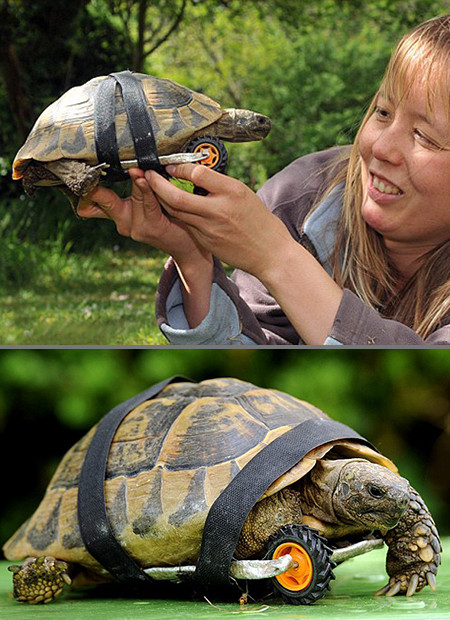 Vets fitted the tiny wheel with the help of some velcro to take the place of her severed front right limb last month – and she’s already racing around on her new prosthetic attachment. Her ordeal happened when the voracious rodent decided to chew off the appendage while the tortoise, thought to be about 45 years old, was fast asleep during her winter hibernation. 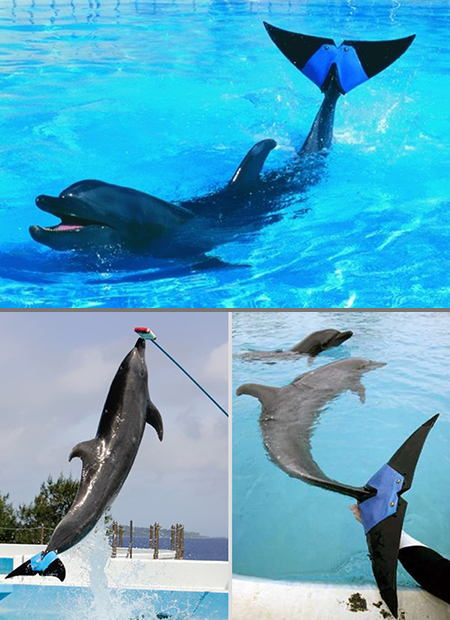 In the Okinawa Churaumi Aquarium, visitors still line up to see the world’s first dolphin with an artificial fin. Fuji, now around 40 years old, lost much of her tail years ago to a necrotic disease. Around 75% of her fin had to be amputated. In 2004, Bridgestone, the largest manufacturer of tires in Japan, designed and built a replacement for Fuji made out of silicone, cushioned with foamed rubber, and reinforced with carbon fiber.

This is the Smallest Fish Aquarium in the World

Only Geeks Would Say This About a Huge Atomic Bomb Explosion