Since 1972, NASA’s Landsat satellites have continuously acquired space-based images of the Earth’s land surface, coastal shallows, and coral reefs. Each of these satellite cross every point on the Earth at nearly the same time once every 16 or 18 days, depending on its altitude. Continue reading to see more. 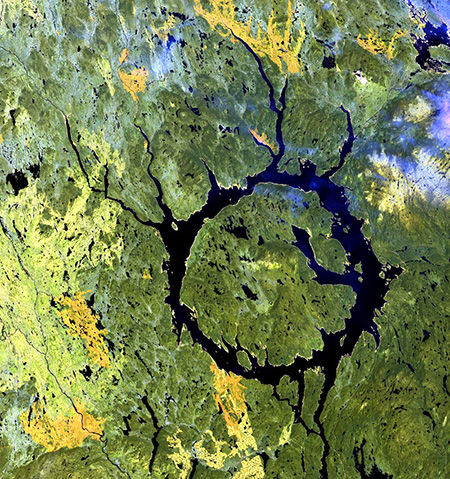 This scene shows a glimpse of the Manicouagan Impact Structure in Quebec, Canada. Lake Manicouagan and Lake Mushalagan surround the central uplift of the crater. The original diameter of the crater was 62 miles (100 kilometers), and the age has been dated at 214 million years. Shattercones (striated features found in rocks deformed by the passage of shock waves), along with shattered and brecciated rocks found in the central uplift, confirm the crater�s impact origin. 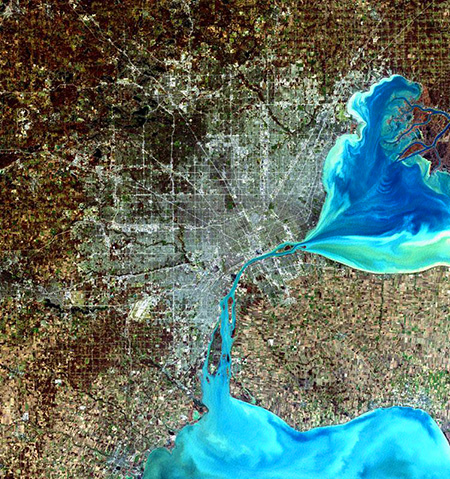 Detroit, Michigan, is commonly referred to as Motor City because of the many automobile manufacturing plants located in the city. It is the largest city in Michigan, with a population approaching one million. 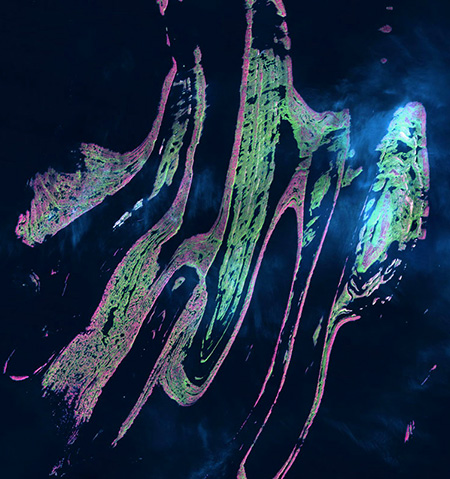 Like sweeping brushstrokes of pink and green, the Belcher Islands meander across the deep blue of Canada’s Hudson Bay. The islands’ only inhabitants live in the small town of Sanikiluaq, near the upper end of the middle island. Despite the green hues in this image, these rocky islands are too cold to sustain more than a smattering of low-growing vegetation. 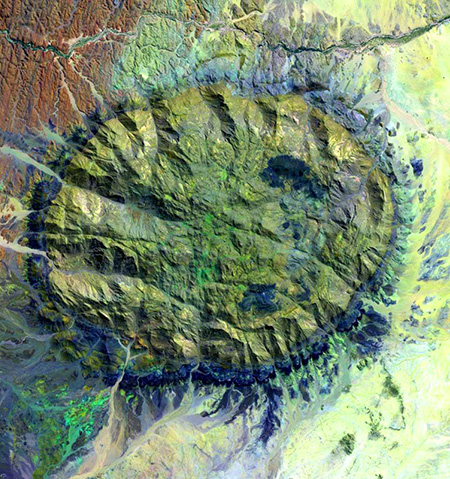 Brandberg Massif is a dome-shaped granite intrusion that covers 250 square miles (650 square kilometers) and rises 1.6 miles (2,573 meters) above its surroundings in the central Namib Desert. Brandberg Massif is an important habitat for high-altitude savannah species and is of great archaeological interest due to the many prehistoric cave paintings found among its granite cliffs. 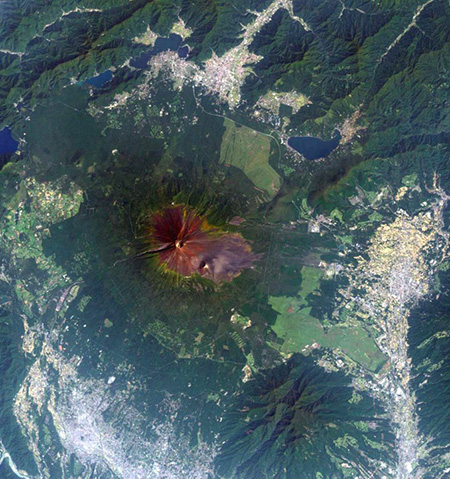 The Fuji Five Lakes area, with Mt. Fuji as the centerpiece, is one of Japan’s most popular tourist destinations. Mt. Fuji, as Japan’s highest peak at 12,388 feet (3,776 meters), is a dormant volcano that last erupted in 1707.