McDonald’s Corporation is best known as the world’s largest chain of hamburger fast food restaurants, serving around 68 million customers daily in 119 countries. They’re headquartered in the United States and began in 1940 as a barbecue restaurant operated by Richard and Maurice McDonald. Continue reading to see more. 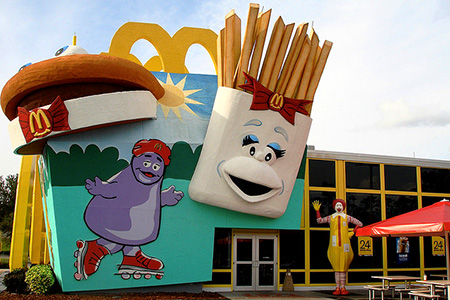 The business began in 1940, with a restaurant opened by brothers Richard and Maurice McDonald at 1398 North E Street at West 14th Street in San Bernardino, California (at 34.1255°N 117.2946°W). Their introduction of the “Speedee Service System” in 1948 furthered the principles of the modern fast-food restaurant that the White Castle hamburger chain had already put into practice more than two decades earlier. 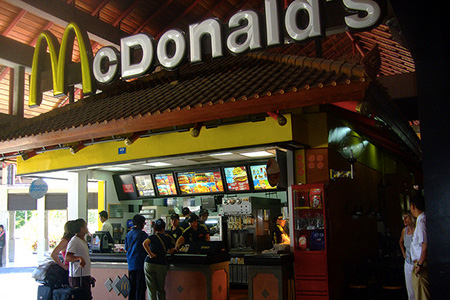 The original mascot of McDonald’s was a man with a chef’s hat on top of a hamburger shaped head whose name was “Speedee”. Speedee was eventually replaced with Ronald McDonald by 1967 when the company first filed a U.S. trademark on a clown shaped man having puffed out costume legs. 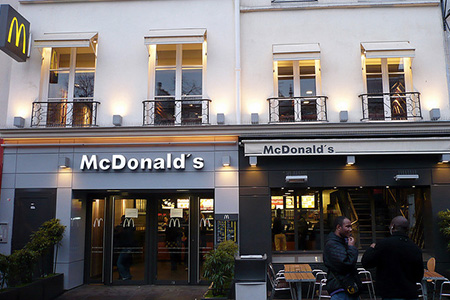 McDonald’s first filed for a U.S. trademark on the name “McDonald’s” on May 4, 1961, with the description “Drive-In Restaurant Services”, which continues to be renewed through the end of December 2009. In the same year, on September 13, 1961, the company filed a logo trademark on an overlapping, double arched “M” symbol. 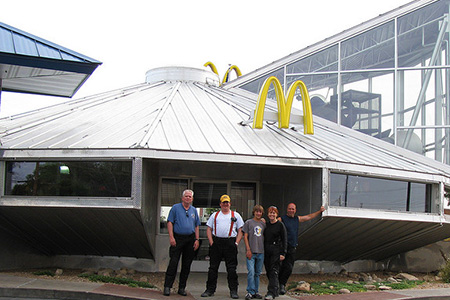 The overlapping double arched “M” symbol logo was temporarily disfavored by September 6, 1962, when a trademark was filed for a single arch, shaped over many of the early McDonald’s restaurants in the early years. Although the “Golden Arches” appeared in various forms, the present form as a letter “M” did not appear until November 18, 1968, when the company applied for a U.S. trademark. 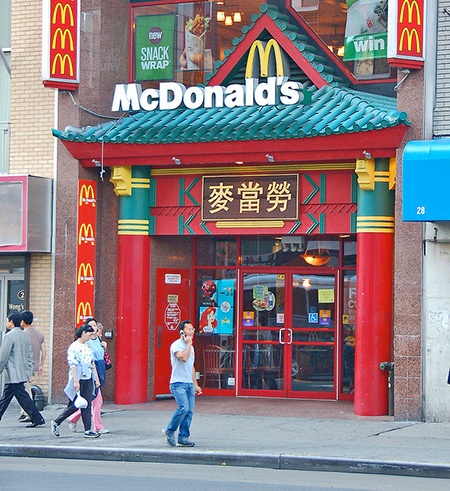 The present corporation dates its founding to the opening of a franchised restaurant by Ray Kroc, in Des Plaines, Illinois, on April 15, 1955, the ninth McDonald’s restaurant overall. Kroc later purchased the McDonald brothers’ equity in the company and led its worldwide expansion, and the company became listed on the public stock markets in 1965.

It now serves as headquarters for the Juan Pollo chain, as well as a McDonald’s and Route 66 museum. With the expansion of McDonald’s into many international markets, the company has become a symbol of globalization and the spread of the American way of life. Its prominence has also made it a frequent topic of public debates about obesity, corporate ethics and consumer responsibility.