While not very common in most parts of the world, a roll cloud basically refers to a low, horizontal, tube-shaped, and relatively rare type of arcus cloud. They differ from shelf clouds by being completely detached from other cloud features. Continue reading for five more amazing things you probably didn’t know about roll clouds. 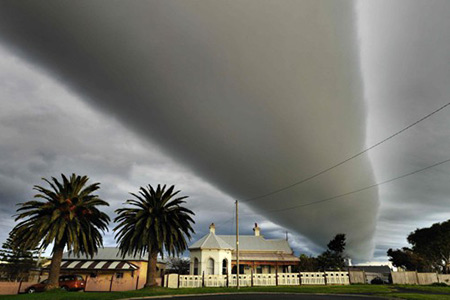 The rolling motion happens because of winds changing speed and/or direction at the inversion – when the air temperature reverses from its usual state, resulting in warm air on top of cool air – along which the weather disturbance is traveling. “The ‘shear’ across the inversion sets up a rolling motion much like that of a rolling pin used in a bakery,” said Stephen Corfidi, a meteorologist at the National Oceanic and Atmospheric Administration (NOAA). 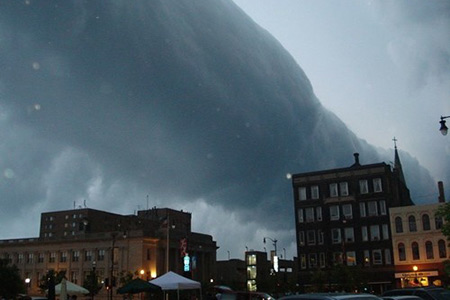 One of the most famous frequent occurrences is the Morning Glory cloud in Queensland, Australia, which can occur up to four out of ten days in October. 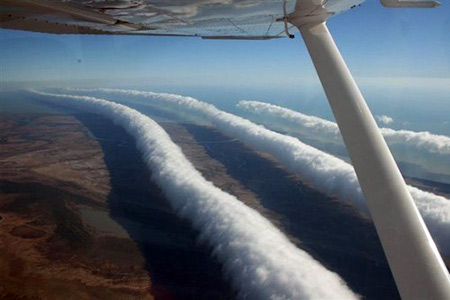 One of the main causes of the Morning Glory cloud is the mesoscale circulation associated with sea breezes that develop over the Cape York Peninsula and the Gulf of Carpentaria. However, similar features can be created by downdrafts from thunderstorms and are not exclusively associated with coastal regions. 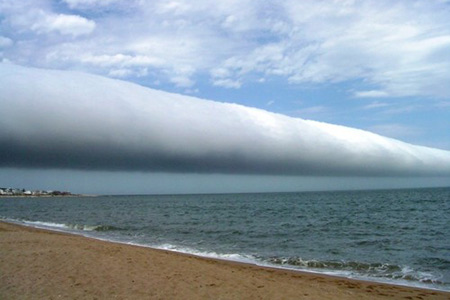 Coastal roll clouds have been seen in many places, including California, the English Channel, Shetland Islands, the North Sea coast, and costal regions of Australia.

1. Do Not Cause Storms 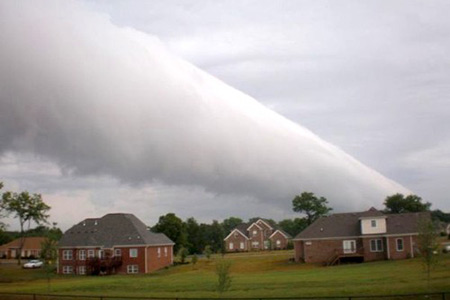