If Batman traveled back in time and became a real knight, we can only hope his armor is as cool as this fan-made version. That is just one of the many awesome Batman creations we’ve rounded up for you today, some of which you might’ve glanced over previously. Continue reading to see them all.

Chris Allen, an R/C enthusiast, built this fully-functional 70MM EDF jet-powered Batwing from scratch. Thanks to being in this hobby for 10-years, building it wasn’t a problem at all. In the comic book world, the vehicle was introduced in “Batman Versus The Vampire, I”, published in Detective Comics #31 in 1939, a story which saw Batman travel to continental Europe. 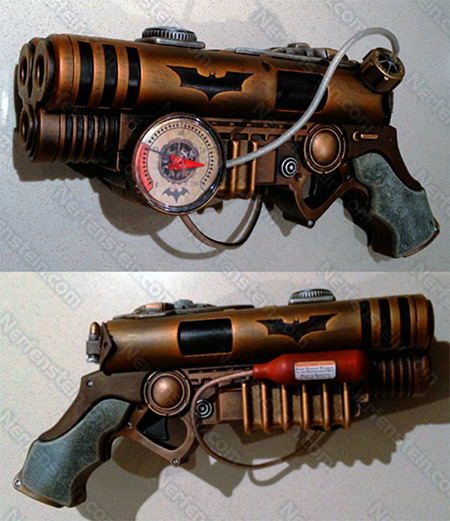 Another day, another fancy steampunk creation. This time, it’s a Batman blaster gun, created by modder “Nerfenstein”. It’s based on a Nerf Triple Barrel Grapnel that was painted copper and then given the Batman treatment. 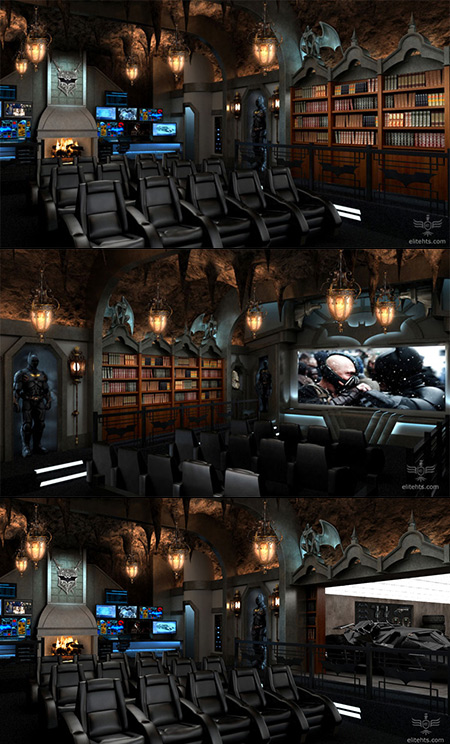 Elite Home Theater Seating put together this incredible BatCave for a client, fusing “together the cozy elements of Wayne Manor, with the Art Deco styling of Gotham City.” For those wondering, the chair model shown istheir popular Model B1 (Arm Style “B”, with Backrest #1).

The Batpod featured in the movies has 20″ front and rear tires and is powered by a high-performance, water-cooled, single-cylinder engine – geared toward the lower end for faster acceleration and with no exhaust pipes. This homemade version by a Vietnamese fan was made completely from items found in a junkyard.

Batman fanatic Chris Weir is so besotted with the Batman that he invested $120,000 (£78,000) in the bat man character – including his very own batcave in his basement. Batman comic books, Batman action figures and Batman posters are essential in any superhero fans’ collections, but for dad Chris it wasn’t enough. The married 38-year-old owns all of the above – but with an added Bat secret lair of his own.

Roku LT Streaming Player Gets 22% Reduction to $39 Shipped, Today Only