The North American X-15 is touted as the world’s fastest rocket-powered aircraft. It set speed and altitude records in the 1960s, reaching the edge of outer space and returning with valuable data used in aircraft and spacecraft design. As of 2014, the X-15 holds the official world record for the highest speed ever reached by a manned, powered aircraft. Its maximum speed was 4,520 miles per hour (7,274 km/h). Continue reading for more.

5. Designed to be Drop Launched 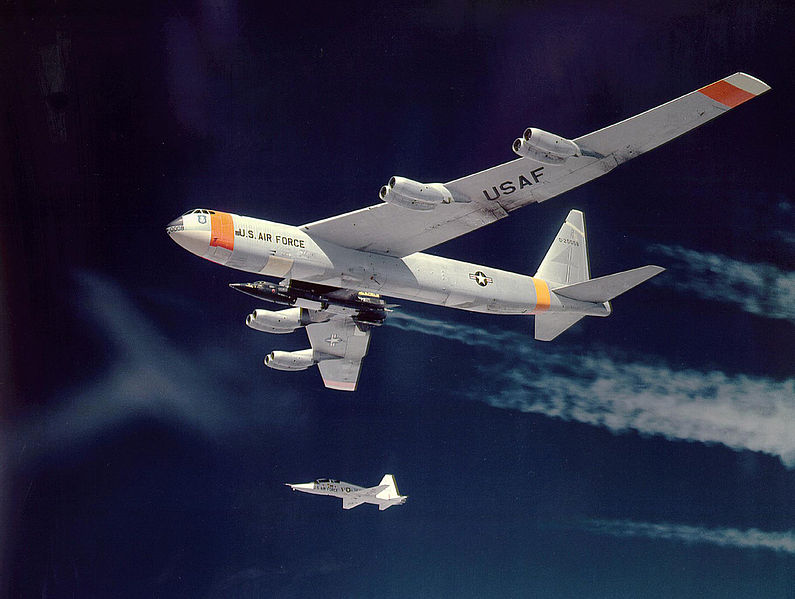 Like many X-series aircraft, the X-15 was designed to be carried aloft and drop launched from under the wing of a NASA B-52 mother ship, the Balls 8. Release took place at an altitude of about 8.5 miles (13.7 km) and a speed of about 500 miles per hour (805 km/h). The X-15 fuselage was long and cylindrical, with rear fairings that flattened its appearance, and thick, dorsal and ventral wedge-fin stabilizers. 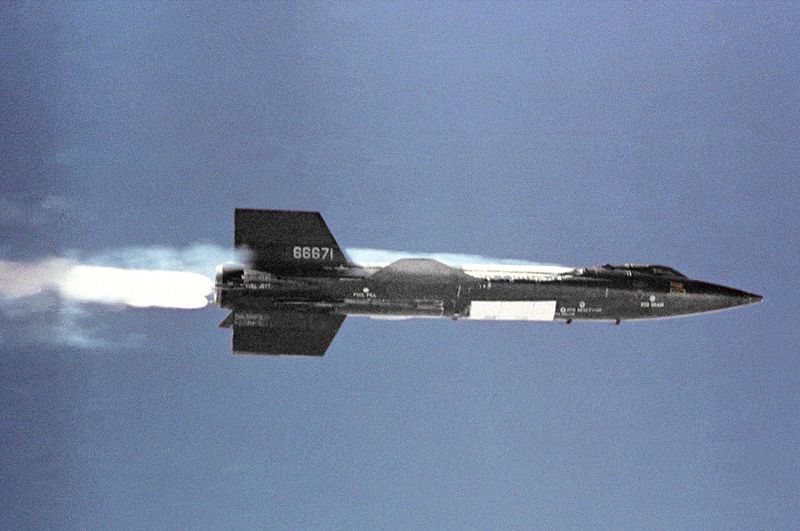 During the X-15 program, 13 flights by eight pilots met the Air Force spaceflight criterion by exceeding the altitude of 50 miles (80 km), thus qualifying the pilots for astronaut status. The Air Force pilots qualified for astronaut wings immediately, while the civilian pilots were awarded NASA astronaut wings in 2005, 35 years after the last X-15 flight. The sole Navy pilot in the X-15 program never took the aircraft above the requisite 50 mile altitude 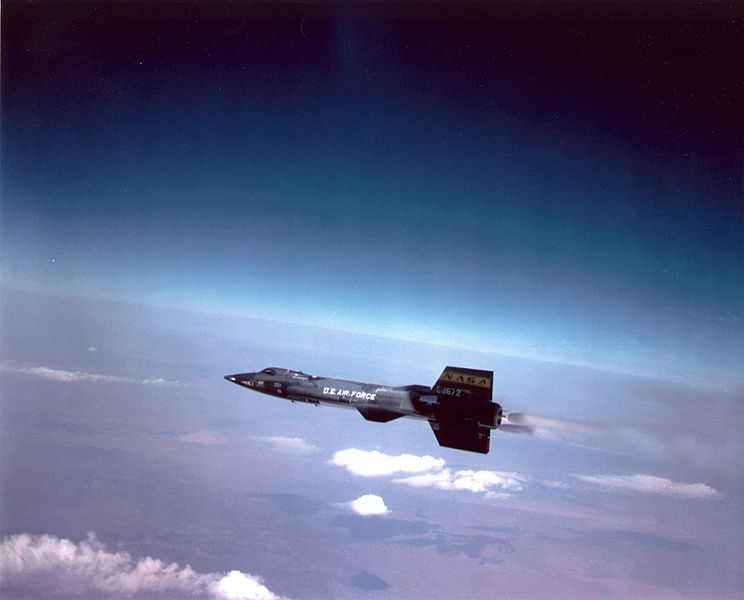 The X-15 had an ejection seat that allowed ejection at speeds up to Mach 4 and/or 120,000 feet (37 km) altitude, although it was not used during the program. In the event of ejection, the seat had deployable fins which were used until it reached a safer speed/altitude, where it could deploy its main parachute. Pilots wore a pressure suit, which could be pressurized with nitrogen gas. Above 35,000 feet (11 km) altitude, the cockpit was pressurized to 3.5 psi (0.24 atm) with nitrogen gas, and oxygen for breathing was fed separately to the pilot.

Early flights used two Reaction Motors XLR11 engines. Later flights were undertaken with a single Reaction Motors Inc XLR99 rocket engine generating 57,000 pounds-force (250 kN) of thrust. The XLR99 engine used anhydrous ammonia and liquid oxygen as propellant, and hydrogen peroxide to drive the high-speed turbopump that delivered fuel to the engine. It could burn 15,000 pounds (6,804 kg) of fuel in 80 seconds. The XLR99s could be throttled, and were the first such controllable engines that were man-rated.

The X-15 was operated under several different scenarios including attachment to a launch aircraft, drop, main engine start and acceleration, a ballistic flight into thin air/space, re-entry into thicker air, and an unpowered glide to landing. Alternatively, if the main engine was not started the pilot went directly to a landing.

The main rocket engine operated only for a relatively short part of the flight, but was capable of boosting the X-15 to its high speeds and altitudes. Without main engine thrust, the X-15’s instruments and control surfaces remained functional, but the aircraft could not maintain altitude.

Because the X-15 also had to be controlled in an environment where there was too little air for aerodynamic surfaces, it had a reaction control system (RCS) that used rocket thrusters. There were two different X-15 pilot control setups: one used three joysticks; the other, one joystick.

13 Unlikely Deaths You (Probably) Have Not Heard About

Artist Cuts Out Mind-Blowing Sculptures from Single Sheets of Paper