Technically speaking, a time slip is a paranormal phenomenon in which a person, or group of people, travel through time via unknown means. As with all paranormal phenomena, the objective reality of such experiences is disputed. Continue reading for five bizarre time slip cases where people might’ve actually time traveled. 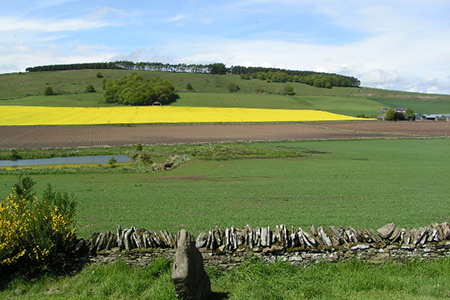 It as January, 2 1950, and a cocktail party held 10 miles away in the little town of Brechin. This party was attended by Miss E.F. Smith, a lady then aged about 55 who was resident in the village of Letham, under Dunnichen Hill. According to her own account, Miss Smith left the party late, having consumed an unspecified quantity of those delicious cocktails. Driving conditions were extremely poor.

It was pitch dark, and ‘a fall of snow had been followed by rain.’ Two miles outside Brechin, Miss Smith skidded her car into a ditch. There was, she insisted, no question of [her] skid having been due to her fainting, or other lapse of consciousness, nor [had she been] injured in any way, or concussed. She had to abandon her car, however, and continue her journey on foot – a distance of about eight miles.

The paranormal experience began when Miss Smith was about half a mile from the first houses of Letham village and it continued until she reached them. The time was getting on for 2 am. Peering ahead, she saw a groups of lights moving in the distance which, as she walked on, gradually resolved themselves into a shadowy group of figures carrying flaming torches.

Miss Smith, ‘they were obviously looking for their own dead… the one I was watching, the nearest one, would bend down and turn a body over, and, if he didn’t like the look of it, he just turned it back on its face and went on to the next one… There were several of them…. I supposed they were going to bury them.’Miss Smith had long come to the conclusion that she had somehow witnessed groups of Pictish warriors of the late seventh century, ca. 685 AD. 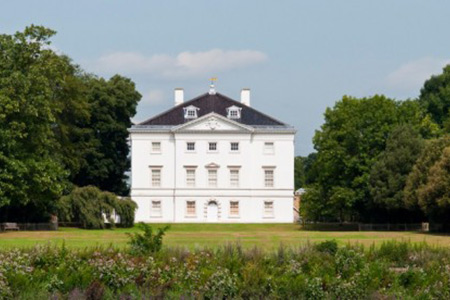 A white Ford pickup pulled up to cattle pasture near Ponca City, Oklahoma, in early Fall 1971, and stopped at a gate. Karl, Mark, and Gordon worked for cattle feed distributor and were sent to this remote area to pick up a feeder. What they found there has kept them silent for 41 years.

“We opened the gate, which was barbed wire with no lock, and entered,” Karl said. “We went on the property, which was covered with grass up to and over the hood of the truck.” They drove through the tall grass to the tank that sat close to a red barn and got out of the truck.

“We realized the tank was almost half full and too heavy to load,” Karl said. We decided to leave and drove around the red barn and we saw a large, two story white house, with no lights in front of us.” The trio drove back to the cattle feed company and the boss said he’d drain the tank and they could pick it up tomorrow.

“We went to the location to retrieve the tank the next night,” Karl said. “This time we decided to go through the old white big house on the hill and brought our shotguns.” They drove onto the property over the path they�d made through the grass the day before and loaded the tank. Then they pulled around the barn toward the house.

What they saw burned into their memories. “It was no longer there,” Karl said. “We walked up the hill where it stood and there were no signs of demolition, no foundation, nothing at all. What we all seemed to witness the night before was no longer there. We have talked to each other over the years but none of us can begin to explain this vision.” 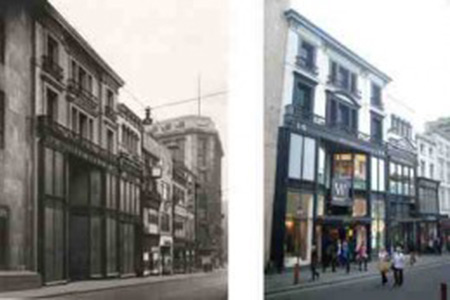 On a sunny Saturday afternoon in July of 1996, Frank and his wife, Carol was visiting Liverpool’s Bold Street area for some shopping. At Central Station, the pair split up; Carol went to Dillons Bookshop and Frank went to HMV to look for a CD he wanted. As he walked up the incline near the Lyceum Post Office / Cafe building that lead onto Bold Street, Frank suddenly noticed he had entered a strange “oasis of quietness.”

Suddenly, a small box van that looked like something out of the 1950s sped across his path, honking its horn as it narrowly missed him. Frank noticed the name on the van’s side: “Caplan’s.” When he looked down, the confused policeman saw that he was unexpectedly standing in the road. The off-duty policeman crossed the road and saw that Dillons Book Store now had “Cripps” over its entrances. More confused, he looked in to see not books, but women’s handbags and shoes.

Looking around, Frank realized people were dressed in clothes that appeared to be from the 1940s. Suddenly, he spotted a young girl in her early 20’s dressed in a lime-colored sleeveless top. The handbag she was carrying had a popular brand name on it, which reassured the policeman that maybe he was still partly in 1996. It was a paradox, but he was relieved, and he followed the girl into Cripps.

As the pair went inside, Frank watched in amazement as the interior of the building completely changed in a flash to that of Dillons Bookshop of 1996. The girl turned to leave and Frank lightly grasped the girl’s arm to attract attention and said, “Did you see that?” She replied, “Yeah! I thought it was a clothes shop. I was going to look around, but it’s a bookshop.” 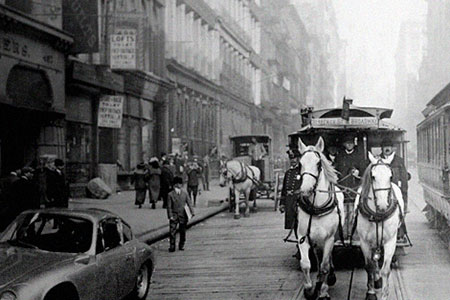 A widely-publicised case from October 1979, described in the ITV television series Strange But True?, concerned the Simpsons and the Gisbys, two English married couples driving through France en route to a holiday in Spain. They claimed to have stayed overnight at a curiously old-fashioned hotel and decided to break their return journey at the same hotel but were unable to find it. Photographs taken during their stay were missing, even from the negative strips when the pictures were developed. 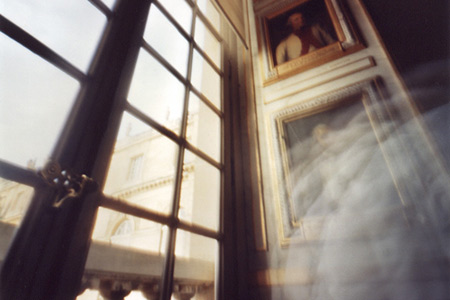 One of the best-known, and earliest, examples of a time slip was reported by two English women, Charlotte Anne Moberly (16 September 1846 – 7 May 1937) and Eleanor Jourdain (1863 – 1924), the principal and vice-principal of St Hugh’s College, Oxford, who claimed they slipped back in time in the gardens of the Petit Trianon at Versailles from the summer of 1901 to the period of the French Revolution