The jewel caterpillar isn’t the only beautiful translucent animal that you can find in nature, we’ve rounded up seven more, including the “Glass Frog” above, for your viewing enjoyment. Continue reading to see more – plus a bonus video. 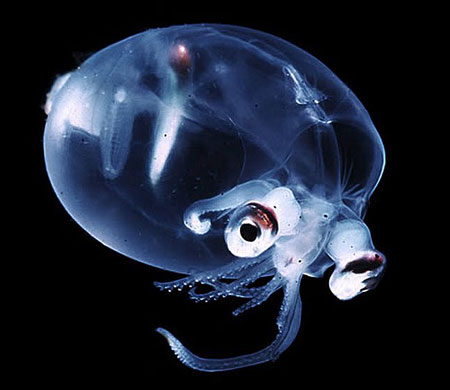 The googly-eyed glass squid is a blue, transparent organism with a body size of approximately 200 mm (7.9 in.) and notably large eyes. Mantle thickness is only a few millimeters. Females are slightly larger than males. The squid has eight short tentacles and a slightly longer pair at the end of its rather swollen body. The only visible internal organ is the digestive gland, similar to the liver of a chordate. As a defense, the squid is able to engorge itself with surrounding water to dramatically increase in size, appearing more intimidating. The squid is also able to escape predators using jet propulsion. 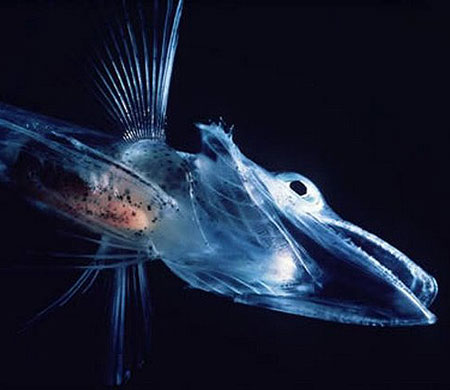 The crocodile icefish or white-blooded fish (Channichthyidae) are a family of perciform fish found in the cold waters around Antarctica and southern South America. Their blood is transparent because it contains no hemoglobin. Red blood cells are usually absent and if present are rare and defunct. Oxygen is absorbed directly through their scaleless skin from the water. It is then dissolved in the plasma and transported throughout the body without the hemoglobin protein. 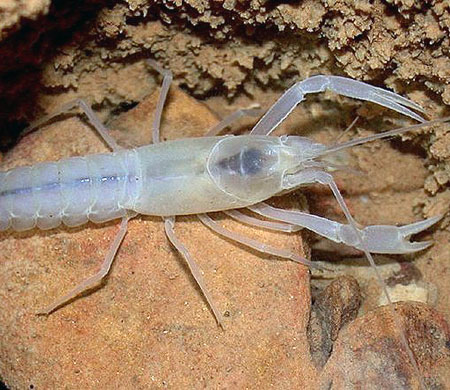 Caves are some of the darkest places on the planet – even sophisticated light-gathering instruments are unable to register a single photon in the deepest, darkest caves. Under these conditions, creatures including fish, spiders, insects and crayfish have evolved into “troglobites”: animals so precisely adapted to living in darkness that they cannot survive outside cave environments. 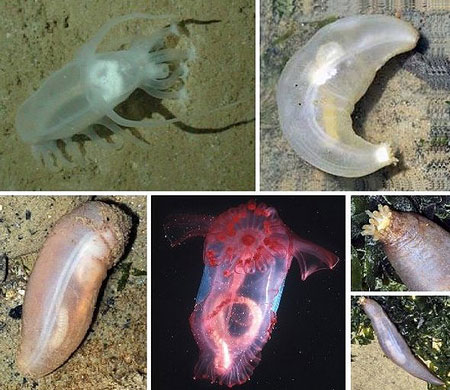 Sea Cucumbers are an ancient lineage of sea creatures who have evolved a variety of ways to survive and thrive over hundreds of millions of years of evolution. For some Sea Cucumbers, being transparent allows them to fly under the radar, as it were, of predators in search of a quick and easy kill. 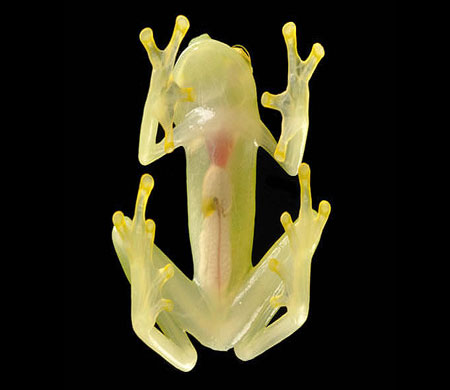 Umm, not so fast, prof� have you seen the “glass frog” (above), native to the Venezuelan rainforest? Like the transparent frogs selectively bred in the lab from generations of pale-skinned Japanese Brown Frogs, the Glass Frog’s internal organs and eggs can be seen without too much trouble.

One Trainer Ash Never Wants to Battle in Pokemon

You Won’t Believe How This Geek Fries His Computer