For those who aren’t familiar with the Hubble Space Telescope, it “was carried into orbit by a Space Shuttle in 1990 and remains in operation – Hubble’s four main instruments observe in the near ultraviolet, visible, and near infrared.” Starting off, we have a stunning image of the Sombrero Galaxy, which is 28 million light-years from Earth. Continue reading to see five breathtaking images (two bonus videos included) captured by the space telescope. 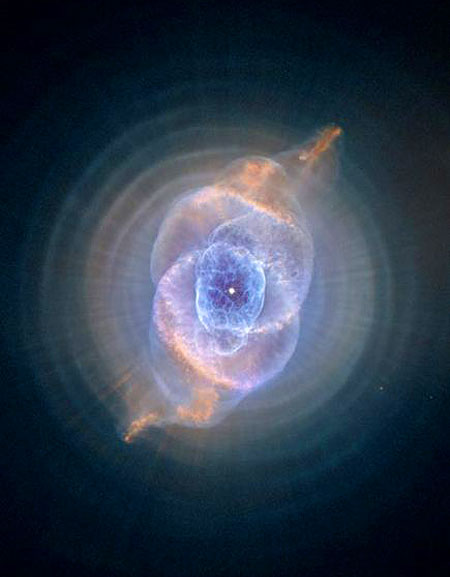 The intricately shaped Cat’s Eye nebula is formed from concentric gas bubbles and high-speed jets ejected from the outer layers of a dying star. One theory is that the gases were released at 1,500-year intervals, giving the nebula its layered appearance. 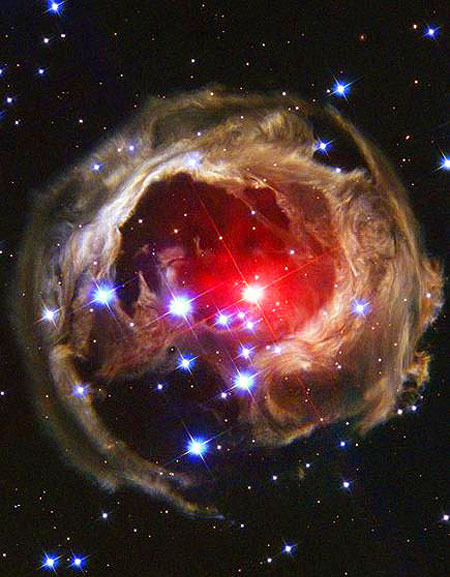 A pulse of light emitted in 2002 from a red supergiant star called V838 Monocerotis illuminates a cloud of interstellar dust. The dramatic whorls around the central star are trillions of miles across and were unknown to scientists until Hubble snapped this image in 2004. 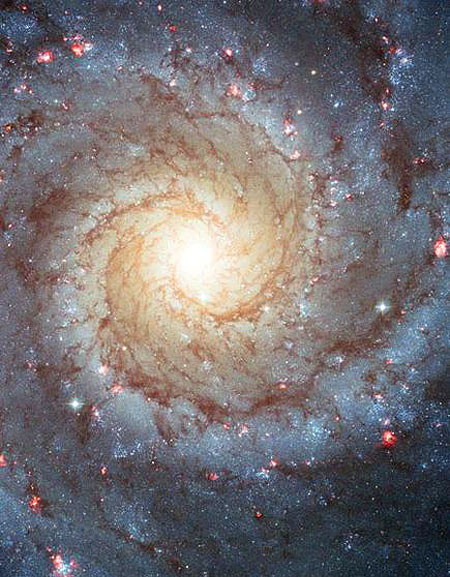 A face-on view of the Messier 74 galaxy shows billions of stars forming within its spiral arms. The clusters of blue are young stars, and the pink areas indicate concentrations of ionized hydrogen. Messier 74 is home to about a hundred billion stars, slightly fewer than the Milky Way has, and sits near the constellation Pisces some 32 million light-years away. 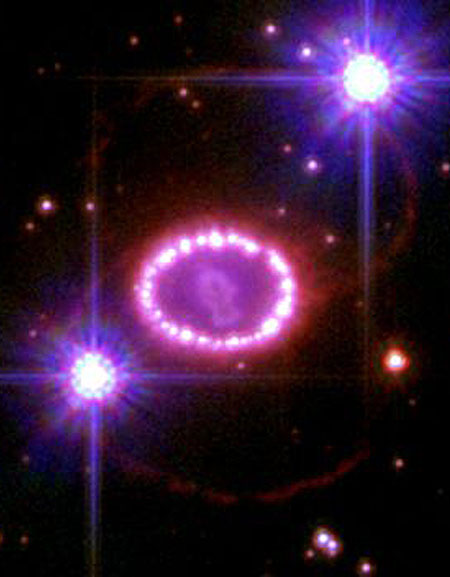 A Hubble image of supernova 1987A shows a glowing wheel of debris ejected by a dying star some 20,000 years before it exploded. The ring, described as “cosmic pearls,” is being illuminated by a shockwave of material emitted by the massive supernova explosion. The two bright spots outside the ring are stars in the Large Magellanic Cloud. 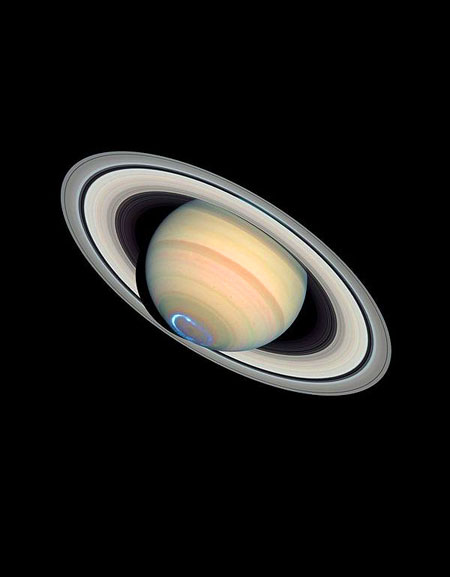 Streams of charged particles blasted from the sun collide with Saturn’s magnetic field, creating an aurora on the planet’s south pole. Unlike Earth’s relatively short-lived auroras, Saturn’s can last for days. Scientists combined ultraviolet images of the auroras, taken by Hubble over a period of days, with visible-light images of the ringed planet. In this view the aurora appears blue because of the ultraviolet camera, but a Saturn-based observer would see red light flashes.

Lotus Evora GTE is Company’s Most Powerful Car Ever