Many classified (some formerly) aircraft, such as the RQ-3 DarkStar and TR-3B Aurora, were mistakenly called UFOs, and we’ve rounded up five such examples to show just how far we’ve come in the aviation world. Continue reading to see them all. 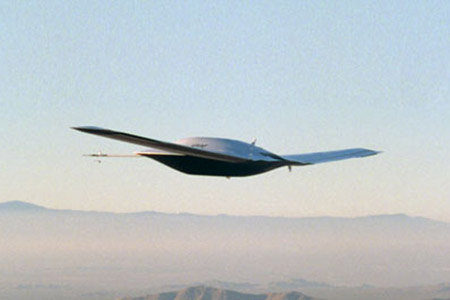 The RQ-3 DarkStar’s official first flight was on March 29, 1996. It’s basically a “high-altitude endurance UAV”, and incorporated stealth technology to make it difficult to detect, which allowed it to operate within heavily defended airspace, unlike the RQ-4 Global Hawk, which is unable to operate except under conditions of air superiority. This aircraft was fully autonomous, meaning that it could take off, fly to its target, operate its sensors, transmit information, return and land without human intervention. However, human operators could also change the DarkStar’s flight plan and sensor orientation via radio or satellite relay. The RQ-3 carried either an optical sensor or radar, and could send digital information to a satellite while still in flight. It used a single jet engine of unknown type for propulsion. 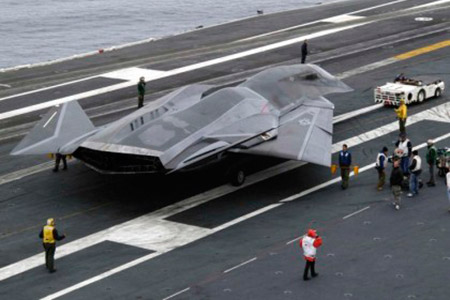 The US government is reportedly testing the SR-91 reconnaissance aircraft, successor to the SR-71. This top-secret aircraft can travel at Mach 5-6 at an altitude of 100,000-feet-plus, whereas the SR-71 can only achieve Mach 3.5 at around 80,000-feet. It boasts next-generation stealth technology that may include cloaking.

Northrop Grumman’s B-2 Stealth Bomber features low observable stealth technology designed for penetrating dense anti-aircraft defenses; it is able to deploy both conventional and nuclear weapons. During manufacturing, a former car plant in Pico Rivera, California was acquired and heavily rebuilt; the plant’s employees were sworn to complete secrecy regarding their work. To avoid the possibility of suspicion, components were typically purchased through front companies, military officials would visit out of uniform, and staff members were routinely subjected to polygraph examinations. The secrecy extended so far that access to nearly all information on the program by both Government Accountability Office (GAO) and virtually all members of Congress itself was severely limited until mid-1980s.

Purportedly, the TR-3B crafts are stored in a hanger built into a side of a mountain near DARC (Defense Advanced Research Center), which is located inside the Nellis Range, some 10 stories underground. It boasts a circular, plasma-filled accelerator ring called the Magnetic Field Disrupter that surrounds the rotatable crew compartment. The plasma, mercury based, is pressurized at 250,000 atmospheres at a temperature of 150 degrees Kelvin and accelerated to 50,000 rpm to create a super-conductive plasma with the resulting gravity disruption. The MFD generates a magnetic vortex field, which disrupts or neutralizes the effects of gravity on mass within proximity, by 89%.